Civil-Military Relations in Brazil: A Reassessment

We recently published an article about this topic in the Journal of Politics in Latin America1 as we found the literature in English on civil – military relations and national defense in Brazil to be very dated or polemical. While Alfred Stepan and Wendy Hunter made major contributions to the study of civil-military relations in Brazil during the democratic transition in the late 1980s and early 1990s, their analysis is dated. There are a few Brazilians and North Americans currently writing in English on civil-military relations but we find their analyses partial and very subjective.

Yet, in Brazil itself, at the government level and in academia, there is a great interest in the topic of civil-military relations. The Brazilian government has recently published three documents on national defense policy. There have now been nine annual meetings of the Associaçao Brasileira de Estudos de Defesa (ABED) with attendance in excess of 700. And graduate students are publishing theses and articles on various aspects of civil-military relations and national defense.

Meanwhile, in the United States and the European Union, some government agencies and think tanks, cognizant that Brazil is now the 7th largest economy in the world, a member of the BRICS, and currently purchasing modern fighter jets from Sweden and building, with French assistance, modern submarines, including a nuclear powered submarine, are demonstrating keen interest in Brazil as a market for defense equipment and technology.

In view of these extremely important developments we reviewed the available literature in English, and in Portuguese for that matter, and found it wanting.  Much of the literature, does not take note of the fact that Stepan wrote his authoritative Rethinking Military Politics: Brazil and the Southern Cone (Princeton University Press) in 1988, in the middle of the democratic transition. Today Brazil is a consolidated democracy with free and fair elections; a plethora of political parties; and the military plays virtually no role in politics. Indeed, the recently re-elected President, Dilma Rousseff, was a militant fighting against the military regime of 1964-1985, and the National Truth Commission just published its report on human rights abuses, mainly during the military regime.

In order to capture what we consider crucial in current civil-military relations and defense policy we utilized a framework developed by Bruneau in his work with the military in emerging democracies in all parts of the world. Rejecting much of the current literature, influenced as it is by the work of Samuel Huntington in his The Soldier and the State published first in 1957, which is more normative political theory than empirical analysis, we sought to put the analysis of civil-military relations and defense policy on an empirical basis.

The framework directs attention to not only the achievement of democratic civilian control over the armed forces, but also whether the forces can be effective in implementing the roles and missions assigned by the civilian decision-makers, and, finally, whether they are efficient in the use of resources.  The resulting analysis forces us to look to the institutions and processes whereby control might be exercised, the institutions and resources that might allow effectiveness, and the presence or absence of institutions to maximize the efficient use of resources.

Utilizing this framework to analyze democratic civilian control we found that the combination of the Ministry of Defense, founded in 1999, and the Ministério Público, or Public Ministry, which is nearly a fourth branch of government in contemporary Brazil, provide the basis for control and oversight, and the dominant role of the civilian-controlled concurso and the Ministério da Educação, guarantees the implementation of civilian-defined priorities in Professional Military Education.

Our framework posits, based on global experience, the requirements for the effective implementation of roles and missions, which include not only being prepared for armed conflict, but also peacekeeping and support to civilian authorities in natural disasters and policing.  We found that, despite the three recently published documents on national defense and policy, there is currently nothing that can be considered a strategy, and Brazil, with 1.29% of GDP committed to defense, 73% of which goes to pay for personnel is in stark contrast to other members of the BRICS and the members of the United Nations Security Council, which Brazil aspires to join as a permanent member, are not surprising, since, as frequently stated by Brazilian government officials, “Brazil has no enemies.”

Brazil does possess a very powerful Supreme Audit Institution, or SAI, similar to the U.S. Government Accountability Office, in the form of a Tribunal de Contas da União, or TCU.  This institution, in implementing extensive legislation on the use of public resources, does guarantee efficiency in the use of the limited resources allocated to national defense.

In sum, by all imaginable criteria Brazil is a consolidated democracy and as a central element of the consolidation the democratically elected civilians control the armed forces.  However, as there are no identifiable threats requiring a strong defense, the civilian decision-makers do not perceive the need to define either a strategy or provide many funds to the armed forces. The resources that are provided are closely audited by the TCU. 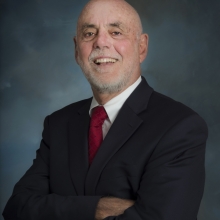