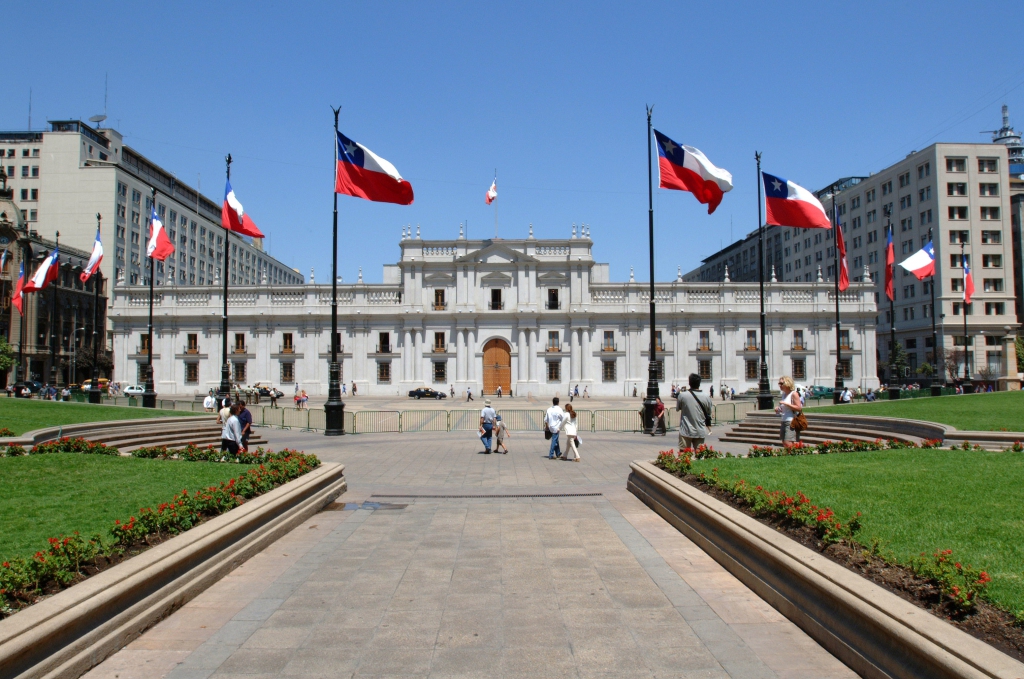 The Chilean national plebiscite is a reaction to the social protests and demonstrations that began in Chile in October of 2019 and have continued since then. The protests originated as a response to a rise in the price of transportation costs, specifically metro fares. These protests reflect a long sentiment of civil discontent in a generally stable country in Latin America. The protests began in the capital of Chile, Santiago, where students have led the anti-government movements. The students have named numerous issues with the current administration, including social inequality, human rights violations, and the flaws in the economic system left healthcare and higher education unaffordable (Simon 2020). In Chile, higher education and healthcare were both privatized during the military dictatorship of Pinochet, which instituted many austere neoliberal economic policies. These policies focused on the privatization of industries and deregulation to promote a free market economy. Protesters especially feel that the current billionaire, Harvard-educated Chilean President, Sebastian Piñera, does not represent them. The billionaire’s election as President reflects a greater pattern in Latin America where only the higher educated elites can obtain a position in politics.

After the protests began, Pinera took a hard stance in an attempt to reduce the social movements. “Soon after the unrest began, Chile’s President Sebastián Piñera deployed troops and militarized police, declaring that the country was ‘at war with a powerful and uncompromising enemy’” (Barlett 2019). The heavy presence of military personnel has contributed to the death toll and high rates of violence against protestors. According to The Guardian, there have been at least 23 deaths, 2,300 injuries and 7,000 protesters detained (Barlett 2019). Piñera has responded to organizations like Amnesty International that has called out the excessive abuse by withdrawing the military, but the Chilean police force, the carabineros, have remained. Piñera’s response and the militarized reaction to protesters have left many families devastated with the loss of their loved ones. Many have recognized the response to protests as especially violent, reminding them of the time in which Chile was under the military dictatorship of Agusto Pinochet. Since October, police brutality has been reported to include, “beatings, rapes in police stations, and toxic material in water cannons” (Dorfman 2020). Others have reported injuries from pellets from shotguns and rubber bullets, along with the use of tear gas. The amount of injuries, particularly eye injuries, were so high that the Chilean police chief suspended the use of rubber bullets. This was in response to the investigation and revelation by the University of Chile that, “they could be made up of as little as 20% rubber and contain harmful substances such as lead” (Laing 2019). On November 26th, 2019, approximately one month after the protests began, the Human Rights Watch reported that the Chilean emergency services had treated 11,563 injured people from the protests (Human Rights Watch 2019).

The demonstrations have put an immense amount of pressure on the Chilean government, which has responded and tried to appease the people. Shortly after the protests began, President Piñera declared a state of emergency, which gave him the supposed justification to deploy the military (Human Rights Watch 2019). He has since suspended the rise in subway fares, raised pensions, reshuffled his cabinet, and proposed the national plebiscite to rewrite the constitution (Krygier 2020). In addition, he has also raised the minimum wage (Aljazeera 2020). However, Piñera’s popularity has still fallen. According to the New York Times, “The approval ratings of President Sebatián Piñera of Chile, who leads a right-wing government, have sunk to six percent” (Dorfman 2020). The fall of Pinera’s approval is paralleled in the approval rating of the National Congress of Chile, which is led by the leftist opposition. This emulates a heavier anti-government sentiment by the people that do not feel represented by the current administration, institutions, or constitution.

The current Chilean constitution was drafted in 1980 under the previous dictator, Agusto Pinochet. While it has seen revisions and amendments after its initial conception, the Chilean people remain unhappy with it, demanding modifications. “The new constitution is expected to tackle at least some of the concerns that brought people to the streets in the first place, including government recognition of health care and education as basic human rights” (Krygier 2020). Health care and education have remained a key demand by protestors in Chile, who want the new constitution to “establish the state’s responsibility to provide education and healthcare” (Aljazeera 2019). The outcome of whether or not Chile will have a new constitution, and whether it will meet the demands of the people, will be revealed in April. No matter what the new constitution might do, it will never be able to repair or amend the excessive human rights violations that many protesters have faced.

The conflict in Chile represents the greater question of whether out of touch, wealthy elites can respond to and assist the needs and requests of the people. Generally, these demands seek the spread of wealth, the empowerment of lower classes, and anti-corruption measures on the elite, which can jeopardize the positions of those in power. How can an elite member address the desires of anti-elitist people? This is notably relevant with a long history of self-serving, greedy upper class men in power in Latin America. The protests in Chile also reflect a larger pattern, in which Latin American countries have organized and protested successfully, forcing the government to respond with real change. The success of protests is less visible in the United States, where many movements and demonstrations seldom see progress in the systems they oppose. The international pressure from organizations, including Amnesty International and Human Rights Watch, will hopefully decrease the excessive force used by Chilean officers and compel the current administration to recognize the demands of the people as legitimate and authentic. In due time, we can only hope that the Chilean people will be present in the redrafting of the national constitution, that will better protect and serve their interests and basic human rights.