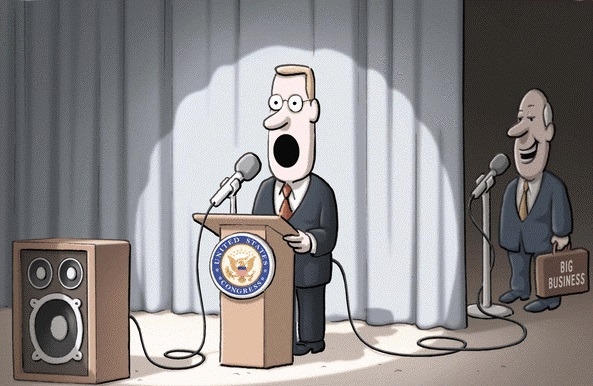 Donald Trump is but one of many individuals in the American continent that went from being a businessman to a political leader. They managed businesses, amassed fortunes and then one day, they entered the political arena. Before Donald Trump, there was Argentinian President Mauricio Macri, who joined the political club about a year ago. There are two others currently in presidential positions: the Paraguayan Horacio Cartes and the Panamanian Juan Carlos Varela. If you add those who completed their mandates recently, the list includes the Chilean Sebastián Piñera, the Mexican Vicente Fox, the Panamanian Ricardo Martinelli, the Ecuadorian Álvaro Noboa, owner of a giant banana export company, and the Bolivian Samuel Doria Medina, who made his fortune in the cement industry.

We hear about corruption in Latin America. We hear about the corruption staining our political system in the U.S. But these candidates bring something revealing to the electoral table; a warranty of greater honesty to the public.  After all, they are already millionaires, and assert they can fund their own campaigns and bring heightened appeal to other likeminded entrepreneurs.

The majority of US presidents have been lawyers or career politicians. Twenty-one were both.

Still, how the world will look at the U.S.’s reaction to events around the world remains a hot and opaque issue.  One thing is sure, the Trump family’s financial ties with foreign players are likely to keep things opaque. And there will be questions regarding the role of the U.S as the model nation in the effort to curb the corrupt intermingling of state power with vast business enterprises controlled by the political elite.  No responses will be forthcoming from Trump, and the waiting period that will eventually unveil any answers is likely to be nerve wracking.

After all, Trump’s transition into the White House has apparently been nothing short of effortless; signing his businesses’ management onto his children.  What’s worse, Trump has acknowledged that his new position as the future president of the United States has potential to enrich his family further.  Pointing to the fact that one of his hotels is just a few blocks from the White House, the Trump administration has even gone as far as urging diplomats toward “patronizing [it] when in town.”[1]

There is a strong likelihood that this would be the case.  In Latin America, we witness as much.  Mauricio Macri’s political life has enabled him to amplify his business and grow his empire.[2] Macri and other presidents have been objects of investigation for fraud and even suspicion of involvement with drug cartels. But similar to Trump, prosecution of any alleged crime was null.[3]

And as former Argentinian president Cristina Fernández Kirchner, put it, “a nation is not an enterprise.”[4] Despite the truth in this statement, in the world of politics things have always been, and will continue to be, business as usual. It appears that the world belongs, after all, to those who have the money – and to those who with that money control income-producing land and businesses.[5]