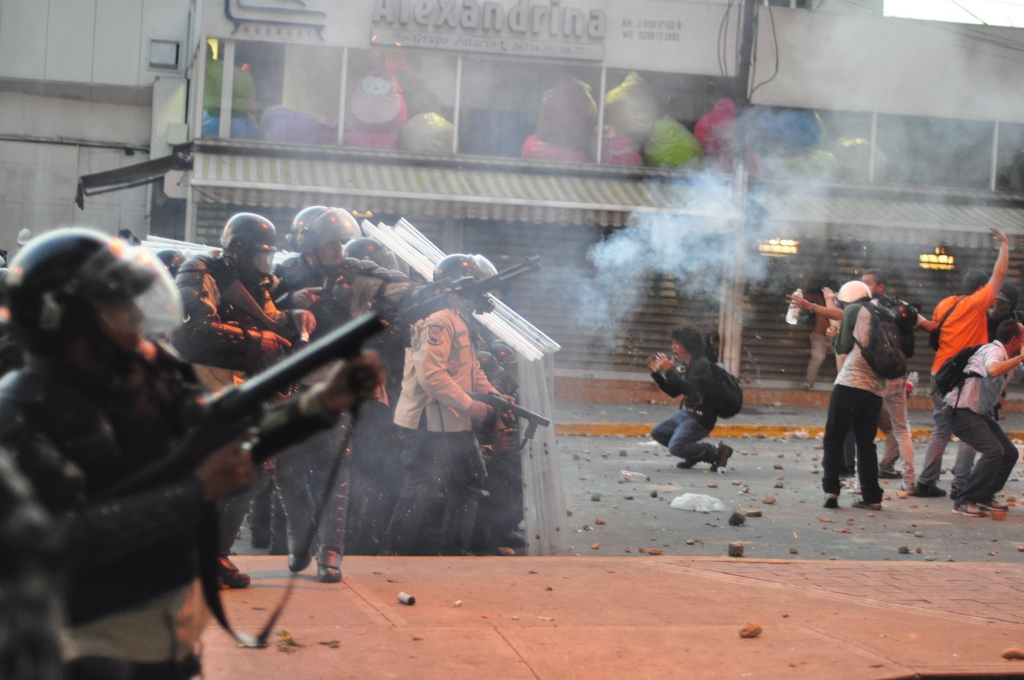 In response to the inauguration of incumbent President Juan Orlando Hernandez on Sunday, January 27, protests have once again erupted throughout the capital city of Tegucigalpa, prompting a severe crackdown by armed forces.

Honduras has been plagued by strikes and protests in what appears to be the country’s largest political crisis since the coup of President Zelaya in 2009. Now, thousands of people have taken to the streets throughout the country amid suspicion of voter fraud that secured the victory once again for Hernández of the conservative National Party of Honduras (PN).

The recent protests in Honduras have been widely publicized due to the high level of violence that has been reported, both by protestors and by the armed forces. Since the November election, more than 30 people have been killed, hundreds injured, and over 1,000 detained by security forces (LA Times). Tensions have been even further inflamed due to an especially high level of violence and intimidation that has been used by the Honduran security forces against unarmed protestors.

The elections, which took place in late November, initially seemed to be in favor of opposition candidate Salvador Nasralla of the Alianza de Oposicion political alliance, who had almost a 5-point lead ahead of Hernandez as the vote-counting began. However, the circumstances quickly changed, and the incumbent president emerged the apparent winner. This sudden and statistically unlikely change, along with reported technical irregularities and an abnormally long vote-counting period, immediately sparked doubt and criticism, with observers from international organizations including the Organization for American States and the European Union calling for a new election.

Along with accusations of voter fraud, people are protesting Hernandez for the questionable constitutionality of his run for reelection. During his administration, the president was heavily criticized for his decision to overturn the country’s preexisting constitutional ban on presidential reelection. Because of this recent change, Hernandez is the first president in Honduras to be elected for a second term since the constitution was established.

Since the election, thousands of security forces have been deployed, including military police and groups of elite riot officers known as Cobras (The Guardian). When protests erupted just after the election in November, President Hernandez quickly ordered a 6 p.m. curfew in the capital of Tegucigalpa to be enforced by the Cobra forces; however, many of the Cobras dissented and refused to follow these orders, instead joining in some of the protests. These rogue officers determined that to confront the protestors would be a symbol of partisan support for the president, and instructed the police to ‘act with your conscience’ instead (BBC News).

However, this desire to act by conscience appears to have been short-lived, as many members of the police and military force have resorted to brutality and intimidation as a strategy for repressing protestors. Following a nationwide strike on Hernandez’s inauguration on Sunday, the Honduran security forces were denounced by international organizations including the OHCHR (Office of the United Nations High Commissioner for Human Rights) for the ‘widespread and indiscriminate use of tear gas’ as a method for subduing unarmed protestors (TeleSur).

This criticism by international organizations has aroused international attention and has shone a light onto the problem of police brutality in Honduras—and, perhaps more importantly, the lack of punishment. The United Nations’ Human Rights Watch has reported that excessive force by military and police personnel—including killing, abduction, torture, rape, and robbery—is a ‘chronic problem’ in Honduras, with activists and protestors among the most vulnerable.

Since the November elections, the security forces appear to have cracked down especially hard on the leaders of social and environmental activist groups. Several members of Movimiento Amplio (MA), an environmental activist group that has opposed dam construction under President Hernandez, have been intimidated, threatened, and beaten by security forces. These assaults indicate an escalation of brutality by security forces as a response to the disarray that the country has been in since the election.

International agencies including the United Nations have publicly denounced the excessive use of violence by Honduran security forces, and the high levels of corruption in the judiciary that make impunity the norm.

In light of the chaos that has overtaken Tegucigalpa in recent months, it likely that people will continue to protest the allegedly illegitimate election of Hernandez. The anger towards the results of the election, along with the harsh responses by security forces, has only added fuel to the fire in terms of generating support for the opposition.

“Honduras is facing a political crisis”, said Adriana Beltran, a Honduras expert for the Washington Office on Latin America. “If these issues are not addressed effectively, it will lead to greater instability” (LA Times).