A “Coup” in Venezuela? Maduro's Rule Moves Towards Autocracy 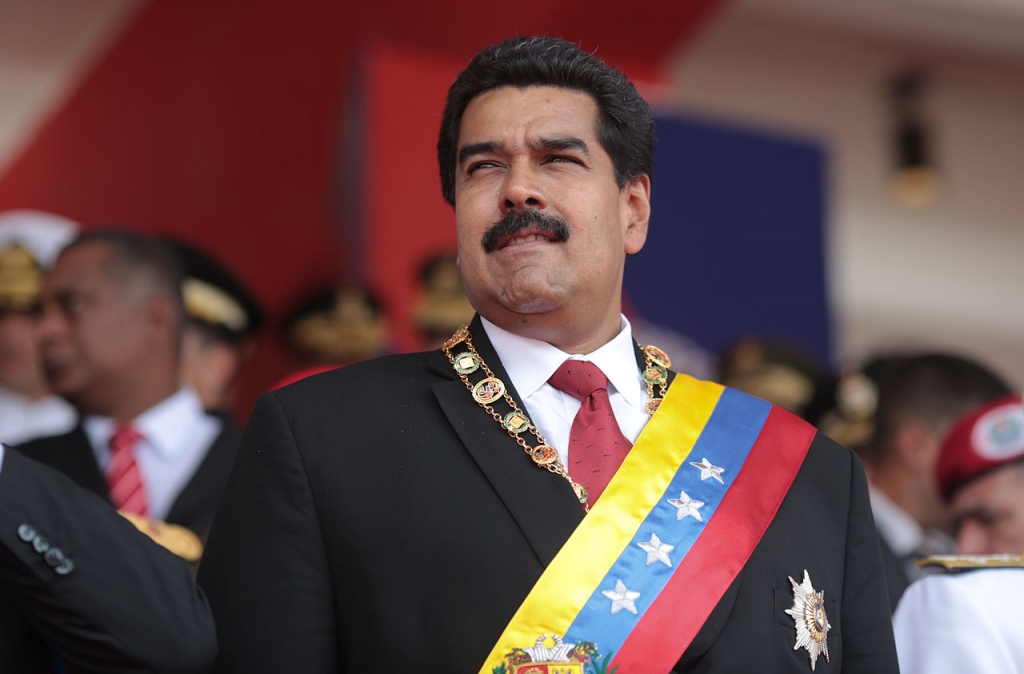 “This government is going to fall!” was the chant that echoed through almost 50 cities and towns across Venezuela as part of the nationwide movement protesting President Nicolas Maduro’s rule. The “Takeover of Venezuela,” which took place on October 26, was organized by Maduro’s political opposition and included hundreds of thousands of participants.1 What was meant to be peaceful, however, quickly turned violent. Over a hundred injuries were reported, along with dozens of arrests.1,2 Protesters in San Cristobal threw rocks and gasoline bombs at police.3 Three students were shot and two others beaten in Maracaibo; two police officers were also shot in San Antonio de los Altos, one fatally.2,3

Unrest in Venezuela isn’t anything new—the country has descended into utter and complete economic disarray under Maduro, and protests have been building for years now—but this round of protests, the most extensive and potent in months, was sparked by the cancellation of the recall referendum that was going to give the Venezuelan public the chance to take Maduro out of office. Maduro’s opposition were gearing up for months to set the referendum in motion, and polls say that 80 percent of Venezuela supports them in their efforts to see Maduro go.4 But on October 20, four lower electoral councils canceled the referendum, citing fraud by the opposition.4,5

This move worried the international community as much as it enraged Venezuela: Maduro has officially gone against Venezuela’s constitution. It’s no secret that Maduro controls the judicial branch of the government, as well as the military.6 Earlier in October, the Supreme Court effectively took away the congress’s budgetary powers and delivered them into Maduro’s hands, raising questions of autocratic rule. Because three legislators were seated despite a ruling against it, the court declared the National Assembly in contempt, and any laws it passes unconstitutional. As a result, President Maduro does not have to put his budget plans through the opposition-dominated congress. Instead, he presents it directly to the Supreme Court, which is populated by leftists loyal to him.4

Now, the cancellation of the recall referendum has heightened fears of autocracy. While the right of the public to vote its head of state out of office is not a typical one—in fact, out of all the countries in the world, only Bolivia, Ecuador and Venezuela have the ability to hold a public vote to recall the president—the right of the people to recall any elected official is written into Venezuela’s constitution.5 The courts’ invalidation of this right has brought Maduro’s government under fire, even more so than it was before. Apparently, the government even attempted to impede demonstrations on the 26th by constructing roadblocks and closing underground transport to prevent protesters from entering Caracas.1

The National Assembly has accused Maduro of attempting a coup, and has voted to put him on political trial.4,7 But the trial, regardless of its outcome, will likely have no direct effect on Maduro, because the Supreme Court has declared it illegitimate.6 Besides, constitutionally only the Supreme Court can impeach the president, which it will not do.4

The military responded to the opposition’s accusations by denying that any sort of coup was being conducted, saying that “no act of force” has been used to validate that claim.7 For his part, Maduro said that it was not he, but the opposition who was trying to carry out a coup.6 The president has sat down with members of the opposition for talks which the hope of easing the ever-deepening standoff, but critics say that he is only stalling for time as the national crisis intensifies.8