Vulnerable Women in a Thriving Country: An Analysis of Twenty-First-Century Domestic Workers in Peru 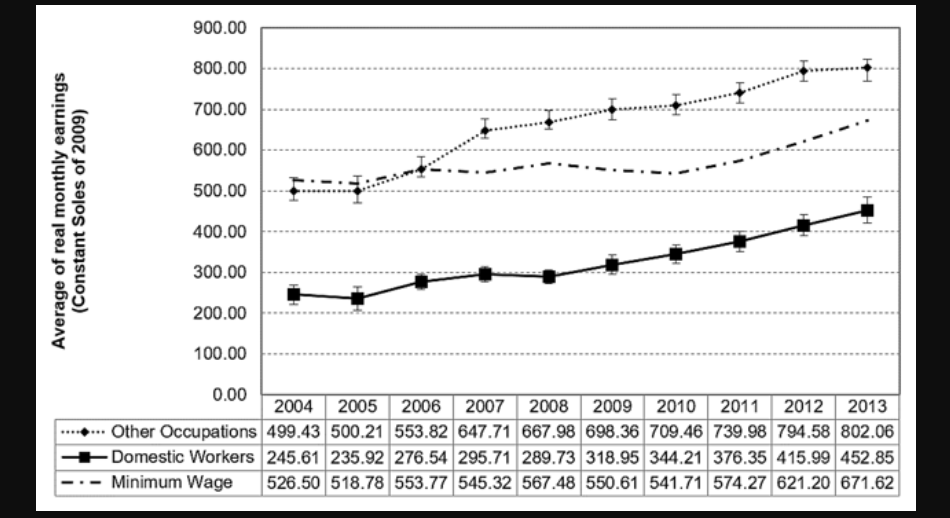 When we spoke in Lima in the summer of 2015, “Elizabeth” was just shy of her 19th birthday.  Born in Huaraz, a department in the northern Peruvian highlands, she had come to Lima less than a year before to work and send money back home to her two-year old son.  Like so many other female migrants in the nation´s capital, “Elizabeth” was working in domestic service when we met.   Her hope, also, was to finish high school and later, proceed with post-secondary studies.

“Elizabeth” managed to finish her secondary degree while working for a family of four as a live-in domestic worker; however, when she thought she might continue her studies at an institute for design, her employers refused to provide her with free evenings or a day off to accomplish this goal.  As she told me:  A veces cuando quiero salir, no me dejan o me llevan a la casa de playa…siempre hay algo que hacer…[“Sometimes when I want to take a day off (or go out), they do not allow me to do so, or they take me to their beach residence…There is always something that needs to be done…”]

Stories such as the one shared above are not unlike those recounted by the women I interviewed in Lima in early 2015, and those on which my article “Vulnerable Women in a Thriving Country” is based.  Since then, I have continued to listen to the life stories of women and adolescents employed in domestic work, and, although there are a number of common themes, perhaps the most difficult to hear is the one related to daunted aspirations.  As my research has suggests, Mincer´s theory of human capital does not appear to apply to this group of workers. What this means is that the intersectionality of the conditions associated to these particular women – ethnicity/race, social class and migrant status, in addition to their gender – trumps the theory.  Specifically, their education level in comparison to that of other workers of the economically active population (EAP), does not translate into better wages for them overall (see Figure 1 below).  Moreover, their socioeconomic mobility is highly limited. 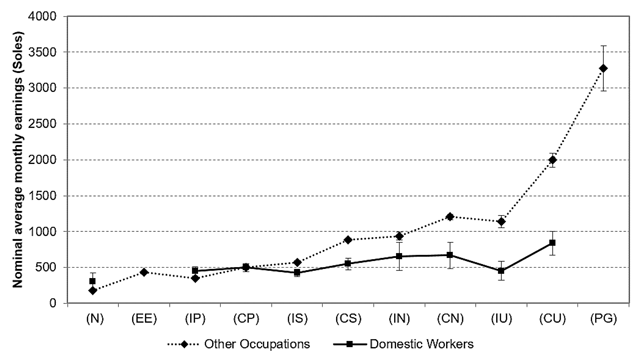 The personal situations of young women like “Elizabeth” merit more careful scrutiny both in academia as well as in policy circles for a number of reasons. But, probably most important is the reality that these workers remain at the bottom of the scale – a most worrisome fact in the context of a country that experienced a sustained, decade-long economic boom.  A key question that arises in this light, then, is, why?  Though in my article I argued that the answer to this query is that the intersectionality of their gender, ethnic origin and/or migration status and class serves to ensure the continued discrimination and marginalization of these women, the more I think about my own argument in tandem with the life stories I heard in 2015, and the ones I have heard subsequently, additional observations arise.

First, as compared to other workers, education does not appear to serve as either a protective factor or as a means for upward social mobility. In fact, what I have observed is that they cycle in and out of domestic work, which, ironically, might be the best option if they can find an employer who pays – and treats – them decently enough. But what this means is that these workers´ well-being falls entirely in the hands of their employers, because the state in Peru is – for all practical purposes – very weak in its provision of services to its citizens. Thus, neither is it a source of support, nor does it effectively monitor compliance of the few rights that these workers enjoy.  The sum of this situation is that domestic workers have been cast – not just socially, but legislatively – as second-class citizens through Law 29786 (2003), which codifies their labor and social  situation.  Second, perhaps more poignant than my earlier argument, is that these low cost workers serve to fill household reproduction in a society in which 73% of the workforce is informal (INEI 2016).  So, the reality is that not only are domestic workers highly vulnerable for all of the reasons stated, but a very good part of the Peruvian workforce is vulnerable, as well.  Comparatively, if most domestic workers have only high school education, though the statistic is a little higher for the rest of the EAP in Peru, the fact is that most other people also only have the same level of studies as Figure 2 shows below.  Likewise, neither does the EAP enjoy a particularly high income on the whole (See Figure 3). 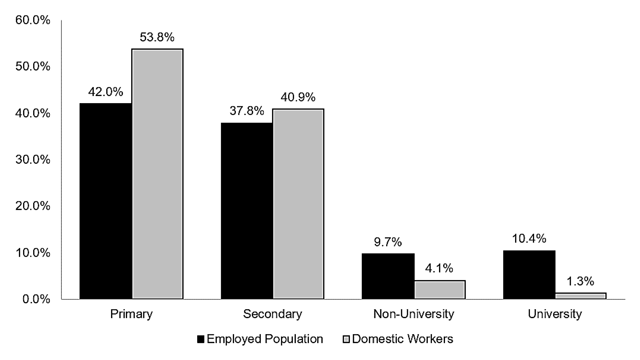 This idea is best illustrated through the comment shared with me by a public sector physician who I interviewed together with her husband, also a public sector doctor, when she referred to her domestic employee: “If I don´t get a raise, why should she?”  As “Victoria” described for me in our interview, both she and her husband “Jaime,” work not one, but effectively, three jobs – one in the public hospital where they are both employed, another at private clinics, and a third, giving talks for pharmaceutical companies – in order to secure at least a middle class life for themselves and their two small children.  As part of my continued research efforts to better understand the demand for domestic workers, I had also interviewed this couple as well as other individuals from different social classes in Lima in early 2015 in order to get a better handle on employer needs. “Victoria´s” comment was most revealing because it made me realize that for the majority of citizens living in Peru, there are few resources offered by the state – rather, the latter is woefully absent. And thus one of the few lifelines, as it were, is the allowance of this cheap labor force, largely unmonitored and thus highly exploitable. 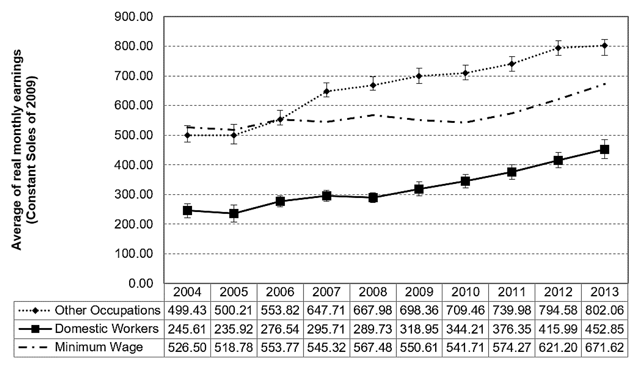 Nancy Fraser has recently commented on the care crisis, noting that under the present cycle of capitalist-led development, not only are we observing challenges related to “who” does the domestic work (or the “caring”), but in a context of two wage-earner households (not to mention female-headed households), household reproduction is again in crisis.  In the Peruvian case where more than half of the women work outside of the home, social reproduction has already slowed as the rapidly declining birth rate has laid manifest (See Cruz-Saco, M.A., Seminario, B. Leiva, F. Moreno, C. & Zegarra, M.A., forthcoming 2018).  However, as people live longer, as the economy has slowed, and as controls on labor rights for the domestic work sector remain unchecked, I fear that we may see more – and not less – of the kinds of exploitation that I have described in my research until now.  Without other forms of state support, these women seem to be the foundation on which household reproduction and upward social mobility is possible for others – yet, never for them. 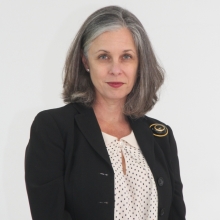 Leda M. Pérez
Leda M. Pérez is a professor and researcher affiliated to the Department of Social and Political Sciences at the Universidad del Pacífico in Lima, Peru. Her present research is focused on the intersection of social and labor rights with gender, ethnicity/race and social class. Of particular interest are paid domestic workers and other special labor regimes. In addition to this study, Leda has also published on the health access and health rights of vulnerable populations. She teaches courses in political science and on women and development.