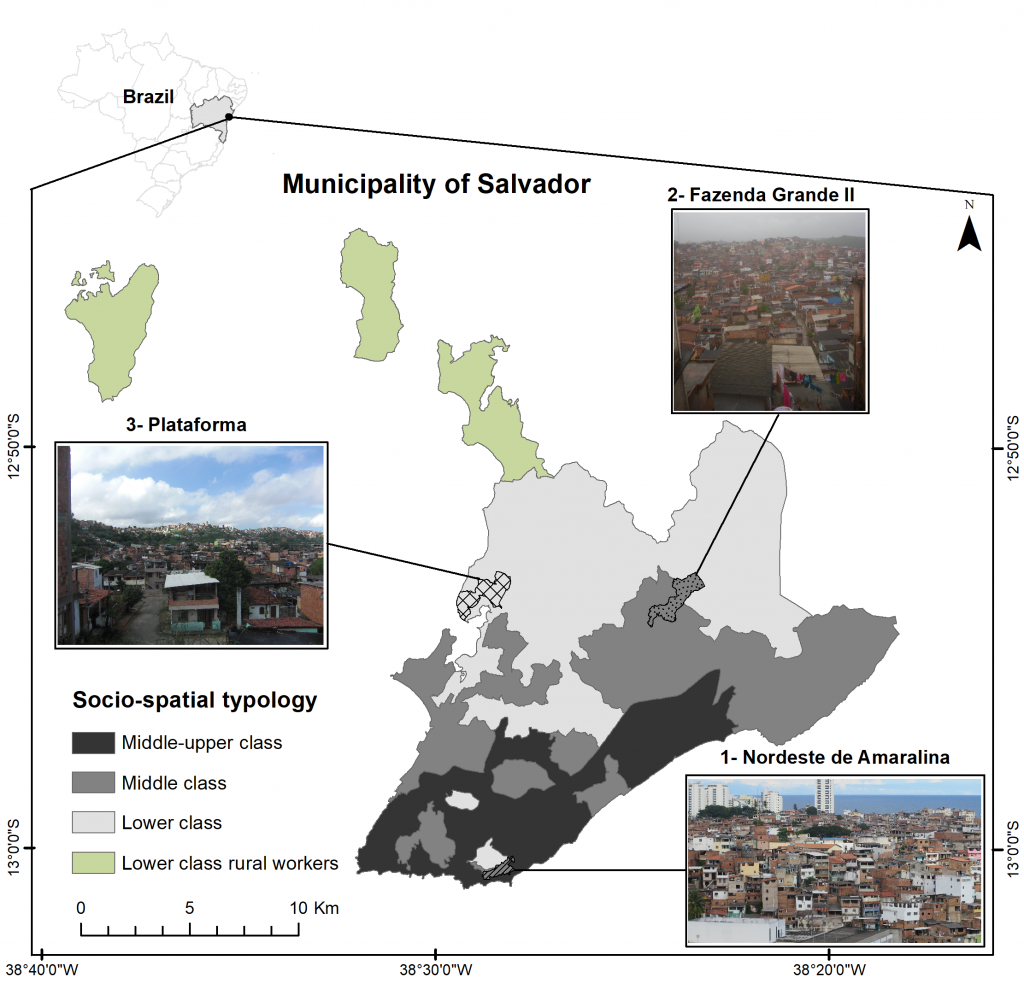 Contemporary urban scholarship seeking to explore the mechanisms of the reproduction of social inequities has subscribed to the argument that the concentration of poverty in segregated neighborhoods entails adverse effects both on the individual’s living conditions and neighborhood-level resources. Nevertheless, the neighborhood or concentration effect hypothesis is far from being unanimously acknowledged: whether the individual is ultimately trapped in a vicious circle of his socio-residential environments or whether he is capable to deploy strategies to overcome structural constraints intervening at the neighborhood level remains a yet unresolved question and continues posing challenges for both methodological issues and urban policies.
Research exploring the consequences of living in peripheral neighborhoods of Brazilian metropolises corroborate the cumulative impact of negative externalities affecting the socioeconomic achievements of their inhabitants, due to the unequal access to labour and educational opportunities, and to urban services. However, there is a major disagreement among researchers focussing micro-urban contexts, characterized by the spatial proximity between socioeconomically distant groups.
Addressing the gap of qualitative scholarship within Brazilian sociology dealing with this subject, we investigated in our research about the potential interference of structural disadvantages – comprising high rates of poverty, unemployment and crime – in the operationalization of the individual’s social networks and his/her striving for economic integration. Salvador da Bahia, Brazil’s first capital, epitomizes both patterns of macro-scale centre-periphery segregation and patterns of micro-scale segregation where socially distant classes live in geographical proximity, though separated by the virtue of protection devices or the built environment. Located in the impoverished Northeast, the country’s fourth largest city is characterized by a highly stratified labour and housing market with a well above national average proportion of its inhabitants pursuing activities in the informal sector and dwelling in sub-normal housing conditions.
Drawing on empirical data collected in Nordeste de Amaralina, a centrally-located shanty-town embedded in an area of affluent condominios, and the peripheral neighborhoods Plataforma and Fazenda Grande II, we sought to verify whether widened opportunity structures, encompassing both job opportunities and the access to high-quality urban equipment, could be corroborated within the constellations of geographical contiguity between socially distant classes, in comparison to both peripheral urban contexts. As we can distinguish in the figure 1, which shows the spatial distribution of socio-occupational groups in Salvador, Nordeste de Amaralina is located in the city’s southern part and might be considered as a poor enclave amidst middle-upper class neighborhoods, whereas Plataforma is located in the north-western part of the city and embedded in a homogenously lower class region. Fazenda Grande is located in the north-eastern part of the city and surrounded by lower and middle class neighborhoods.

For the purpose of our study, we examined, in the first place, the affiliation of the inhabitants to different spheres of sociability, i.e. family, neighbors, friends, (non-) religious associations, work, leisure and studies. Assessing the patterns of mobilization of the interviewees’ social networks for economic integration, we explored, in a second place, whether and how the interviewees accessed information about employment opportunities arising in the neighborhood and, in the Nordeste de Amaralina case, in the close-by affluent gated communities. In the third place, we investigated whether the vitality of the structures of support and reciprocity promoted within in-between neighbor and family relationships can be corroborated in the three neighborhoods, inquiring about the interviewees’ frequency in providing and receiving daily support, like in the case of child care, watching the neighbor’s house, taking to the hospital, and food supply. A total number of sixty semi-structured interviews were conducted in these neighborhoods between May and November of 2015.
Our research showed that locational advantages benefitting the economic integration of a reduced number of interviewees can be observed in the case of Nordeste de Amaralina. Nevertheless, the deterioration of the neighborhood’s image as a crime-ridden neighborhood, the middle-classes’ financial crisis and declining demand in gated-community-related personal services, and changes in the contractual regime of housekeepers have produced alterations within the complex demand-supply logic.
The dialectic relation between economic integration and social avoidance underlines the fact that spatial proximity interacts with social distance in a way that locational advantages do not automatically translate into an ascending dynamic per se of the favela’s population in terms of socioeconomic integration. Structures of micro-scale segregation – paired with a strong territorial stigmatization of the favela’s inhabitants – and the segmented access to education, the health system and leisure activities, produce the interviewees’ confinement to the local social context; cross-class interactions only take place in a highly commodified context. Additionally, the impact of crime on the interviewees’ living conditions and self-perception, as well as on the community’s social organization, must be considered as an intervening factor explaining the enduring neighborhood effects in Nordeste de Amaralina, notwithstanding its proximity to employment opportunities.
Kinship and friendship ties provide vital information about local job vacancies and therefore do not automatically hamper the interviewees’ economic integration. This, however, only applies to those employment opportunities emerging in the informal labour market, whereas the economic integration into the formal labour market is rendered difficult by the lack of workplace-based networks.
Spatial isolation paired with the absence of local job opportunities interfere negatively in the Plataforma interviewees’ living conditions, while producing a strong confinement to the local social context. Contrasting with the Nordeste de Amaralina case, social networks tied within the primary spheres of sociability do not assume a leverage function for the individual’s integration into the informal labour market, due to the scarcity of job opportunities and the absence of more affluent inhabitants generating a demand in low-skill personal services, to the high unemployment rate which further exacerbates the interviewees’ dissociation from job-related leverage networks, and to the depletion of the individuals’ material resources reducing the mechanism of job referrals to kinship ties. Here, the causal correlation between the low degree of exposition to socioeconomically dissimilar non-residents and the interviewees’ difficulties of economic integration becomes more evident.
In Fazenda Grande II, a major degree of internal diversity and territorial dispersion can be registered within the composition of the interviewees’ social ties, due to their resorting to workplace-based an (non-)religious associative networks with a strong social leverage function. The major physical convergence of socially dissimilar individuals within schools, hospitals, bar, supermarkets and public space fosters daily interactions between the lower-middle class apartment inhabitants and the lower classes dwelling in more precarious housings. The vitality of the commercial, social and cultural infrastructure depends essentially on the population’s engagement on behalf of common goals and on the economic support provided by the lower middle-class segment.
Table 1 synthesizes our main findings and allows a direct comparison between the three locations regarding the impact of neighborhood effects on their chances of socio-economic integration. Three intervening factors account for the variability within the three samples: the access to job opportunities, the impact of crime and the access to urban equipment. 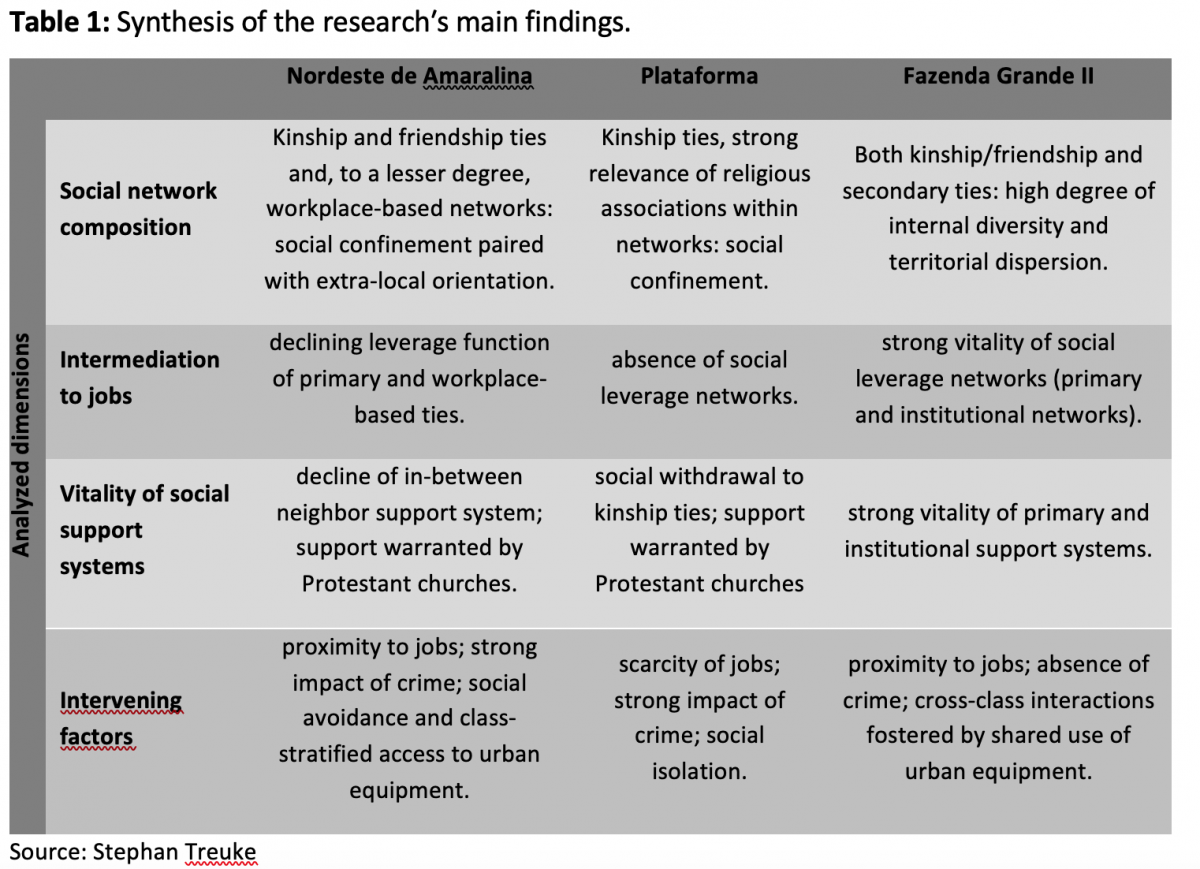 The research corroborated that the conjugated impact of segregation and poverty confers a higher degree of localism and homophily to the structure of the inhabitants’ networks. At the same time, the individual’s affiliation to secondary spheres of sociability fosters his/her economic integration into the formal labour market. Whereas the correlation between the prevalence of primary ties and lowered chances of economic integration can only be confirmed with regards to the access to jobs in the formal labour market, the hypothesis of social isolation reveals important similarities between the US and Brazilian case when shifting the focus to non-employment cross-class articulations, which, in the Brazilian case, are by and large inhibited by the segmented access to school, hospitals and leisure activities.
In both Nordeste de Amaralina and Plataforma, the lack of exposure to middle-class peer groups and role models transmitting conventional attitudes towards education, steady employment and family stability, fosters the reproduction of patterns of deviant behavior. The interviewees agreed that the omnipresent contact to peer groups affiliated to the local drug-trafficking gave false incentives do adhere to informal pathways of economic integration while devaluating school as an opportunity for upward social mobility.
Furthermore, the results draw the attention to the fact that the networks constituted in the spheres of sociability family, neighborhood and friendship may reproduce and even reinforce the mechanisms of poverty in contexts of segregation if the lack of intergroup interaction opportunities coincides with low levels of solidarity and compromise with mutual obligations at neighborhood scale. The voluntary involvement of the neighborhoods inhabitants in activities of active support, social control and the supervision of other individuals on the basis of shared collective norms and socially accepted practices operate in social contexts with a vital structure of socioeconomic resources and are based on collective premises like trust, reciprocity and solidarity, as shown in Fazenda Grande II.
At the same time, the neighborhoods Nordeste de Amaralina and Plataforma reveal an erosion of the legitimacy of social and collective norms which support the neighborhood-level expectative and mutual obligations, due their populations’ exposition to the high frequency of homicides, assaults and robberies. In both cases, perceived disorder, and the feeling of “loss of control” point out to the fact that these neighborhood might get locked into dynamic processes that generate stigmatizing reputations, selective outmigration, and reduced willingness to intervene on behalf of the collective well-being.
Although it has to be acknowledged that structural disadvantages do not automatically lead to social isolation and resource depletion, our study demonstrates that social interactions tend to be critically confined to the local social context. The vitality of social and institutional networks has proven to suffer from exogenous (poverty, unemployment, crime, residential segregation, social segmentation) and endogenous (declining family organization, mistrust, fear of victimization, community disintegration) destabilizing factors, operating simultaneously at neighborhood level.
Beyond social network analysis, our research has also uncovered shifts within the primary systems of social support, resulting from broader societal transformations but also from essentially spatial determinants. In this sense, widespread myths about the unaltered high endogenous potential of community and household resources and support systems within lower class Brazilian neighborhoods should be examined carefully, given the impact of crime on in-between neighbor relationships, alterations in the family composition and a declining collective mobilization on behalf of common goals. Likewise, we have to acknowledge that individual or household-centered strategies to mobilize socio-institutional resources are critically conditionned by larger structures, that is: the state, labour market and society.
In this sense, the Brazilian case shows a strong structural dualism inherent both to the arquitecture of social policies and the formal-informal labor market paradigm, which has generated enduring socioeconomic cleavages with a strong racial bias. These cleavages have translated into an expressive socio-spatial polarization of contemporary metropolises. It remains crucial to observe whether the cash-transfer program Bolsa Família and the large-scale residential program Minha Casa Minha Vida have uplifted the lower classes from extreme poverty and contributed to the emergence of a new middle class, or whether these tendencies turn out to be ephemeral given the enduring economic recession exacerbating the tendencies of the spatial concentration of structural disadvantages.
------------------------------------
Larr article can be found here
How to Cite: Treuke, S. (2020). Structures of Opportunity and Constraints on Socioeconomic Integration in Three Segregated Favelas of Salvador, Brazil. Latin American Research Review, 55(2), 227–241. DOI: http://doi.org/10.25222/larr.626 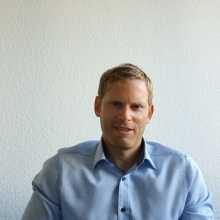 Stephan Treuke
Stephan Treuke was awarded a Master's Degree in Applied Linguistics and Geography by the Justus-Liebig University in Giessen, Germany. He holds a PhD in Social Sciences, awarded by the Federal University of Bahia, Salvador, Brazil. In 2018, Stephan Treuke was a visiting scholar at the Faculty of Philosophy and Social Sciences, Federal University of Minas Gerais, Belo Horizonte, Brazil. He is currently working as a Project Manager at the Emschergenossenschaft and Lippe Verein, Essen, Germany, dealing with urban planning, water management and global warming related environmental changes. His main research fields are: urban poverty, segregation, neighborhood effects, crime and its implications for urban policies.