Sonic Modernity and Decolonizing Countersounds in the Poetry of Urayoán Noel 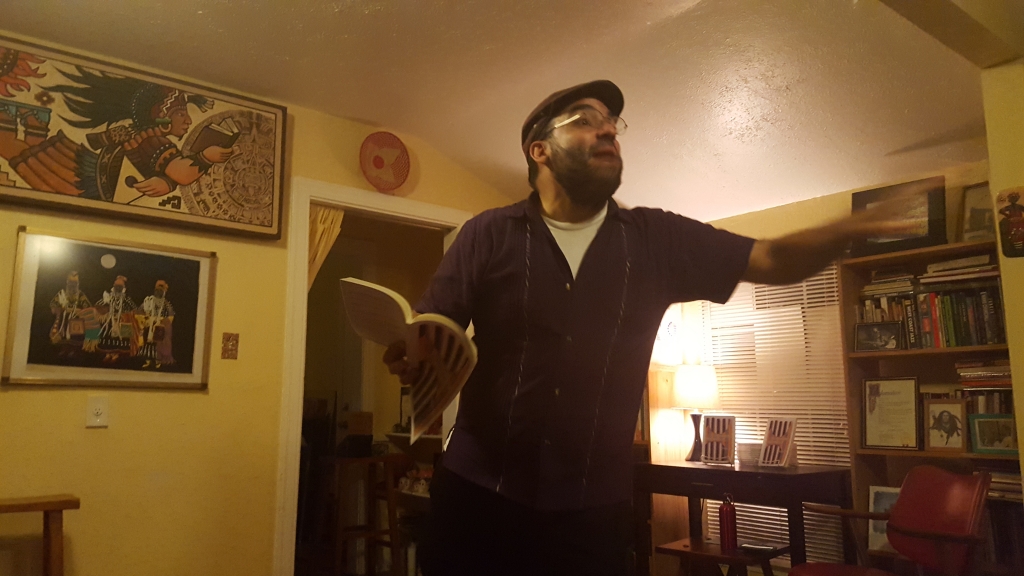 The idea behind “Sonic Modernity and Decolonizing Countersounds in the Poetry of Urayoán Noel,” forthcoming in the Latin American Research Review, began in 2016 while attempting to record a podcast with the poet before a reading at Austin’s Resistencia Bookstore. Urayoán generously agreed to speak with us despite his tight schedule, and the podcast host James Staig suggested speaking at a nearby coffee shop. While the music inside the cafe proved too loud, the Puerto Rican-born, New York-based Urayoán was more than happy to enjoy a warm March afternoon outside. Still, there were obstacles to our recording, namely a group of very talkative birds and the noise of wind picked up by our equipment. Urayoán was undeterred, adding that he preferred having ambient noise in the background, as he did with his roaming improvised poetry video series, WOKITOKITEKI. Our conversation (which you can find here) naturally went to his interest in sound and sound technology.
When asked about the ambiguous position of modern technology in decolonizing or revolutionary artistic movements, he said:
Pienso que la tecnología del smartphone me va a manar con la gente que caminan por la ciudad junto a mí, y me doy cuenta, not really. Con lo que acabo son muchos apps y mucho ruido de ambiente, en este sentido la puesta de una poesía urbana fracasó, pero tal vez ese fracaso se vuelve una experiencia compartible. Así que de alguna manera, esto es la promesa de la tecnología. Google nos mercadea la información, nos regula la privacidad, pero estamos todos conectados, y podemos tuitear hacía la revolución.
Instead of an idealized, seamless connection with the people around him, Urayoán focuses on the messiness of new technologies, on the shared experience of failure. This theme resurfaced a few hours later during his reading as he performed a poem while improvising with a music-producing app on his smartphone. The accompanying sounds vacillated between background music that accentuated the flow of the poetic lines and intrusive noises that distracted the audience and forced them to listen even more actively. The effect challenges assumptions of mobile technology consumption, asking the audience members to consider how they can use the technological advancements around them in creative ways and how they can redefine cultural production within repressive sonic systems. However, halfway through the poem an error message appeared on the screen. The app had unexpectedly quit, unable to keep up with Noel’s energetic performance. The poet did not hesitate or attempt to fix the technical glitch; he continued improvising. These moments of imperfection challenge the assumed dominance of digital technology and reassert the performing body as the center of any counterpolitical project.
Both the podcast recording and the live performance pushed me to return to Urayoán’s work, to rethink the role of sound and sound technology throughout his poetic catalog. By looking at poems from three different collections—Kool Logic/La lógica kool (2005), Borkingkén (2008), and Hi-Density Politics (2010)—I explored his continued use of countersounds to combat colonizing structures built on sonic conformity. In the poems, while Muzak, jet engines, and sanitized fast-food soundtracks created suffocating spaces of hypermodernity, disruptive or rebellious sounds—like kids playing hip-hop in a public park—represented an attempt to reclaim urban audioscapes and reposition diasporic subjects. The article culminates in a closer look at a live recording of “Boringkén,” in which technical glitches and audience participation allow for a sonic experience that complements and surpasses the written text. Noel’s writing and performances examine the role of sound and sound technology in the construction exclusionary sonic modernities that exclude marginalized bodies, opening a discursive space where countersounds subvert the acoustic architectures that promote economic, political, and cultural repression.
LARR article:
Sonic Modernity and Decolonizing Countersounds in the Poetry of Urayoán Noel. Latin American Research Review, 54(1), 135–150. DOI: http://doi.org/10.25222/larr.335 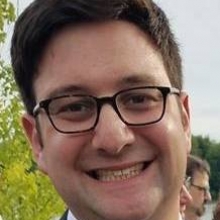 Samuel Ginsburg
Samuel Ginsburg is a lecturer in the Department of Spanish and Portuguese at the University of Texas at Austin, where he also received his PhD. His work can be found in Sargasso: A Journal of Caribbean Literature and Alambique: Revista académica de ciencia ficción y fantasia.