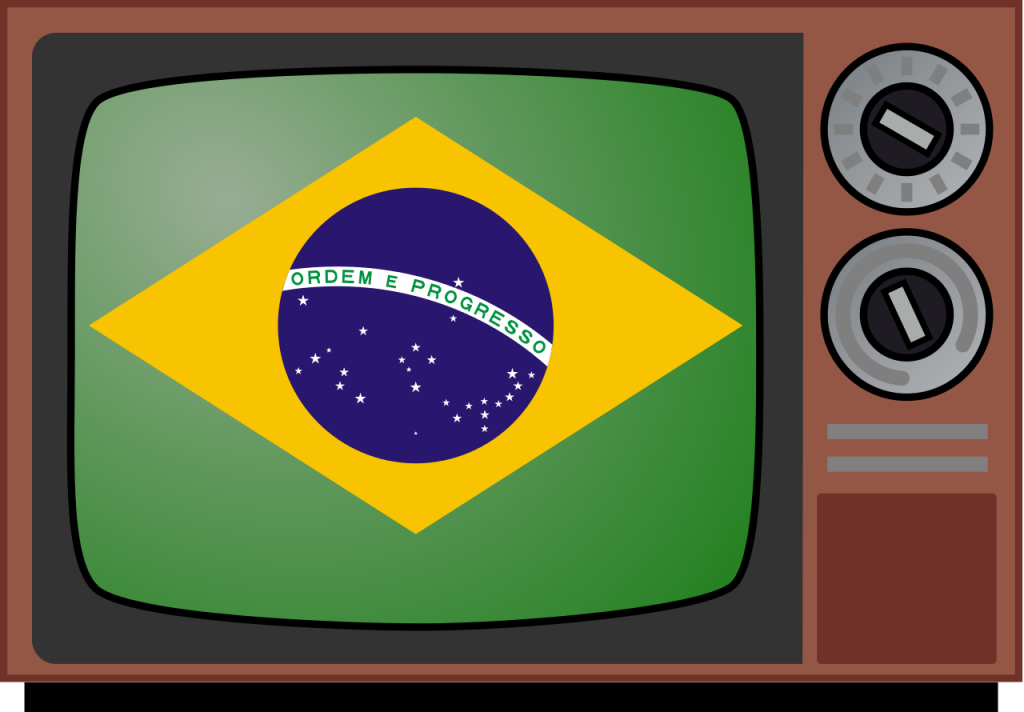 If, in 2018, one was to look at Brazilian television and new media for the first time, he or she would encounter a mediascape seemingly not that different from that of United States: there would be a handful of commercial broadcast networks, a growing pay-television sector, widespread use of Wi-Fi equipped mobile phones, and an increased presence of broadband Internet. In short, as in the United States and elsewhere, in present-day Brazil, increased access to and control over what, when, and where audiences consume content is fast becoming the norm for a significant portion of the population. Such a reality, however, is only very recently the case.
Though broadcast network television began operating in Brazil in 1950, it was not until nearly twenty years later, with the help of an oppressive military dictatorship, that TV Globo expanded its reach to all corners of the country, thus making television a national phenomenon. With early financing from Time-Life, newspaper and radio entrepeneur Roberto Marinho founded TV Globo in 1965. By the end of that decade the network was producing wildly popular telenovelas. Over the next forty-plus years, TV Globo's melodramatic, primetime serials attracted millions of devoted spectators. Due to the network's unmatched audience sizes, advertisers paid enormous fees for thirty-seconds of airtime to display their products to potential consumers.
TV Globo's success led to a virtuous cycle in which the network reinvested a portion of its profits in the latest technology and the most sought-after artistic talent. The combination of these two factors and the network's institutional competence resulted high-quality productions that continuously widened the gap between TV Globo and its would-be competitors. It also helped that, though present since the early 1990s, pay-television, whose access was limited by technological and geographical restrictions and high subscription costs, struggled to gain a foothold beyond a small portion of the country's upper-middle class and elite. Thus, by 2011, though not as dominant as it once was, TV Globo continued its reign as Brazil's hegemonic television network.
It is not a stretch to argue that TV Globo's dominance from the late 1960s to 2011-best exemplified through its telenovelas, which in addition to capturing the hearts and minds of tens of millions of Brazilians, were exported to over 130 countries worldwide-played a central role in the symbolic construction of the nation. Indeed, as is indicative of one the network's slogans-Globo, a gente se vê por aqui (Globo, we see ourselves here)-TV Globo situates itself as an extension, mediator, and producer of what it means to be Brazilian. Problematically, however, the Brazil on display in TV Globo's fictional content too often excludes and misrepresents vast swaths of the population. For example, while the most recent census (2010) reveals that over 50% of the country's population self-declares as either brown or black, TV Globo has long opted to represent Brazil as white, employing what Joel Zito Araújo has referred to as uma estética sueca (a Swedish aesthetic).
In 2011, however, the passage of Law 12.485 created the conditions for the constitution of a more competitive television landscape. Commonly referred to as the Pay-TV Law, Law 12.485 established mandatory quotas for the airing of locally-produced content on pay-television channels while also opening up the sector to allow foreign telecommunication companies to offer pay-television packages. Thus, in addition to increasing the number of pay-television packages offered to consumers and increasing their access to said packages by lowering the monthly subscription costs, the Pay-TV Law essentially created, for the first time in Brazil's history, a viable space beyond TV Globo for the creation and distribution of content produced by local independent production companies. Put simply, Law 12.485 opened the field to new distributors and producers who have in turn provided consumers with fresh fictional formats and portrayals of previously underrepresented populations and positions.
With this in mind, my article "Representing Blackness in Brazil's Changing Television Landscape: The Cases of Mister Brau and The Great Gonzalez" turns the analytical focus away from the widely studied telenovelas to the more recent rise of the Brazilian series, particularly those emerging out of the Pay-TV Law Era. By analyzing representations of blackness in two contemporary Brazilian serial comedies: the TV Globo produced Mister Brau (2015) and the Fox Brasil and Porta dos Fundos co-produced The Great Gonzalez (2015), the article sheds light on the initial stages of recent developments that have the potential to significantly alter both the field of television production and the way Brazil is portrayed on the small screen.
--------
How to Cite: Carter, E. L. (2018). Representing Blackness in Brazil’s Changing Television Landscape: The Cases of Mister Brau and O Grande Gonzalez. Latin American Research Review, 53(2), 344–357. DOI: http://doi.org/10.25222/larr.330 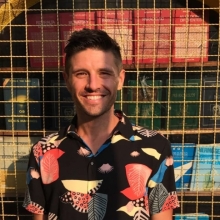 Eli Carter
Eli Carter is an Assistant Professor of Brazilian Literature, Film, and Television in the University of Virginia. He holds a BA in Communications from the University of California, Davis and a PhD in Hispanic Languages and Literatures from the University of California, Los Angeles. Professor Carter's research focuses broadly on Brazilian Culture(s) with an emphasis on film, television, and popular culture. His first book, Reimagining Contemporary Brazilian Television Fiction: Luiz Fernando Carvalho's Contemporary Vision (University of Pittsburgh Press, 2018) examines Brazilian television through the singular mode of production and aesthetics in film and television director Luiz Fernando Carvalho's oeuvre. Currently, Professor Carter is working on his second book project, "Brazil Reframed: Television and Internet Fiction Post-2011." Under contract with the University Press of Florida, "Brazil Reframed" analyzes television and Internet fiction emerging out of Brazil's changing mediascape. Situating a selection of representative works within the conjecture Professor Carter refers to as the Pay-TV Law Era, the book explores a field-wide challenge to TV Globo's long- established hegemony and the resulting shifts in the way the nation is symbolically imagined.