By Melanie and Tiffany Henriksen 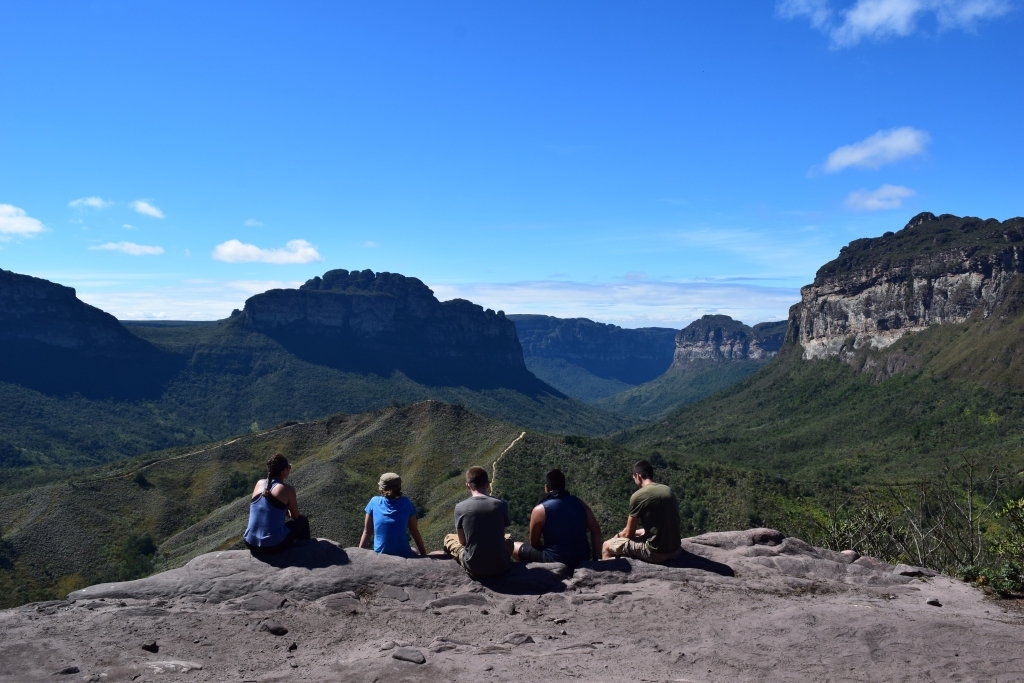 Since the early 20th century Gilberto Freyre’s vision of Brazil as a racial democracy has influenced Brazilian perceptions of race and racism. As a result, Brazilians often perceive social inequality to be a product of class and education disparities, rather than discrimination based on racial markers, which in Brazil include phenotypic traits, social class, geographic location, bodily practices, language and communication, taste, preferences, and religion. One pathway by which social inequality is perpetuated is through employment practices that discriminate against Brazilians who are racially marked as preto (black). These employment practices persist, in part, because employers justify their decisions with claims that they must hire applicants that are better educated or “qualified” for positions. In “Race and Employment Practices in Northeast Brazil's Ecotourism Industry” we describe how employers’ discourses surrounding hiring practices emphasize what Pierre Bourdieu (1994) refers to as (dominant) cultural capital, and disregard the social inequality and structural inequity that prevent working-class, black Brazilians from meeting those criteria. We argue that employer discourses conceal their preference for employees exhibiting both the habitus--embodied way of being (Bourdieu 1994)--and phenotypic traits associated with whiteness, reflecting broader social and economic practices that discriminate against working-class, African-descendent Brazilians. 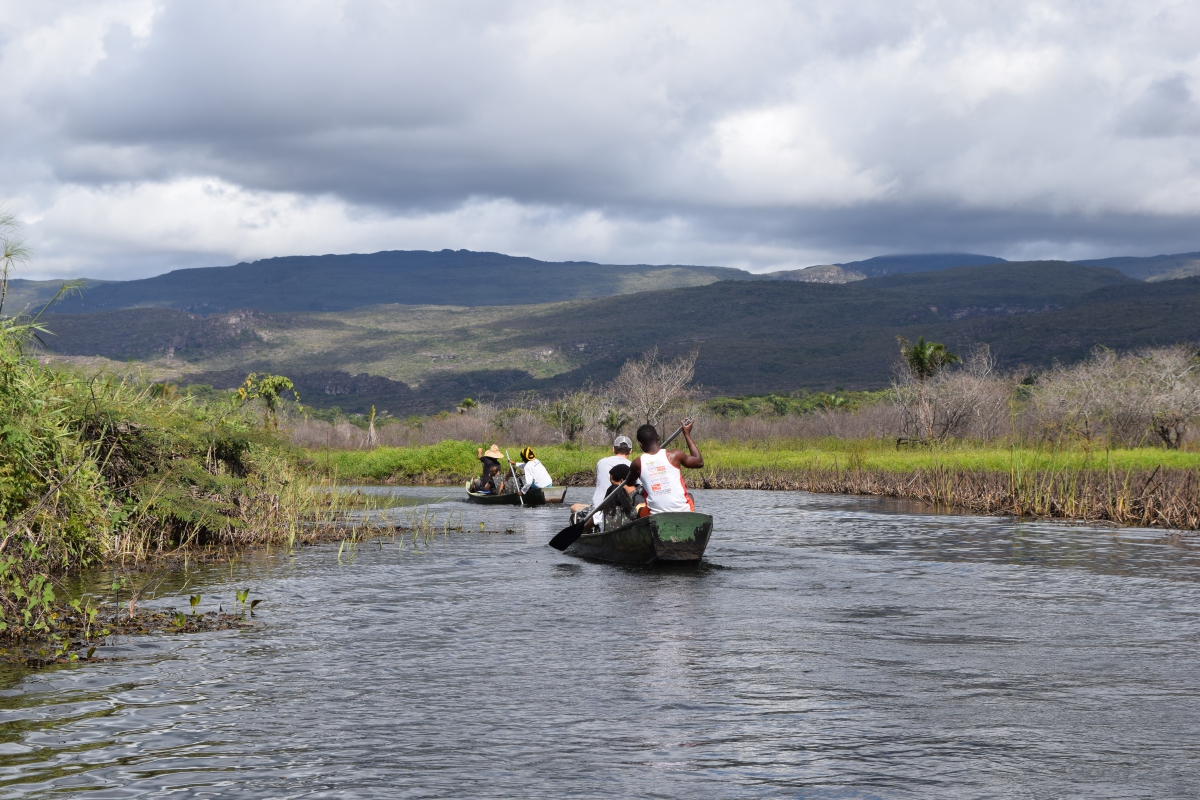 To support these arguments, we rely on ethnographic data we collected in the rural interior of Bahia, Brazil. Our field site is a gateway town to a national park that was created by the Brazilian government in 1985. Local, African-descendent residents trace their ancestry to 19th and early 20th century diamond miners, and distinguish between themselves as nativos (natives) of the region, and pessoas de fora(outsiders) who moved to the region to open businesses or work in ecotourism. Prior to the creation of the park and the growth of the ecotourism industry, nativos had very little access to formal employment and subsisted on remittances, small-scale farming, and occasionally successful mining efforts. However, while the ecotourism industry increased employment opportunities and drove the majority of community members out of absolute poverty, in 2010, 80 percent of private households continued to have household incomes of less than or equal to minimum wage, and 38 percent of residents were unemployed (IBGE 2011). Although there was visible economic growth in the town, nativos told us that they were not benefiting fully from that growth, largely due to hiring practices that restricted nativa women to low-paying positions as housekeepers, laundresses, and cooks, and excluded nativo men from more lucrative employment as agency-hired tour and hiking guides.
The ecotourism employers we interviewed normalized the occupational segregation (Harrison and Lloyd 2013) of not hiring nativos for front-of-the-house positions, where they would be more likely to interact with Brazilian and international tourists. They argued that nativos did not have the education levels and qualifications, in other words the cultural capital, necessary for these positions. In some cases the employers lamented the inadequately funded and dysfunctional public education system in the rural interior of the country, and expressed regret that nativos were not receiving the education necessary to be competitive in the labor market. However, many employers did not see themselves responsible for challenging these structures or for hiring nativo employees that they could train to compensate for undereducation.
More often than not, employers hired non-nativos who were racially marked as “white” for front-of-the-house positions. Non-nativos’ whiteness was indexed not only to their phenotypic traits, but also by their middle-class social status, the fact that they were from large, metropolitan Brazilian cities or were foreign, their education level, and their communication style and language skills, all qualities that were reflected in their habitus. In Brazil, the racial category of “white” subsumes and assumes cultural capital, that then affords individuals exhibiting whiteness, symbolic capital. Their symbolic capital led employers to assume that they would make better front-of-the-house employees than nativos would.
According to Bourdieu (1994), persistent social inequality makes it more difficult for members of a socially marginalized group, in this case rural, working-class, African-descendent Brazilians, to acquire cultural capital. Over time and through generations, the lack of access to cultural capital becomes reflected in group members’ habitus, and is then naturalized as a group trait rather than the product of social inequality. Non-nativos naturalized the habitus of rural, working-class, African-descendent nativos, and criticized it as inferior or inappropriate for front-of-the-house tourism employment. Employer discourses surrounding nativos’ lack of cultural capital served to justify their propensity for hiring employees exhibiting both the phenotypic traits and habitus associated with whiteness, which bespeaks broader social practices that discriminate against black Brazilians. Employers perpetuated the marginalization of nativos through employment practices that assumed nativos were incapable and non-nativos were more capable employees.
Racial ideology classifies some people as undeserving of equal rights, including the right to participate in certain labor markets (Weiβ 2010); these individuals are asked to demonstrate why they should be accepted and treated as equals. Thus, individuals whose rights are threatened will adopt practices that enable them to be accepted as equal members of society, while the entitled members of the privileged group will maintain the status quo. Employers questioned nativos’ qualifications for certain positions, whereas non-nativos’ qualifications were considered a given. These social classifications and prejudices result in “relations of symbolic domination,” where “subjective structures, habitualized practices, and objective structures coincide without leaving room for doubt or criticism” (Weiβ 2010, 42-43) of the practices, in this case employment practices. As a result, racism becomes a form of symbolic violence, in which members of society take race-based social inequality for granted as a natural product of individual behavior, rather than the result of structural racism and racial ideology, maintaining the stability of racism as a form of power.
References
Bourdieu, P. 1994. “Structures, Habitus, Power: A Basis for a Theory of Symbolic Power.” In Culture/Power/History, edited by N.B. Dirks, G. Eley, and S. B. Ortner, 155–99. Princeton: Princeton University Press.
Harrison, J.L., and S.E. Lloyd. 2013. “New Jobs, New Workers, and New Inequalities: Explaining Employers’ Roles in Occupational Segregation by Nativity and Race.” Social Problems 60(3): 281-301. https://doi.org/10.1525/sp.2013.60.3.281
Instituto Brasileiro de Geografia e Estatística- IBGE. 2011. Censo Demográfico 2010 - Características Da População E Dos Domicílios. Rio de Janeiro. www.ibge.gov.br.
Weiβ, A. 2010. “Racist Symbolic Capital: A Bourdieuian Approach to the Analysis of Racism.” In Wages of Whiteness & Racist Symbolic Capital, edited by Wulf D. Hund, Jeremy Krikler, and David Roediger, 37–56. Berlin: Lit Verlag.
-----------------------------------------------------------------------------
Full LARR article can be found here
How to Cite: Medeiros, M. A., & Henriksen, T. (2019). Race and Employment Practices in Northeast Brazil’s Ecotourism Industry: An Analysis of Cultural Capital, Symbolic Capital, and Symbolic Power. Latin American Research Review, 54(2), 366–380. DOI: http://doi.org/10.25222/larr.573 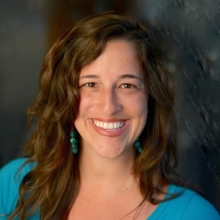 Melanie
Melanie A. Medeiros is an Associate Professor of Anthropology at SUNY Geneseo and author of Marriage, Divorce and Distress in Rural Northeast Brazil: Black Women’s Perspectives on Love, Respect and Kinship (Rutgers University Press, 2018). 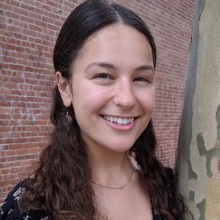