Policing Mining Conflicts in Latin America: The Challenge for Democracy

By Ariel Taylor and Michelle Bonner 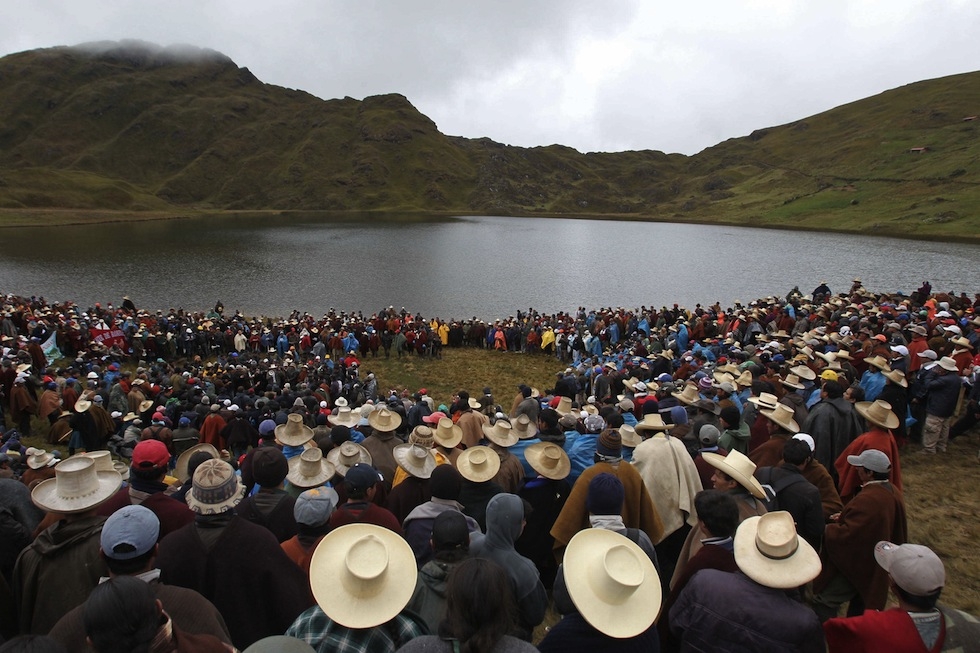 Mining is big business in Latin America. On average there are approximately 200 mines in operation in any given year and industry supporters project that by 2020 mining’s contribution to regional GDP will top US $400 billion. While some citizens support mining projects for the jobs they create, many others oppose them owing to their negative social and environmental impacts and unequal economic benefits. Protests against mining continue to be common throughout the region and can end in violence, even death. For example, in Peru, a country with a long history of mining, police met protests against the Conga mine in 2012 with live ammunition, leaving five protesters dead and 45 injured. Similarly, in Argentina, a country that has only recently (but substantially) increased its involvement in mining, police met protests against the Alumbrera mine in 2012 with rubber bullets, tear gas, and dogs, leaving 12 protesters hospitalized.

Of course, disagreement is a normal part of democracy. So is police violence. Yet in a democracy we expect that when police officers use force to silence a protest they will be held accountable for their actions. Freedom of speech is a fundamental part of democracy and the OAS specifies that there are very narrow margins for justifying its restriction. Accountability usually begins with political leaders condemning the actions of the police. Both of the incidents noted above occurred under populist left-wing presidencies, that of Humala and Fernández de Kirchner, who ran their election campaigns on support for human rights and opposition to neoliberal economic policies (economic policies that have contributed to the growth of mining in the region). We would expect both of these presidents to have firmly condemned police actions. 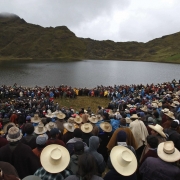 Yet is this in fact what happened? If it is not, how do political leaders justify the actions of police so that they appear consistent with democracy? If we compare the way state leaders responded to the two incidents in Peru and Argentina, as we have done at lenght in our recent article in LARR, we find a striking similarity in their responses. In both cases, the state leaders argued that the cause of the violent outcome was the protesters, and the fix that was needed to ensure that such incidents do not happen again was what they called “dialogue”. “Dialogue”, state leaders revealed, had the predetermined outcome of consolidating support for the mining projects.

These arguments place important limits on democracy. On the one hand, it limits freedom of speech. The OAS notes that in Latin America, for the most marginalized sectors of society, often those adversely affected by mining, public protest is a key tool of political participation. If this is the case, then alternatives to police repression need to be explored. If, instead, protesters are blamed for the resulting violence, high level of police force may continue to be used, as it has then been justified as necessary and within the bounds of democracy.

On the other hand, the resolution of conflict through cooptive “dialogue” allows for the appearance of peaceful democratic debate. Yet this debate has important restrictions. The end result is known ahead of time and the use of public protests to attempt to alter or modify the outcome of the dialogue is likely to face repression. The challenge, of course, is that genuine symmetrical dialogue may result in the closing of some mines or significant modifications to who benefits from the profits and to what degree. These outcomes would require greater state regulation on the market and, as a result, they challenge neoliberal economic policies. Many scholars, such as David Harvey and Wendy Brown, have called our attention to the limits neoliberalism places on democracy. Perhaps more than any other arena, mining conflicts expose the significant tensions between the two. 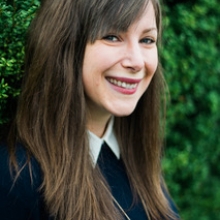 Ariel Taylor
Ariel Taylor is a PhD candidate in the Department of Political Science at the University of Victoria. Her doctoral dissertation examines the role of NGOs in mining companies’ corporate social responsibility programmes in Peru. 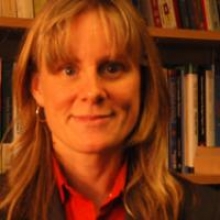 Michelle Bonner
Dr. Michelle D. Bonner is Associate Professor in Political Science at the University of Victoria. Most recently, she is the author of Policing Protest in Argentina and Chile (Lynne Rienner, 2014), which won the 2015-16 Canadian Political Science Association’s Comparative Politics Book Prize.