What is your first impression when you see the brand billboards adorning this urban landscape? You might normally associate such precarious infrastructure with marketplaces exclusively selling low budget or fake products, yet in this Open Air Fair in La Paz, Bolivia, the banner ads were sponsored by electronics multinationals. They are in search of Bolivian clients of all social strata and ethnic affiliation who routinely come to buy original electronic equipment from these tiny stalls and improvised shops.

Popular street economies and Multinational Corporations (MNCs) are not usually thought of as operating in the same market. The much debated binary of the ‘informal’ versus ‘formal’ economies continues to keep both economic worlds at a distance, conceptually at least. Scholars of globalization highlight transnational companies’ use of informal labor and family enterprises through production outsourcing, but they have less to say about corporate engagement with popular commerce. One of the reasons for this is that approaches to transnational commodity and value chains used to only go one way: from production sites in the Global South to consumption markets in the Global North. Moreover, the formal and the informal are seen as abstract antagonistic categories insofar as the expansion of one entity displaces the other. Formalization is imagined as a culturally neutral process that moves towards the joining of international business and labor law, national industry conventions, and homogeneous forms of employer organization and advocacy. But what if we decenter our perspective and study instead the multi-directional movement of goods, being more attentive to economic diversity in market distribution? By doing so we might become more sensitive to place-specific socio-economic processes and routinized transactions between unexpected market participants.

analyze the expansion of global brands into urban street economies, 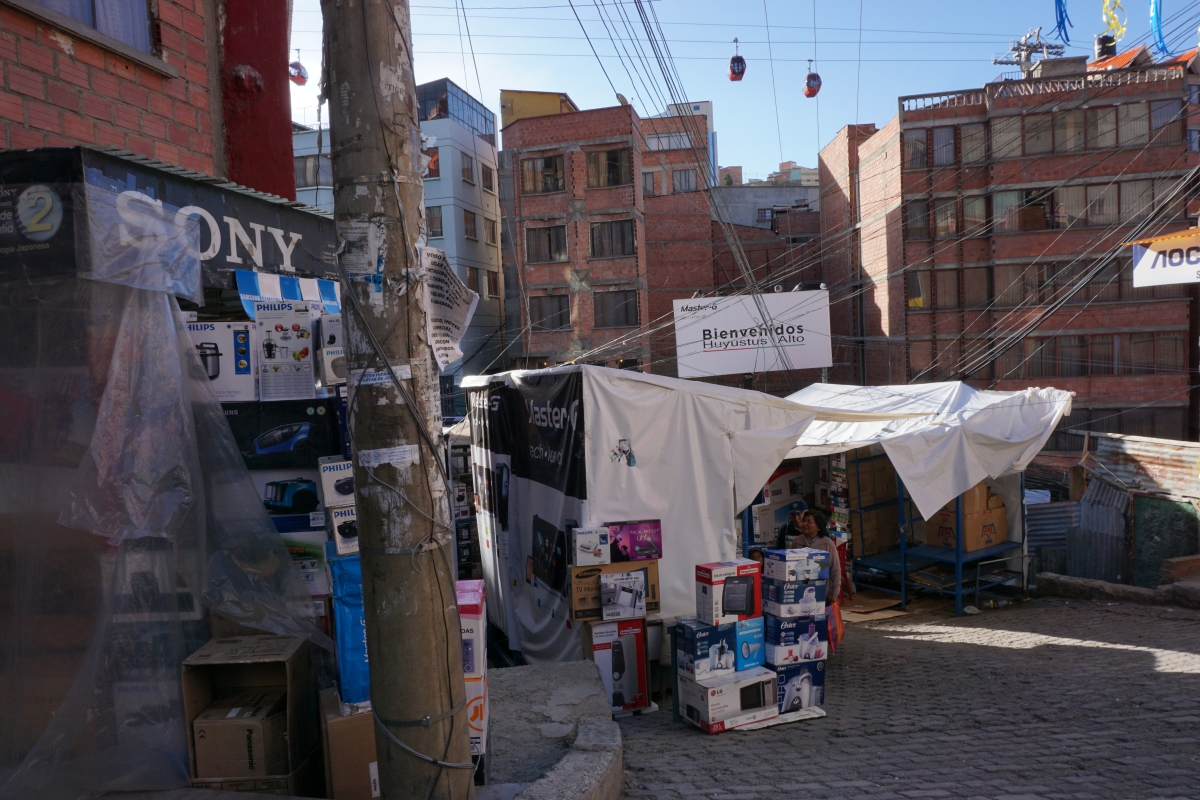 concurrently with the local branding of electronics and the advancement of popular traders along transnational commodity chains. Based on ethnographic research undertaken since 2013, I argue that by looking closely at daily practices and commercial interactions at specific localities along the commodity chain from East Asia to Chile and Bolivia, one doesn’t see uniform formalization of informal economies as is often expected, nor the rampant informalization that is attributed to current economic globalization. One may see instead a piecemeal, cultural-specific formalization of traders taking place as much as a partial informalization of all actors involved.

Informalization occurs at a fixed place (the Pacific-port city of Iquique, Northern Chile) and has a globally known name (Free Trade Zone). The free trade zone of Iquique marks the first encounter of big enterprise and popular trade in an environment of downgraded formality associated with free trade zones, port free zones, and special economic zones around the world. It is in the context of this heterogeneous commercial world that global businesses such as Samsung Electronics and the like first made contact with the needs and customs of Bolivian traders and became interested in South American markets.

In Bolivia, on the contrary, we observe a context-specific formalization and corporate recognition of popular trade. The MNCs monetarily incentivize vendors to sell original brands with manufacturers’ serial numbers as well as aesthetically upgrade the presentation of the goods. They employ professional branding strategies in commercial areas that continue to be considered informal by national and local governments and traditional economic elites. By doing this, corporations are reacting to the reputation the market has achieved over the past decades. 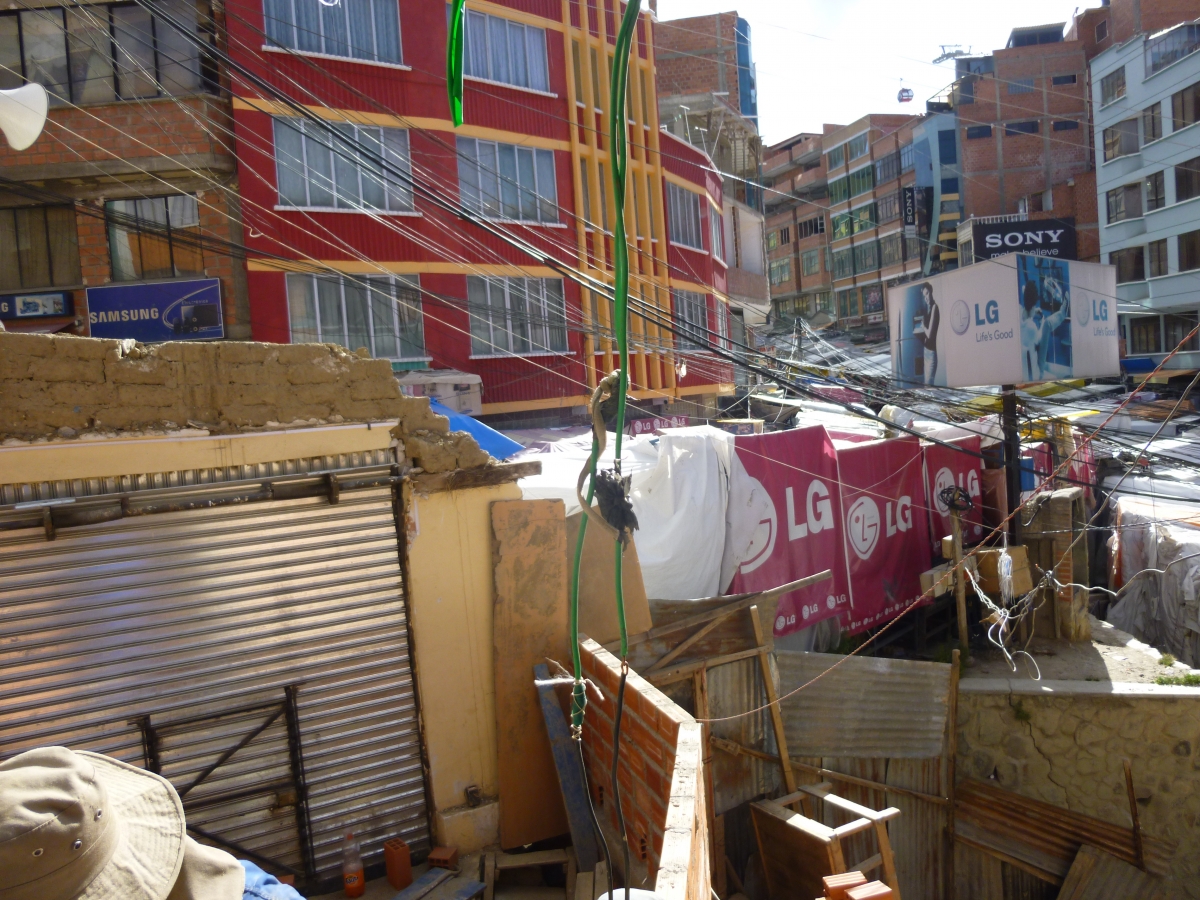 As street traders specialized their activities and networks and became shop owners and new economic actors entered lower levels of supply, certain commercial areas have gained the reputation for having an extraordinary variety of electronics products on display. The board of directors of one of the Traders’ Associations claims that their market has taken shape both regionally and nationally, and that eight out of ten La Paz inhabitants routinely visit. A younger generation of entrepreneurs has made use of the street’s name in order to launch an online platform that promotes merchandise from all shops and stalls interested in participating. All traders, ranging from the most to the least successful, depend on the market’s overall prestige. As these practices show, traders are not primarily directed toward the national economy and the state, but toward local customs and the symbolic value of place.

My article highlights the significance of place-specific economies. I have observed a widespread downgrading of formal economic activity at free trade zones taking place in tandem with a new legitimacy of popular enterprises through the politics of place and cooperation with international companies. Similar processes could be happening in other parts of Latin America and the world, as MNCs, in their search for new market outlets, encounter grassroots traders’ expertise and endurance. 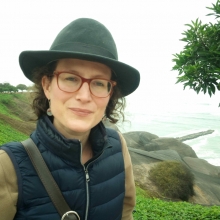 Juliane Müller
Juliane Müller is lecturer at the Department of Social and Cultural Anthropology, University of Munich (LMU, Germany). Her expertise lies within economic anthropology, trade and markets, transnational migration, historical memory, as well as sports from a sociocultural perspective. She is the author of Migration, Gender, and Soccer: Bolivians in Spain (Berlin, 2013) and coeditor of ‘Otro Fútbol’: Ritualidad, organización institucional y competencia en un siglo de fútbol popular en Bolivia (1896– 2014) (La Paz, 2014). Among her recent articles figure “Rethinking the Plural Economy: Popular Commerce in Plurinational Bolivia” (Psychosozial, 2016) and (with Adolfo García Jerez) “‘Between Two Pasts’: Dictatorships and the Politics of Memory in Bolivia” (Latin American Perspectives, 2015). She is coediting a special dossier in The Journal of Latin American and Caribbean Anthropology on “Entrepreneurship, Artisans, and Traders: The Remaking of China-Latin American Economies” and The Political and Cultural Economy of Popular Commerce: Gender, Inequality, and Materiality in Latin American Cities under contract with Lexington Books (both forthcoming 2018).