Is a Parliamentary TV Channel Useful for Democracy? 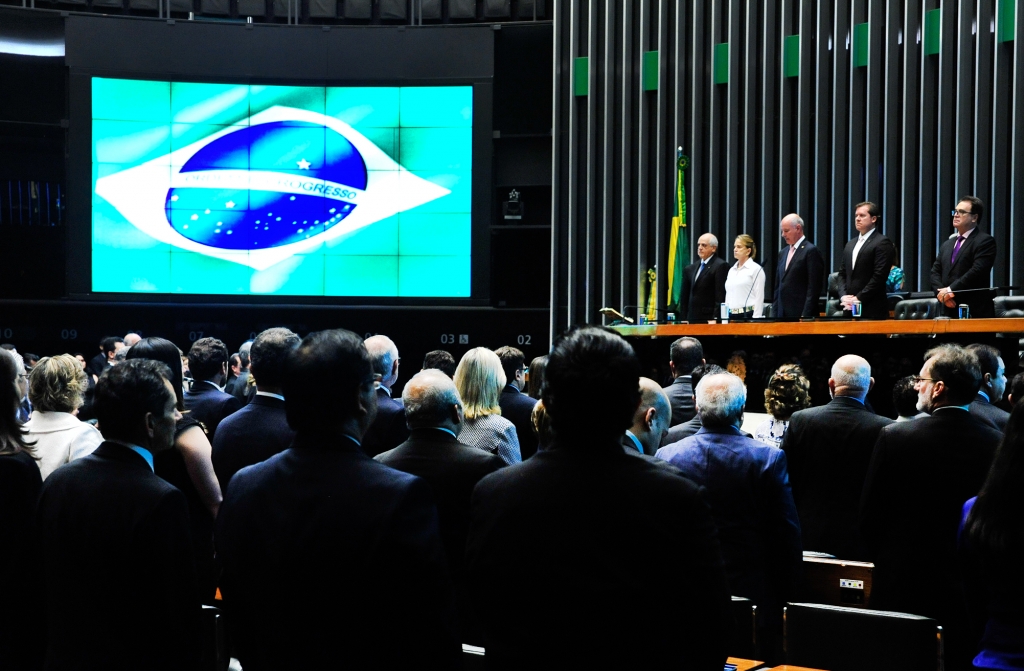 Think with us: should the Congress of your country employ over 500 people to maintain a cable TV channel, a news agency and other communication media? In Brazil it does. The question we ask here and in our recent article in LARR is whether this effort has any effect on democracy and Brazilian 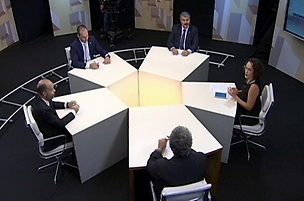 The political decision to invest considerable resources and efforts in the development of this system resulted from a diagnosis that these institutions lacked credibility and from the belief that commercial media have contributed to the cultivation of prejudices against politicians and thus have helped to erode citizens’ trust in political institutions (Miguel 2008). Communication professionals justify those initiatives as a public service that empowers citizens and fosters political participation.

The expression “public communication” has been used in the last few years in Brazil by communication researchers and professionals (especially those in the field of organizational and government communication) to differentiate their practices from contemporaneous marketing and authoritarian government communication practices.  From this perspective, the media initiatives of the Legislative Branch respond to a growing demand both from the citizens for transparency in public administration (Jardim 2006), as well as from the representatives themselves for more visibility for their work (Cook 1989).

In our research, we discuss whether these media sources promote accountability and participation. To answer this question, we visit the history of Brazilian government media from the 19th century to the post-democratization boom in the last decade of the 20th century. We also review studies about those media and the theoretical debate about the representation crisis. Besides that, we analyze documents produced by the Chamber of Deputies media and interview professionals who work there.

It is worth noting that the first newspaper published in Brazil was an official one, at a time when the Portuguese metropolitan government forbade any

press in the colony. Throughout history, the government has continued to be an influential actor in communication in Brazil. Besides using subsidies, regulation and public relation structures to manage the press, Brazilian governments have interfered with the private media by granting loans and, in at least two authoritarian periods, by practicing censorship. The government has also operated its robust communication systems, including television and radio channels.

In the legislative branch, the first television channel to operate in Brazil and Latin America was TV Assembleia in the state of Minas Gerais, on the air since November 1995. TV Senado initiated its operations in 1996 and TV Câmara in 1998. Their reference was C-Span, the private, nonprofit channel created in 1979 by cable television operators in the United States, which has one channel transmitting the sessions of each federal legislative house. Brazilian channels were financed by public funding, however, and included newscasts, debates and interviews in their schedules, following the model of the French La Chaîne Parlementaire, created in 1993 (Santos 2006). The goals inscribed in Law 8977/1995, Article 23 (January 6, 1995), allowed the creation of congressional television channels in Brazil. This law stipulated that Plenary (or House Floor) sessions should be transmitted live, updating the principle of publicity of congressional debate and deliberation to the age of electronic media.

TV Câmara operates 24 hours daily, seven days a week in the Chamber of Deputies. Aside from transmitting live every session of the Floor, it also broadcasts, live or on videotape, the meetings and public audiences of the permanent committees, as well as temporary, investigative (Parliamentary Committees of Inquiry or CPIs), which are committees created to evaluate specific laws. The TV schedule includes news, interviews and debate shows in addition to documentaries and other television formats.

A viewer survey conducted by the toll-free service of the Chamber of Deputies (Barros, Bernardes and Lemos 2011) shows greater interest in programs that highlight the direct participation of the representatives: House Floor and Committee transmissions, debates and interviews. This material makes up 74% of the public’s preferred programming. Of this total, 37.2% refer to Floor and Committee discussions and voting, with the equal percentage given to journalistic debates and interviews with representatives.

Data shows that some citizens do have an interest in political activities and the work of the legislative branch. In 2011, a poll conducted among TV viewers using satellite dishes (estimated to be some 54.3 million people in Brazil) found that TV Câmara had an average audience of 4.7 million in the whole country. Another 13 million people declared that they occasionally watched TV Câmara. An opinion poll conducted by a specialized firm in 2012 shows the degree of public trust in TV Câmara. The percentage of viewers who always trust (43.38%) or mostly trust (16.89%) the channel’s programs is greater than 60%.

As a consequence of the burgeoning new digital technologies, another media mechanism was created in 2000: Agência Câmara de Notícias. This department is responsible for publishing journalistic information regarding the Chamber on the Internet. The new service was justified, once again, by appealing to the need to improve the legislature’s visibility. Publication of news on the site is done in real time, covering the development of legislative activities such as votes on the House floor, public hearings in committees and meetings of congressional groups. 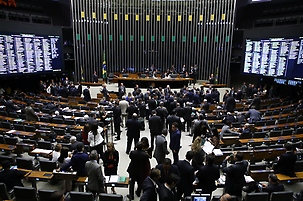 Agência Câmara publishes news pieces on every legislative proposition presented by the representatives and offers information about the daily voting schedule, a summary of each week’s schedule, consolidated news pieces following votes in real time and special reports on important items on the congressional agenda. Readers can subscribe to a daily digital newsletter, which is distributed by e-mail and links to the most important news, organized by themes chosen by the user.

We might state that the Internet and its adoption as a platform for institutional communication further developed publicity strategies that employed television and increased their gains. It is worth remembering that politics has become a mediated phenomenon, and this includes congressional representatives’ daily activities. To a degree, deputies now operate following the logic of audience democracy, in which the media substitute parliament as the main forum for public debate (Manin 1997).

Data about the Chamber of Deputies’ communications system must thus be analyzed in light of this context. Information collected by the managers of Secom in July 2014 show numbers and duration of access, the number of pieces read in each visit and other information. Public attention focuses on information directly related to congressional and legislative activities. Data show that the kind of content most frequently read by visitors relates to information regarding bills, the results of voting sessions and Parliamentary Committees of Inquiry. These views sum up to 59% of the total (or 1,847 citizens), followed by general news about the legislative branch (12% or 377 citizens).

According to data gathered in this research, readers appreciate Agência Câmara’s broad coverage of legislative activities (26%). They also value the rapidity of its online service concerning keeping up with the news (21%), how information is clearly presented and explained (19%), the precision and correctness of the information (19%) and the depth of the news (10%).

These criteria are typical of public communication, according to Brandão (2006), especially public journalism in legislative institutions, whose strong feature is its contextualized, full and well-explained coverage of political issues. In this perspective, Internet coverage complements the mainstream media in reporting congressional activities, compensating for the deficiencies of privately owned media, which tend to focus on scandals, gaffes and leaks. Because of this, mainstream, privately owned media tend to treat Congress in an episodic and fragmented fashion. 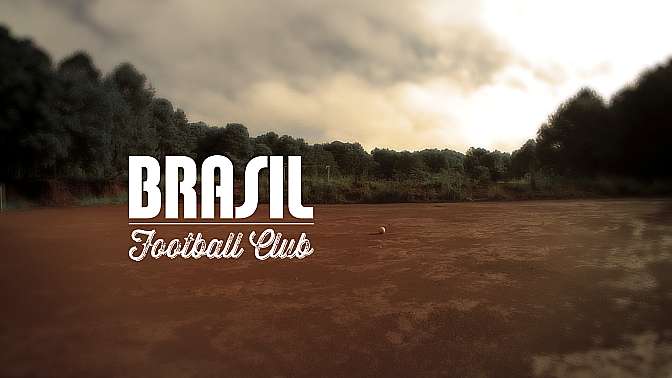 selection, dramatization, coverage and “spin,” which contribute to reinforcing Congress’s negative image. Furthermore, it is argued that the mainstream media rarely offer up an incisive critique of the political process or an invitation for the public to participate in it. In fact, the mainstream media seem to reduce the public’s interest in politics (Barros, Bernardes and Rodrigues 2014). This view of the private media, as we argued above, is the foundation of the institutional communication systems built by the legislative branch in Brazil.

Our findings suggest that although these media are used, according to the logic of audience democracy, to improve the public visibility, credibility and reputation of Brazil’s federal representatives, they do contribute to enhancing the accountability and quality of Brazilian democracy, insofar as they provide access to relevant information about legislative processes. 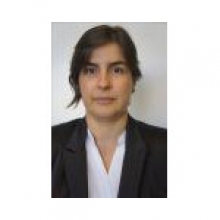 Cláudia Lemos
Cláudia Lemos has a Ph.D. in Literature from Federal University of Minas Gerais (UFMG, 2001). She is a journalist at TV Câmara and a researcher at Cefor, the Training Center of the Brazilian Chamber of Deputies. 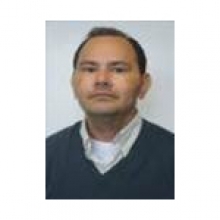 Antonio Barros
Antonio Teixeira de Barros has a Ph.D. in Sociology from Universidade de Brasília (UnB, 1999). He is a professor and researcher for the master’s degree in the Legislative Branch of the Training Center of the Brazilian Chamber of Deputies. 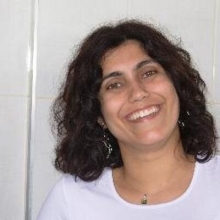 Cristiane Bernardes
Cristiane Brum Bernardes has a Ph.D. in Political Science from State University of Rio de Janeiro (UERJ, 2010). She is a lecturer for the master’s degree in the Legislative Branch of the Brazilian Chamber of Deputies.