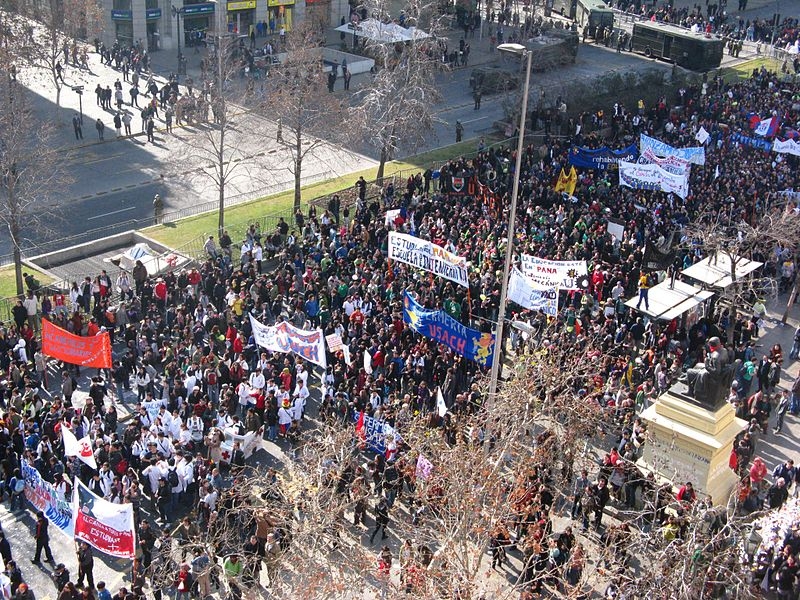 In the past decade, student movements in Chile have been a major force shaping the country’s public opinion and policy reforms. The latest cycle of student protests occurred this year when dozens of schools and universities were occupied by feminist activists in favor of gender equality in general, and in particular against several high-profile sexual harassment cases. Students at the University of Chile, for example, occupied the Law School for almost three months, while their counterparts at the Pontifical Catholic University occupied the school’s main campus for the first time since 1967 (although students also attempted to seize the campus during Pinochet dictatorship). Tens of thousands of activists participated in the marches, sit-ins, and demonstrations throughout the country, which have caused most universities to rethink and update their sexual harassment policies.

Societal and institutional sexism is the underlying reason behind these mobilizations. Gender relations in Chile, however, have almost certainly not worsened in recent years, and certain groups have advocated changes in the way schools handle sexual harassment for years. What causes grievances to translate into cycles of student mobilizations?

In my LARR article, I explain how another major grievance for Chilean college students – education costs and debt – led to major protest waves like the 2011 student movement. My argument is that both higher education policies and party politics have shaped the occurrence of protests. To gather evidence, I interviewed more than forty student leaders, public officials, and politicians. I also used survey data from 2012 to test my argument at the individual level. 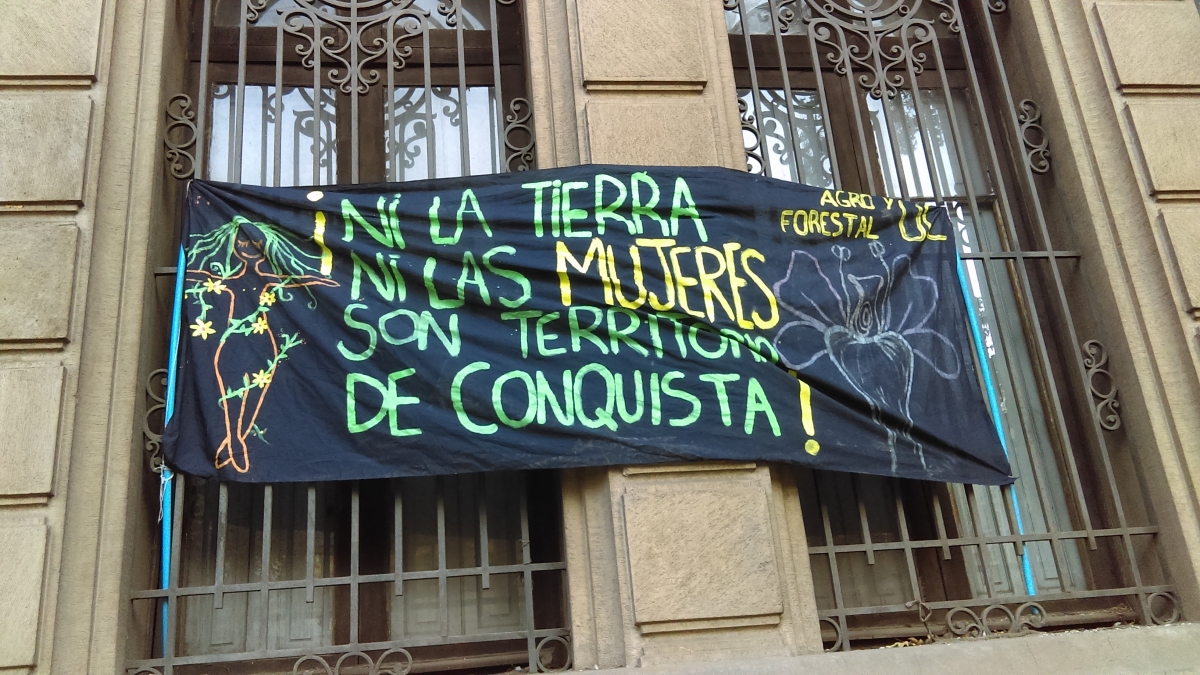 Similar to the relationship between feminism and protest, it took a while for student debt to cause major protest cycles. The reforms which privatized college funding (both in public and private institutions) took place in 1981, so they had been in place for thirty years by 2011. The high cost of education, however, initially affected a relatively small and well-off student body. In 1990, for example, the number of college students as a proportion of the college-age population was only 18 percent.

The proliferation of private institutions, as well as increased access to student loans (after 2005), changed this picture. While increases benefited all social strata (the proportion of enrolled students increased to more than 74 percent in 2011), the most dramatic changes affected the poorest segments. For example, the percentage of college students from the poorest income quintile increased from 5 percent in 1990 to 12 percent in 2011.

It took, therefore, years for a sizable mass of students to be affected by the high cost of education, and for this malaise to become politicized. As one interviewee put it, education policies “proletarianized” a previously small, mostly elite student body. Using survey data, I found that students with loans and from the poorest socioeconomic segment were more likely to participate in different types of protests than their debt-free, upper-income peers. Although many of the more recognizable faces of the 2011 student movement – like Camila Vallejo and Giorgio Jackson –  came from elite institutions, it was lower income students from newer colleges the ones who turn protests into massive and prolonged cycles.

From the political side, the relationship between parties in power and student organizations also help to explain the timing of protest cycles. Party-society linkages can take a variety of forms, and strong linkages with incumbent parties can discourage student mobilization. On the one hand. activists are less prone to mobilize against a government they identify with (“you couldn’t push too far because in a way it was also your government”, stated a former student leader). On the other hand, parties with connections to student organizations can offer side benefits to student leaders to thwart protests. Several interviewees, for instance, claimed that in the 1990s and 2000s the Concertación party coalition had “strikebreakers” – former student leaders employed at some ministries – who lingered outside of the meeting rooms where representatives of CONFECH (the national confederation of student unions) were convened in order to influence the decisions made by the Concertación-led student unions.

In Chile, periods of stronger linkages coincide with low levels of student demonstrations. In the 1990s, the Concertación enjoyed a strong presence in the college scene inherited from the alliances between the center-left and student organization against the Pinochet regime. Many public figures, like former Bachelet ministers Álvaro Elizalde and Rodrigo Peñailillo, were Concertación student leaders in this period. Beginning in the first decade of the 2000s, however, student politics dealigned from party politics at the national level, and the Communist party, together with autonomous organizations, became more important.

When Sebastián Piñera was elected in 2010, the government lost all linkages to student organizations. As former education minister Sergio Bitar stated in an interview, “we’ve always had people from the social movements, party leaders are connected to social leaders, by contrast, the Right does not have any capacity to dialogue.” This helps to understand why, under Piñera, financial demands erupted into major protests in 2011, and why feminist demands led to mobilizations in 2018 (the current education minister’s inflaming statements regarding sexual harassment have also galvanized the movement). My statistical analysis also shows that students who were ideologically connected with the Piñera government were less likely to participate in protests than students who identified with other sectors, or even students who said they did not identify with any political sector.

In sum, grievances mobilize students when they become both widespread and politicized, and when the government does not have strong connections to student organizations. What are the implications beyond Chile? Similar student movements have occurred in Canada, the United Kingdom, and the Netherlands, among other countries. In Colombia, student protests in 2011 had the explicit aim of preventing the government from implementing a system similar to “the Chilean model”. Debtwise, the situation in the United States also seems ripe for mobilizations, if activists are capable of politicizing it. Thus, student protests are here to stay, as long as market policies shape higher education, and governments do not cultivate relationships with student and youth organizations 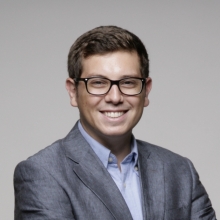 Rodolfo Disi Pavlic
Is assistant professor in the Department of Sociology and Political Sciences at Temuco Catholic University. He obtained his Ph.D. in Government from the University of Texas at Austin in 2017. His research focuses on the causes of political participation (both conventional and nonconventional), and the effect of protests on public opinion.