How Machismo Got Its Spurs—in English: Social Science, Cold War Imperialism, and the Ethnicization of Hypermasculinity

I do not remember the first time I heard the word machismo, nor the process by which I came to understand it as an epithet. Is this because I am a Los Angeles native? Maybe. But I think it more likely, given what I have now discovered about the word’s history, that it’s because I am an English-speaking denizen of the United States. My research traces the propagation of machismo as a shorthand—a global shorthand—for hypermasculinity to English-language sources, first and foremost academics. That is, the use that we all have for the term today, the images it conjures of violence, substance abuse, pathology, overweening patriarchy, baseless pride, irrationality, and sheer ridiculousness, have a specific history, and one in which U.S. intellectuals and U.S. popular culture played a starring role.

So, how machismo became what it is—the reason that it’s a commonplace—these are stories of empire. Part of what my article in LARR shows is that fears about high birth rates, communism, and immigration (particularly from Mexico and Puerto Rico) led to what we might think of as a sort of unintentional conspiracy. That is, U.S. academics were convinced that Latin American societies contained “problems” that threatened their own well-being as well as the national security and social stability of the United States themselves. In what they considered an earnest, good-faith, and eminently rational effort, these academics went looking for those “problems,” and found them by a collective process of inference, invention, and selective interpretation, all reverently deemed science. They found 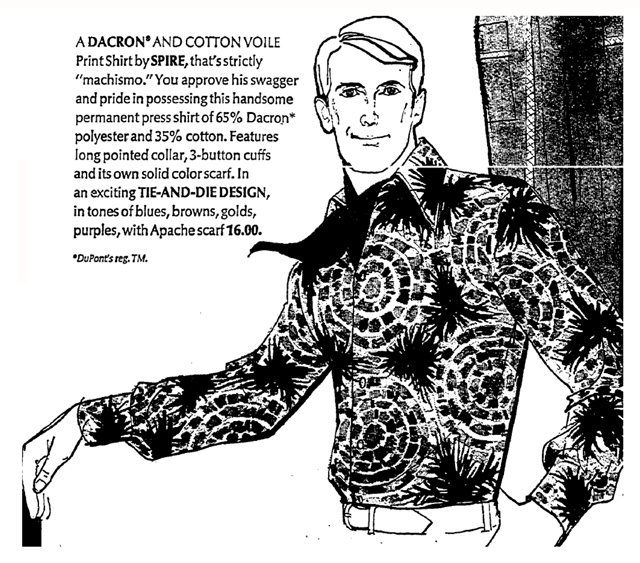 explanations that suited imperial purposes: Latin Americans’ poverty and political instability were their own fault, endemic to “Latin” culture, a liability for the Cold War United States, and an impetus to action on the part of North American authorities. Chief among the factors in that liability was hypermasculinity—a certain machismo that made Latin American men irrational, intemperate, unpredictable, unreliable, unemployable, ungovernable, unable to govern, likely to father too many children—in short, sick and dangerous. Where this word had been a relative rarity in Spanish-language sources, North American academics converted it into a term of art.

Cultural imperialism is not precisely what followed—but certainly the cultural industries of the United States played a major role in machismo’s ascent to ubiquity. Newspapers, magazines, movies, and television—all adopted the terminology, using machismo first hesitantly and then with aplomb. What had been a way of denoting a putative, peculiarly Latin American pathology remained associated with Latinity even as it became a shorthand for inflated masculinity more broadly. The word allowed hypermasculinity to transform into something foreign, the province of Latin American men, a malady appropriate to the “backward” cultures of the South. This happened even as the term was applied to describing undesirable behavior on the part of men in the North. Machismo was a direct route to constructing boorish, violent, and destructive masculinity as an ethnic trait, even when hypermasculinity itself clearly transcended the boundaries of ethnicity.

In the article, I detail the pathways traveled by the word and the set of concepts it came to signify. And the story is certainly one of imperial fears, privileges, and prerogatives. Yet it is also personal. Not only insofar as machismo has also been used to combat the ethnic prejudices that created it—by, for example, chicanx activists in the 1970s; nor only because the word became a way for feminists of various stripes to denounce patriarchy both in the United States and abroad; not even just because the word did gain currency in Spanish and enter lexicons within Latin America; but also because it let North America and North American men off the hook for their own manhood troubles. Part of what led me to this research, as an undergraduate, was a simple question: why would we use a non-English word for something (patriarchal hypermasculinity) that is so clearly evident in mainstream culture in the United States? As a young person struggling to understand the violence spurred by masculinity in my own life, I experienced machismo (the term) as a sort of cop-out—a way for people in the United States to deny that such violence was rooted in local cultures and lifeways; an implicit claim that masculine violence and the brutal subjugation of non-masculine subjects came from somewhere else, from someone else. “Civilization,” as ever, resided in the entitlement to arbitrate proper gender roles—and in the ability to mask or excuse deviation from them.

That is, partially, why I am glad to have had the opportunity to complete this research and publish it. I am lucky(?) to have raised these ideas in the current moment of growing awareness of patriarchal privilege in this country, of widely varying interpretations of how such privilege manifests and how it should be confronted. I will be even more pleased if this work contributes to a collective project of comprehending the ethnic, racist, class, and imperial dimensions of patriarchy, its violence, and who does and does not get to have a voice in locating, defining, and resisting it. 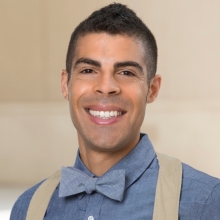 Benjamin Arthur Cowan
Benjamin Cowan is an associate professor of history at University of California, San Diego. He received his BA from Harvard University and his MA and PhD from UCLA. His book Securing Sex: Morality and Repression in the Making of Cold War Brazil was published by the University of North Carolina Press in 2016. He has also published articles in American Quarterly, Journal of the History of Sexuality, Hispanic American Historical Review, Radical History Review, and other venues. His research interests include right-wing radicalism, morality, sexuality, and twentieth-century imperialism; he specializes in Cold War Brazil, especially the cultural and gender history of the post-1964 era.