Ethnoracial Inequality in Latin America: Measuring the Effectiveness of Fiscal Redistribution in Bolivia, Brazil, and Guatemala

In my forthcoming article in the Latin American Research Review, I measure the contribution of government fiscal policy in reducing ethnoracial inequality in Bolivia, Brazil and Guatemala. My analysis of fiscal policy—one of the state’s primary policy levers for addressing inequality—considers everything from differences in tax rates and goods subsidies to conditional cash transfer programs like Bolsa Familia. I find that the effects of fiscal policy in reducing income differences are either negligible or null. I also find that, because the data show that the poorest among these ethnoracial groups utilize the conditional cash transfer programs at higher rates than whites, increasing progressive cash transfer programs in these areas would likely contribute to reducing ethnoracial inequalities.

Statistics like those cited above inform policy makers and shape the perceptions of the broader public. However, the public tends to encounter such information without the opportunity to engage with the mechanism through which it was created. For this blog post, I will discuss some of the basic moving parts that underpin these findings in an effort to demystify the process and expound upon the consequences of the findings.[1]

The method of analysis used in my article is known as fiscal incidence analysis. It is primarily concerned with understanding how transfers and taxes associated with state fiscal policy affect different groups. Measuring how fiscal policy affects income inequality requires differentiating among three distinct conceptualizations of income for individuals:

Market income - also called primary income - is the total income of an individual before direct taxes and transfers. Income here includes all things from salary and pensions to the amount of rent someone would have paid if she did not own her house and the amount of money a farmer would have paid for her food if she had not grown it herself.

Disposable income - This figure is derived by subtracting income taxes and contributions to social security from the market income while adding any direct government transfers that primarily target individuals, such as cash transfer programs and food transfers.

Consumable income - This is the true value that an individual gains (nets) overall in the economy after considering relevant taxes, cash transfers, and subsidies. This is derived by adding indirect subsidies that benefit the population or groups in the population, such as food or energy subsidies, while subtracting indirect taxes, such as sales tax or value-added taxes paid when purchasing goods and services.

Differentiating among these three concepts of income allows for comparisons among whites and non-whites before and after the effects of state fiscal policy. If the transfer of funds—net of taxes paid--progressively benefits ethnoracial groups with higher rates of poverty, this will be demonstrated by a reduction in the differences between whites and non-whites in consumable income poverty.

Table 1: Difference in probability of being poor between non-whites and whites by income concept: market income, disposable income and consumable income (in percentage points)

Table 1 shows how the difference (in percentage points) between the proportion of individuals living in poverty for non-whites minus the same proportion for the white population for each income concept. The difference in market income should be the highest, as it is devoid of any potential progressive fiscal policy. As can be observed, the gap in the headcount ratio under consumable income declines minimally in Bolivia and Guatemala, and not at all in Brazil.

One type of transfer that appears particularly fit to address ethnoracial income inequality is the targeted cash transfers, such as Bolivia’s Juanito Pinto, Brazil’s Bolsa Familia, and Guatemala’s Mi Familia Progresa. These programs transfer money directly to poor families, usually under the condition that they meet certain goals, such as school attendance and periodic health checkups for their children. However, the share of GDP allocated to each of these programs was only 0.3, 0.4, and 0.3 percent, respectively. For beneficiaries, this equates to between US$0.15 and US$0.35 per day (in 2005 purchasing power parity dollars). If the budget allocated to these programs were to be increased, non-whites would benefit in larger numbers and the differences in the probability of being poor would narrow.

Given the huge income gaps and the large differences in numbers of poor people, it is not surprising that redistributive policy achieves so little reduction in inequity in the ethnoracial space. However, if cash transfers programs are strengthened, they present a clear opportunity for progress. 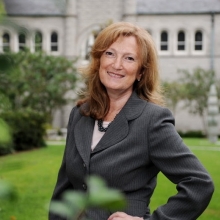 Nora Lustig
Nora Lustig is Samuel Z. Stone Professor of Latin American Economics and director of the Commitment to Equity Institute, Tulane University, and nonresident fellow at the Center for Global Development and the Inter-American Dialogue.