Botánicas as “Invisible Pharmacies”: Afro-Caribbean Religions and their Role in the Latino Population of New York City 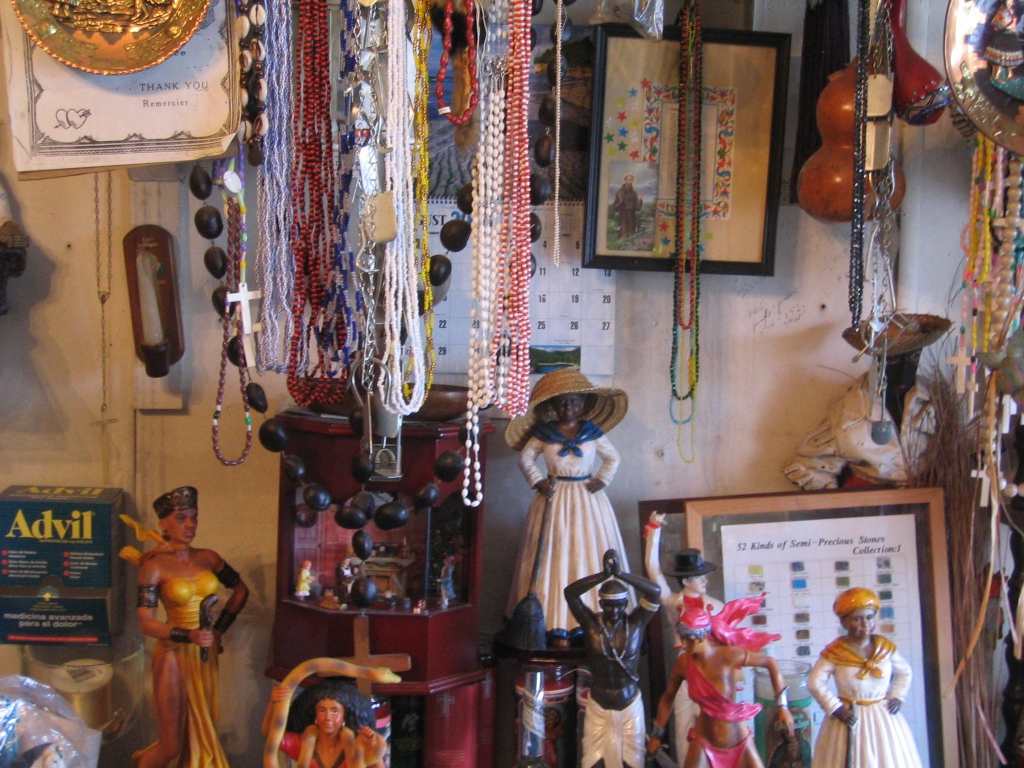 Considered the “visible door to the invisible world” of Afro-Caribbean religions, botánicas are dispensaries that offer natural medicines, magical objects, and spiritual consultations to a mostly Latino and Afro-Caribbean population in New York as well as other global cities. Their window displays resemble an esoteric bazaar where pictorial representations of diverse religious traditions are piled in apparent disarray alongside statues of Buddha, Hindu deities, Catholic saints and necklaces (elekes), with colors representing different Orishas, or divinities of the Rule of Ocha or Santeria. In cities such as New York, Los Angeles, and Miami, botánicas largely serve a Latin American population, often vulnerable and undocumented, that seeks effective solutions to a host of problems: from bodily disorders to labor abuses or family conflicts. The counselors and other botánica employees understand individual symptoms as a disruption of the social and spiritual world, often caused by spells or negative energies.
The many tokens of Afro-American religions such as Santeria and Palo Mayombe speak to a spiritual pragmatism, as Orishas (deities) intervene in worldly affairs to solve concrete problems. They can provide legal advice on how to resolve an eviction case or mediate in family conflicts. Catholic saints and the Orishas of Santeria are in a permanent dialogue with one another so that they deliver practical answers for those who come to consult—whether they believe in Santeria or not. Ultimately, however, botánicas are commercial businesses whose essential métier is supported by a kind of “spiritual economy,” and their success hinges on the ups and downs of religious supply and demand. Thus, botánicas have also been labeled “supermarkets of Santeria” as practically all the elements necessary for religious worship are found there. They constitute both a symbolic and physical place where practitioners, initiates and apprentices get together, by chance or otherwise, to participate in ritual events.
Those who practice Santeria or other Afro-Caribbean religions visit the botánicas to stock up on necklaces, plants, herbs and even chickens or doves for sacrifice. These items belong to specific Orishas such as Orisha Babalú-Ayé, a well known Orisha in New York botánicas. Babalú-Ayé is usually represented by Saint Lazarus, the patron saint of the poor and the sick,
who both cures and causes epidemics and infectious diseases. The San Lázaro baths are used by those who suffer from joint problems and infectious conditions, including HIV. 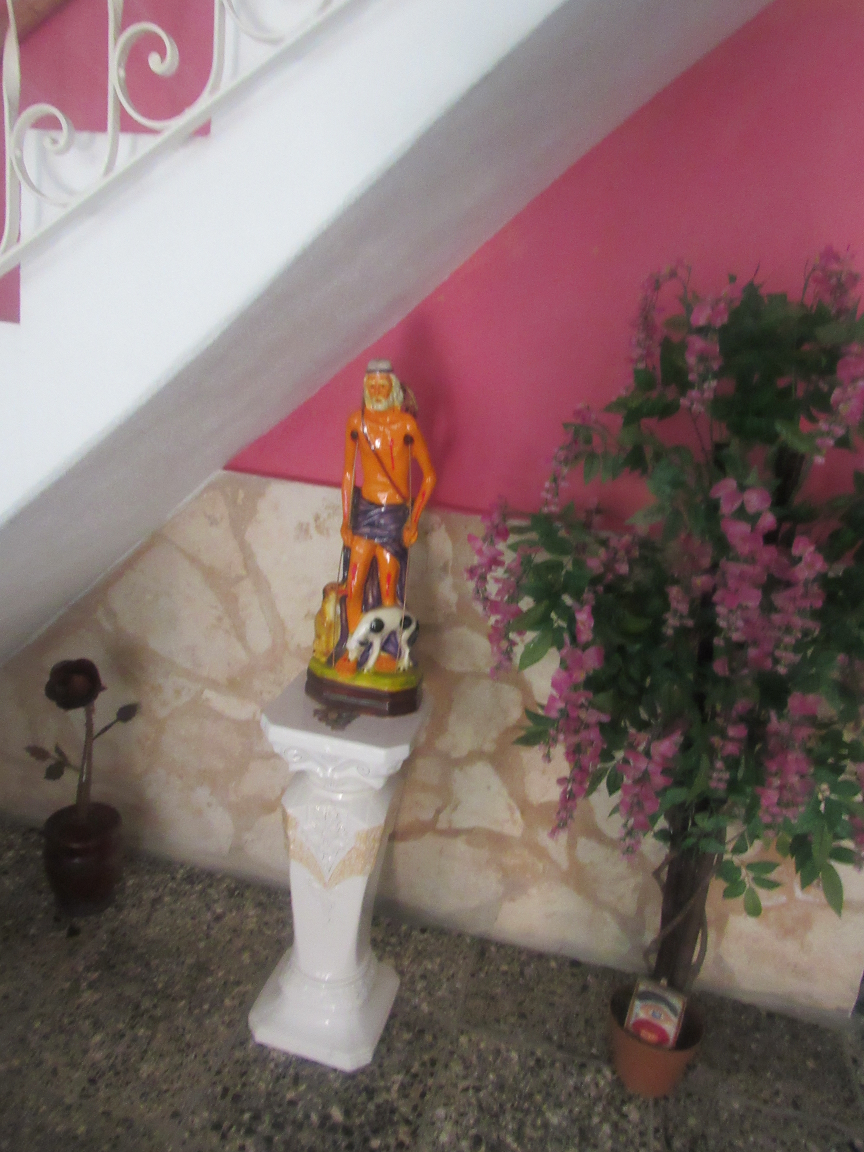 Drink, Bath and Prayer
Central to this study is the notion of “sociosoma,” a term that integrates the bodily, social and spiritual dimensions of the most frequent ailments brought to the consultation by Latinos. During fieldwork, we had the opportunity to observe the“sociosoma in action” as botánica counselors knew whether to attribute the origin of a condition to a physical organism (for example, a bacterium or virus), versus a socially-inflicted trauma, as in the case of a spell or curse invoked by a co-worker. “Drinking, bathing and praying” (herbal teas, cleansing baths and prayers) are the three basic pillars of most of the treatment routes, and which illustrate the aforementioned sociosomatic model.
Botánicas provide their clients unique access to natural substances including various leaves, tubers, seeds, and roots that are considered natural complements to biomedicine. When botánica counselors refer to “drinking,” they specifically mean the preparation and consumption of herbal remedies to cleanse and improve the physiological and mental realms of their clients. Baths are prescribed to attract good energies, to promote reconciliation with loved ones, as well as to repel the spiritual damage caused by “works” (spells) invoked by enemies. External cleansings (such as baths with flowered water) are an essential component of healing the interpersonal environment, as in the case of those experiencing marital problems or hostile work relationships. However, not all negative energies are intentional, since in many cases the perpetrator is not even aware of it. An example of this is the “evil eye,” a belief shared by many cultures according to which a person can physically or psychologically harm another individual just by looking at them. Often, the relationship between the origin of an ailment and its treatment routes is multifaceted, since disorders can have more than one cause: that is, the same condition can be due to more than one physical or spiritual agent and may manifest as the interaction between these agents. For example, gastritis or ulcers may be due to a curse perpetrated by an envious neighbor; therefore, the counselor may perform a spiritual dispossession and follow up with a prescription for one or more home remedies.
Those working at botánicas are directly or indirectly part of what is called the “immigrant continuum,” a concept that acknowledges the detrimental impact of post-migration experiences
among immigrants in the United States. The main dimensions of this continuum include legal and structural variables (e.g., problems in regularizing one’s immigration status or difficulties in obtaining employment) as well as precarious living conditions (e.g., poorly paid and unstable jobs or temporary, overcrowded housing), often leading to conflictive interpersonal relationships. Anti-immigrant policies in the U.S. were frequently mentioned by botánica vendors as a main trigger for many of the emotional and physical problems afflicting their Latino clients. In this vein, two of central concerns affecting the latter included fear of deportation and the difficulties to regularize their legal status.
The Therapeutic Construction of Hope
Regardless of the effectiveness (or lack thereof) of the products and treatments available at botánicas, a fundamental key to understanding their success lies in their counselors’ ability to nurture the therapeutic construction of hope among the Latino immigrants who visit them. The latter find in these dispensaries a place for religious, social and emotional vindication as well as a symbolic route to reaffirming themselves as subjects capable of transforming their lives and, eventually, improving their destiny.
Larr article can be found here
Paper's citation: Viladrich, A. (2019). Las botánicas como “farmacias invisibles”: Religiones afrocaribeñas y su rol en la población latina de la ciudad de Nueva York. Latin American Research Review, 54(4), 893–908. DOI: http://doi.org/10.25222/larr.81 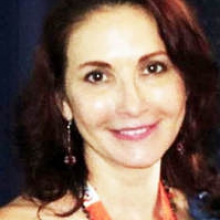 Anahí Viladrich
Anahí Viladrich is a sociologist and medical anthropologist originally from Argentina. Her research and writing intertwines the field of migration studies, culture and health. As a full professor at the City University of New York, she combines her work as a researcher and teacher with her passion for mentoring younger generations of scholars.