The Benefits of Balance: Credibility, The Rule of Law, and Investment in Latin America

Falling commodity prices and deteriorating economies recently handed victories to opposition parties on the Center-Right in Argentina and Venezuela. Many citizens of these countries and others in the region hope that electing Center-Right, pro-business governments will bring economic stability and investment back to countries that have long experienced net investment outflows under Left-leaning governments.

However, many scholars express concerns surrounding a strong opposition presence in Latin American legislatures. This is not because powerful, unconstrained presidents are desirable, but because deadlock between the executive and the legislature could undermine democratic governance and prompt a return to military coups and, potentially, even dictatorships.

I argue that these fears are overblown.

Instead of undermining democracy, my research presented in The Benefits of Balance (LARR Vol. 51 No. 2) shows how the presence of ideologically distinct opposition parties in the legislature improves perceptions of the rule of law and attracts investment.

I build on James Madison’s arguments in Federalist #51 and contend that the government that is constrained through effective, practical checks and balances will be better able to commit to policy choices- particularly those that matter for investment. Politicians from parties with similar policy preferences in the executive and legislative branches of government have few incentives to block one another’s policies because they are likely to share views on what makes for good policies in the first place. Furthermore, politicians from parties with similar policy orientations are likely to work together in the future to enact their preferred policies. Thwarting one another in the present decreases the prospect for future collaboration to achieve mutually desirable goals because it erodes trust between parties and increases the risk of negative retaliation against future proposals. Politicians from parties with similar policy preferences therefore do not have strong incentives to prevent one another from violating the rule of law, which in turn undermines institutional checks and balances when members of these parties occupy the executive and the legislature, all else equal.

This suggests that “ambition must be made to counter ambition”, in Madisonian terms, in order to constrain politicians. In this sense, constitutions alone may not always be enough to hold powerful politicians accountable.

In Latin America, this means presidents.

Presidents across Latin America routinely flout constitutional rules, enjoy strong personalistic support in the legislature, and pack the supreme court with supporters. Constitutional checks and balances therefore turn out to be flimsy because neither the legislature nor the courts have the incentives to enforce the law. Presidential promises to respect the law are therefore not credible because no one is willing to punish violations of the law.

This is disastrous from an investment perspective because investors will not devote capital to a project if they think their factory will be seized or their profits taxed at very high rates as soon as their ventures become profitable. I contend investors witnessing politicians’ commitments to the rule of law assess the credibility of these commitments by determining whether politicians have incentives to honor their promises. Simply put, investors deem commitments to the rule of law more credible as politicians’ costs of reneging on these commitments increase. Those costs rise as their policy preferences get farther and farther apart. The costs, and thus incentives, for cooperation or opposition depend, I argue, on whether politicians agree with one another.

Prevalent agreement, especially across political parties, creates incentives for political collusion to violate investors’ rights. Investors aren’t blind- they know whether politicians agree with one another, especially on policies that could undermine their investment. Investors are also risk-averse and will remove their capital from countries where incentives to collude, and thus the likelihood of violating investors’ rights, are higher (all else equal).

This is not to say that politicians who disagree with one another always prefer to respect the rule of law- far from it. My argument is only that politicians who disagree have incentives to prevent the passage of one another’s policies, including those that violate the rule of law. This, in turn, reassures investors of the security of their property rights and the sanctity of their contracts. Reassured investors are eager investors and devote more capital to projects in countries that they believe will protect their rights.

The Left, the Right and Investment in Latin America

It is important to note that my results are not limited to countries that elect Right-wing leaders or empower a Right-wing opposition. To be sure, investment does flow into Latin American countries that elect center-right, pro-business parties. However, my research also shows that investment flows to Latin American countries when they elect a strong opposition to the legislature, even when the president is on the right and the opposition is on the left. My analysis provides evidence that investors prefer leaders with limited authority- even when they tend to agree with the leaders.

Ultimately, the results of my analysis show that divided government in Latin America may have a hidden upside- constrained government that commits to the rule of law, attracts investment, and promotes growth. 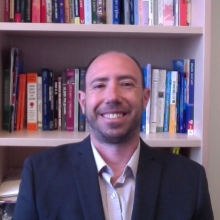