Authoritarian Secrecy and the Study of Politics in Cuba 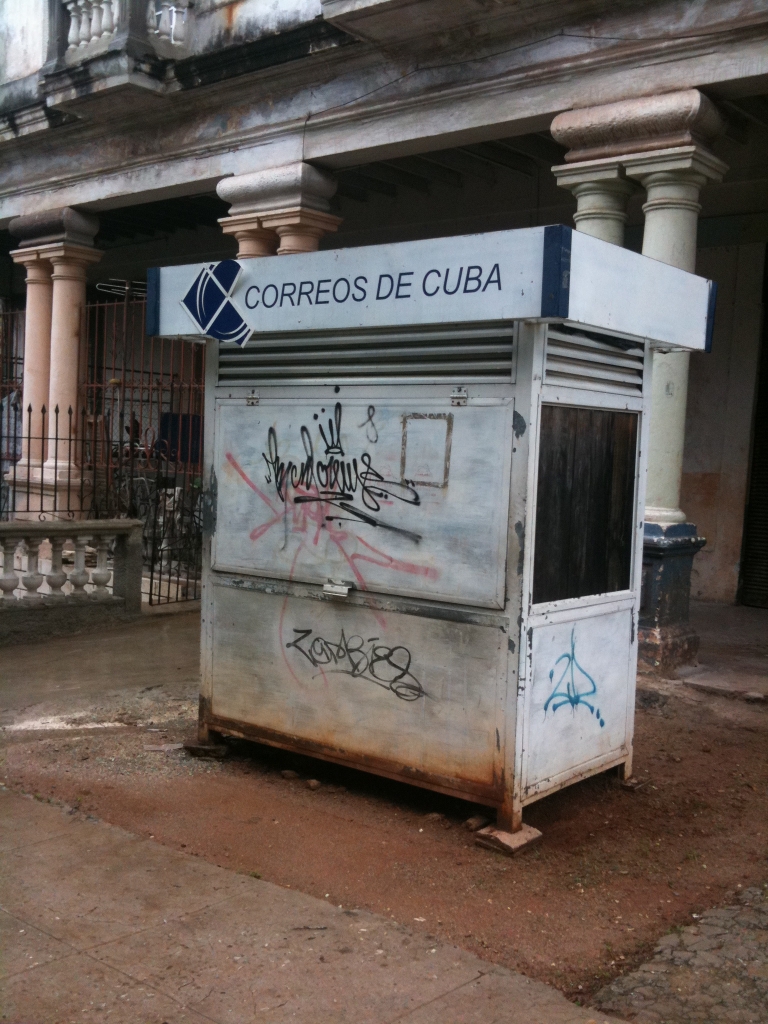 Secrecy is a fundamental feature of politics in autocracies. Underscoring this point, a scholar has recently argued that we need to draw a distinction between the public artifacts of authoritarian power like elections and policy speeches and the hidden practices of autocratic governance that are concealed by the veil of secrecy1.  Revealing these hidden practices requires access to private information prepared for regime insiders that is usually not available to scholars. Cuba, where the most consequential political decisions are made in secret and archival information on leadership decision-making is heavily restricted, is no exception to this pattern. 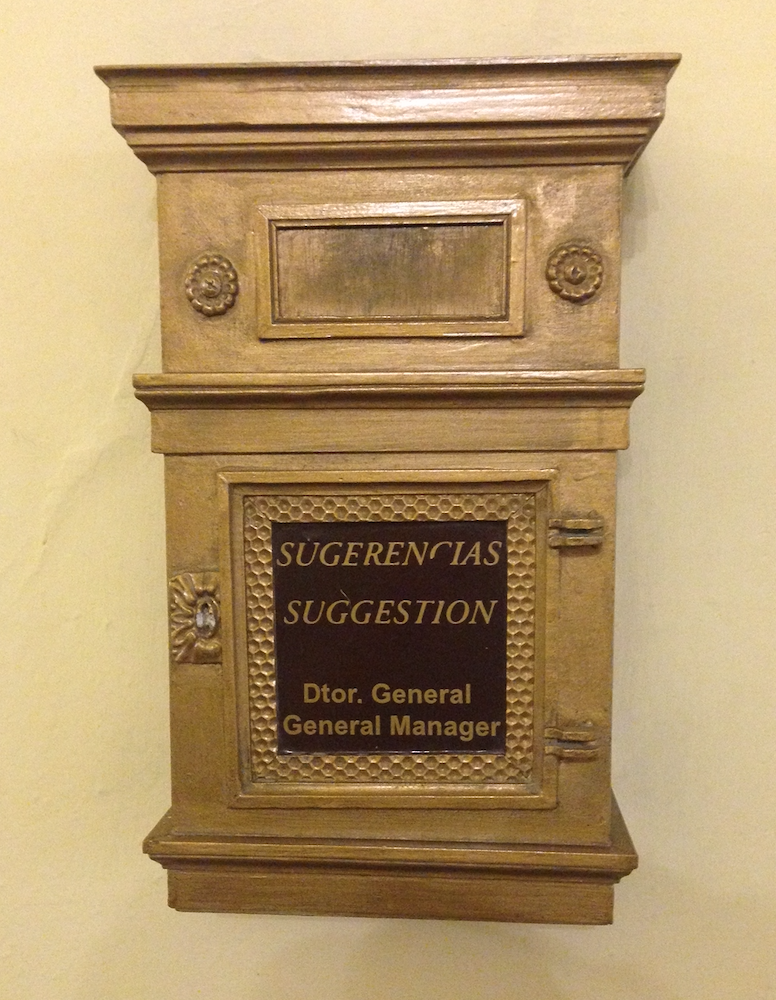 The existence of authoritarian secrecy raises a question that has relevance beyond the narrow confines of academia: namely, what analytical techniques might we use to generate hypotheses about the hidden meaning of publicly observable phenomena in autocracies? I will use my own research on the functions of letters to the editor in reform-era Cuba to illustrate the problems created by authoritarian secrecy and to suggest a possible solution.
My article in the Latin American Research Review entitled “The Functions of Letters to the Editor in Reform-Era Cuba” was motivated by a puzzle: namely, why did Granma introduce a new section entitled Cartas a la Dirección on March 14, 2008? The section printed letters to the editor containing complaints, criticisms, and suggestions. Unsurprisingly, it rapidly grew in popularity and became the most closely read portion of the Friday paper. Since March 2008, the section has appeared almost every week and has featured over 3,000 letters and more than 1,000 official responses to these letters. Since 2013, Granma has also been flagging unsatisfactory pro-forma responses by publishing editorial post-scripts (coletillas). In my LARR article, I argued that in Cuba, as in other communist regimes, published complaint letters have two functions: the simple printing of select letters facilitates the collective letting off of steam, whereas the publication of responses to the letters by the authorities that were responsible for the infractions outlined in the initial complaint allows the regime to demonstrate that it takes popular input seriously. Therefore, Cartas a la Dirección serves as a non-electoral mechanism of accountability. My piece was based on collecting and analyzing all letters, responses, and coletillas printed in Granma since Cartas a la Dirección was inaugurated in March 2008.
I stand by this argument. However, as my article acknowledges, letters to the editor might have a different function from the one suggested by their role as public artifacts of authoritarian power. How might we approach the task of generating hypotheses about the hidden function of citizen letters in autocracies like Cuba? The archival revolution that followed the collapse of communism in Europe produced new insights regarding the internal government understandings of the information problem in single-party communist autocracies. Research based on previously classified but now freely available government-generated materials demonstrated that in contrast to the standard arguments in the literature, communist regimes actively worked to develop strategies to collect information on public opinion by deploying state security surveillance, through opinion polling, and by collecting rumors and jokes. In addition, citizen complaints both in the form of letters to the editor and as signals directed to various party and government organs were similarly analyzed as an avenue for information collection; for example, complaints were so highly prized in the German Democratic Republic that districts (Bezirke) were encouraged to compete for handling the highest volume of citizen complaints (Eingaben)2.  Although each of these channels had its biases and limitations, when taken as a whole, the information they yielded made it possible to produce remarkably nuanced assessments of public opinion in communist single-party autocracies3.
These studies of other communist autocracies suggest one possible avenue for generating hypotheses about information gathering in Cuba. One hypothesis that cannot be tested with the currently available materials from Cuba, but which seems warranted given what we know about other communist single-party regimes, is that the real purpose of Cartas a la Dirección is to stimulate citizens to send letters to Granma so that these unpublished letters can be analyzed and information about public opinion can be extracted from them and transmitted vertically to the top leadership. After all, the value of citizen complaints as a source of information is officially acknowledged in print sources (Juventud Rebelde, January 1, 2006, 4; Granma, January 4, 2013, 10), in public commentaries by editors-in-chief (Último jueves, May 30, 2013), and in interviews with journalists in Havana. However, testing this hypothesis would require access to a source of data that is currently unavailable: the almost 100,000 letters and emails that Granma receives on an annual basis (Granma, January 4, 2013, 10), rather than the 250 or so that it decides to publish. Until such data become available, we have no choice but to focus on gaining a more complete understanding of the function of published letters to the editor in Cuba.
These questions have theoretical relevance beyond the specific case of Cuba. All authoritarian regimes take extreme measures to maintain secrecy; the case of Cuba and other single-party communist regimes fits into this general pattern of authoritarian governance. The problem of authoritarian secrecy also has practical implications: scholars see what authoritarian governments want them to see, with the premium being placed on publicly observable phenomena. For good and for bad, research on hidden phenomena in autocracies is often difficult, and generally not feasible for the case of Cuba. For some authoritarian regimes this is not a real concern, as there is no hidden meaning to public phenomena. But for autocracies like Cuba, much of what we might be interested in studying is obscured from view. Thus, research on sensitive political phenomena in Cuba can be enhanced by explicitly articulating theoretically grounded hypotheses about the hidden logic of public spectacles like the solicitation of complaint letters. These hypotheses might eventually be amenable to being tested, when and if internal data about hidden political processes become available to scholars.
Footnotes:
1 Robert Barros, “On the Outside Looking In: Secrecy and the Study of Authoritarian Regimes,” Social Science Quarterly 97:4 (December 2016), 953-973.
2 Paul Betts, Within Walls: Private Life in the German Democratic Republic (New York: Oxford University Press, 2010), 175
3 Martin K. Dimitrov, “Tracking Public Opinion under Authoritarianism: The Case of the Soviet Union under Brezhnev,” Russian History 41:3 (2014), 329-353.
LARR article:
How to Cite: Dimitrov, M. K. (2019). The Functions of Letters to the Editor in Reform-Era Cuba. Latin American Research Review, 54(1), 1–15. DOI: http://doi.org/10.25222/larr.232 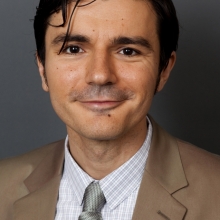 Martin Dimitrov
Martin K. Dimitrov is Associate Professor of Political Science at Tulane University. His books include Piracy and the State: The Politics of Intellectual Property Rights in China (Cambridge University Press, 2009); Why Communism Did Not Collapse: Understanding Authoritarian Regime Resilience in Asia and Europe (Cambridge University Press, 2013); and The Politics of Socialist Consumption (Ciela Publishers, 2017). He has held residential fellowships at Harvard, Princeton, Notre Dame, the University of Helsinki, the American Academy in Berlin, and the Woodrow Wilson International Center for Scholars. He is currently completing a book entitled Dictatorship and Information: Autocratic Regime Resilience in Communist Europe and China.