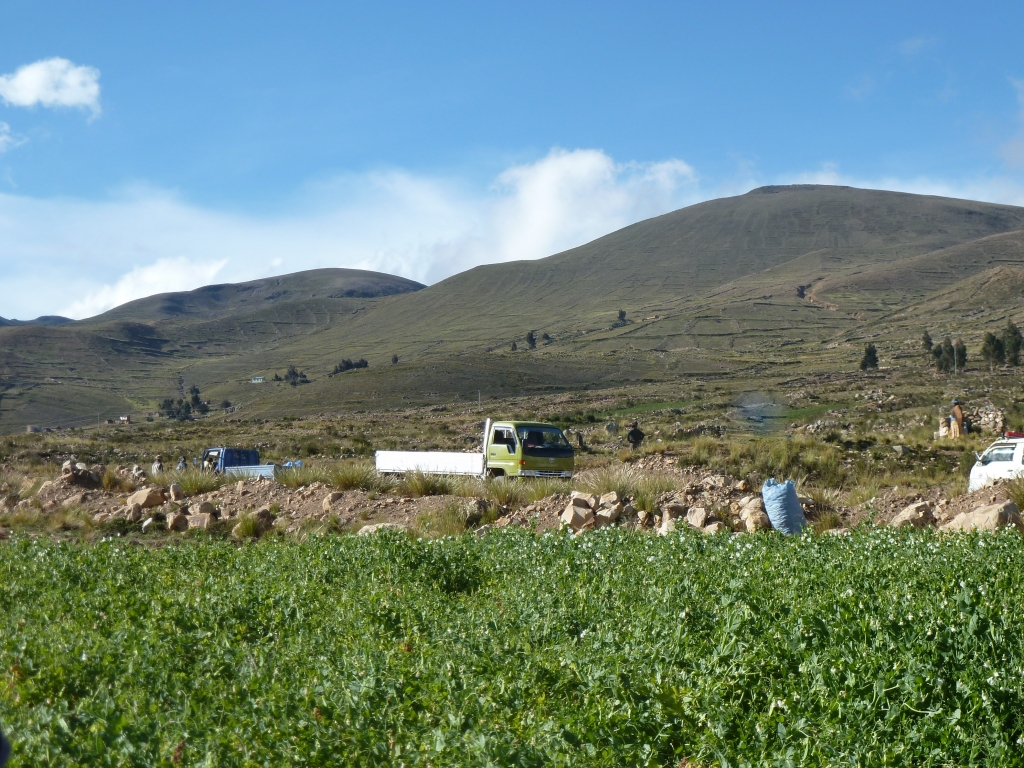 A lorry carries the local harvest through a pea field in the Bolivian Altiplano. Photo credit: Rachel Godfrey-Wood.

Markets often appear to be the epitome of amorality, responding simply to impersonal forces such as price changes rather than ethical concerns. Indeed, for their most uncritical supporters, this is one of their greatest strengths: markets are a sphere where we are liberated of the murky moral questions that affect the rest of our lives, kindly processing our needs and preferences through price signals that tell us what we need to know. However, this stylised view of markets runs up against longstanding evidence that, in markets where the actions of particular actors is visible, notions of fairness and justice do play integral roles in the operation of rural markets. EP Thompson’s essay on riots in 18th century England showed, local producers and consumers have historically advanced their own understandings of morality in order to ensure a minimum level of livelihood security. As such, the perceived infringement of these notions of justice by market actors, and in particular by market intermediaries, has often been a major cause of civil disturbance.

Until recently, market traders were routinely portrayed as being the main power holders in rural trade, using their privileged access to information and transport to impose low prices on peasant producers. With time, a series of studies have exposed this view as simplistic and caricatured. But if that is the case, how are we to understand the relative balance of power between different market actors? As discussed in our recent publication with LARR, we spent the best part of ten months investigating this question by observing the pea trade in a rural community in Bolivia’s Northern Altiplano. The community lies at an altitude of 3860 – 4000m above sea level, approximately one kilometer from Lake Titicaca. It lies on an unpaved road, about 45 minutes from one of the main towns in the region and over two hours’ drive from the city of El Alto.

In the village, peas are the only ‘cash crop’ which are produced almost entirely for sale. Peas have been bolstered by a combination of NGO interventions to introduce a good quality of pea seed into the community, the construction of a micro-irrigation system, the increased availability of tractors for higher, and high prices generated by demand from urban areas. The distance from urban markets and difficulty many of the Aymara-speaking producers face in reaching there means that two women, also of Aymara origins, operate as traders who purchase peas in the community and sell them to wholesalers in El Alto. Importantly, one of the traders is herself a community member [lugareña] and part-time producer, while the other is based in El Alto.

Both traders form personalised relationships with producers with regular sellers and buyers referring to each other as their ‘casera’. To induce deals and reinforce relational ties with their caseras, the two traders offer advances on future pea harvests as well as inducements such as fizzy drinks, bread, fruits and vegetables, and the transportation of gas cylinders for cooking, all of which are presented as disinterested gifts. At the same time, the flipside of this is that the traders often attempt to keep as large a share of the profit as possible, for example by paying less than the money they have previously promised, claiming a sudden fall in prices. They also attempt, successfully, to keep out other traders from buying the peas, offering beer to local community leaders and in some cases insulting potential rivals to keep control of the trade.

This not to say, however, that the producers do not exercise their own power. They do this by playing the traders off against each other, in some cases lying about the price that the other has agreed to pay or where necessary selling to the other trader in order to maintain the appearance of loyalty to their own casera. At times producers have discussed the possibility of pressurising their own leaders to break the power of the two traders and allow new ones in who might pay higher prices; although this option is balanced by the desire of sellers to maintain their own casera relationships.

The primary weapon producers have, however, is moral. By badmouthing and gossiping about the traders, producers are able to express their disillusionment with traders who are perceived to act immorally to the extent that they can influence the decisions of other producers over to whom they will sell. These criticisms are expressed in entirely moral terms, for example by criticising the perceived deceitfulness of a given trader. In response, competing traders assume their own moral discourse, presenting themselves as ‘ethical’ intermediaries who ‘care for’ their caseras, for example by buying up peas even when it is unprofitable to do so. They do this by emphasising their cultural and class similarities with the producers and, in the case of one of the traders, referring to their Christian faith to claim a greater degree of honesty. At the same time, traders also claim to be the aggrieved party, commenting on the apparent dishonesty of some pea producers who attempt to extract concessions from them.

In short, the market is a moral field, where different people’s actions are routinely judged in terms of their ethical implications. Not only are producers able to capitalize on competition between traders by playing them off against each other, they are also able, through gossip and rumour, to advance their own moral narratives about the way in which traders should behave. The upshot of all this is a market that is implicitly regulated on all sides, by the traders who keep out competitors, but also by the producers who insist on the traders buying their produce even when it is unprofitable.

How unique is this set of affairs, and to what extent is it characteristic of the Andean region or of agrarian economies? The fact that markets often appear to be subjected to forms of non-state regulation should not necessarily be surprising. As far back as the 1940s, Herbert Simon (1997) noted that apparently non-economic human traits such as emotions, loyalty, and ideas about fairness were fundamental to the functioning of large companies in the United States, as they allowed members of companies to better harness their energies and work together collectively. It therefore follows that, as Sayer (2010) argues, awareness about the relationship between moral norms and economic behaviour should not be confined to studies of rural markets in developing countries but should constitute the bedrock of a critical analysis of the way capitalism operates in developed countries, as well.

Rather than building up a strong and potentially misleading dichotomy between the ‘embedded’ nature of markets in the rural Andes and allegedly disembedded nature of fully-fledged capitalism, the task for researchers should be in assessing the conditions under which relatively less powerful actors are able to exercise influence over more powerful ones. As Sayer points out, in fully integrated capitalist economies, less powerful agents may have more difficulty in identifying the actors responsible for a particular economic situation than they do in the rural community discussed here, because the social relations of the market are concealed (what Marx called ‘mystification’). Indeed, such mystification is actively encouraged by those who aim to obscure or deflect anger from unfair arrangements. As Sayer (2014) notes, vague, impersonal, and apparently untouchable terms such as ‘the markets’, ‘market forces’, and ‘investors’ are often used to conceal the identities of powerful interests who favor measures that many in the population would consider to be unfair and immoral.

Thus, while modern capitalist societies do not conduct their affairs according to the formulations of neoclassical dogma, nonetheless they are often far less accountable to those whose lives would be affected by their decisions than the female traders discussed in this article. This creates major challenges for advocacy organizations and progressive political movements in generating alternative moral narratives around discussions of economic relations in order to bring about fairer outcomes. The challenge for researchers, whether they are studying market relations in the rural Andes or in Wall Street, is not only to reveal the relational nature of markets and the exercise of power within them, but also to assess the capacity of relatively less powerful agents to call more powerful ones to account by imposing their own understandings of fairness on market interactions.

2014 Why We Can’t Afford the Rich. Bristol, UK: Policy Press and University of Bristol. 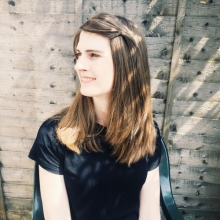 Rachel Godfrey-Wood
Rachel Godfrey-Wood is a PhD student in development studies at the Institute of Development Studies (IDS) at the University of Sussex. Her research focuses on patterns of rural change, local understandings of wellbeing, the development of regional markets and political organisations in the Bolivian Altiplano. She also works as a consultant for the International Institute of Environment and Development (IIED), for whom she specialises in issues relating to climate change and social protection policies. 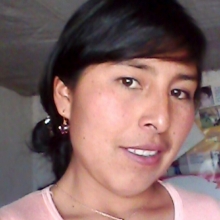 Graciela Mamani-Varga
Graciela Mamani-Vargas studied psychopedagogy at the Universidad Pública de El Alto (UPEA), and she currently works for the Fundacion ‘Jacha Uru’ in the Department of La Paz, working alongside families of children in a situation of disability.