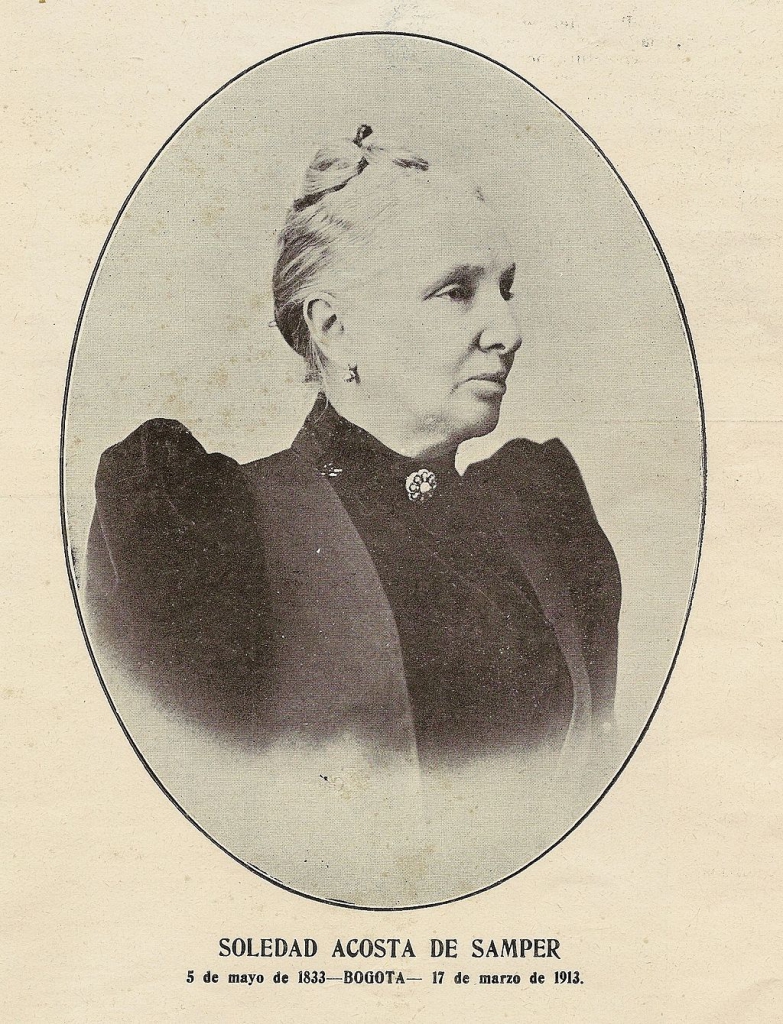 How do people understand themselves and their relationships with other people, institutions, and authority? One way to look at this question is through the lens of gender. Throughout nineteenth-century Spanish America, men and women alike grappled with changing attitudes about gender roles and social codes related to gender. Increasingly, the debates around those changes included the question of women’s access to and participation in the workforce. As writers of fiction and nonfiction posed arguments about the status and meaning of paid employment for middle-class women, they often represented work itself in ways that reinforced traditional gender norms by casting domestic work as an exalted vocation for women and envisioning women’s entry into the labor force as an extension of their family and household roles. At the same time, across the continent some women found paid employment and more options than the traditional ones of marriage or the convent, or, more aptly, they found greater public acceptance and visibility of options that had existed since the colonial period. Public opinion about such changes ranged from condemnation to praise, and writers who advocated either for or against the entrance of middle-class women into the labor market typically leveraged powerful cultural rhetoric about gendered standards of behavior. Perhaps paradoxically, the very tactics that allowed writers to make stronger claims for women’s right to paid employment often imposed limitations on women. These complex rhetorical maneuvers, and the fact that many authors felt it necessary to deploy them, bespeak their anxieties about the potential for social change brought by newly visible options for women. Some of the writings of the prolific Colombian writer Soledad Acosta de Samper (1833–1913) exemplify this push and pull. Acosta, who edited five journals and published scores of novels, essays, and short stories during her career, asserted women’s rights to meaningful work in “La aptitud de la mujer para ejercer todas las profesiones,” a speech given in Madrid in 1892. In her speech Acosta argues that Latin American women, who lagged behind their European and North American counterparts in education and opportunity, need examples of successful women, and she names women philanthropists, doctors, lawyers, scientists, economists, and travelers. She draws the line, however, at female politicians, calling female emancipation “absurd” ([1892] 2011, 174). She inserts this critique of feminine ambition in the middle of her catalog of accomplished women and surrounds her aside rejecting the full participation of women in the political arena with specific anecdotes of intellectual elite women. By expressing the fear that women might acquire too much power, she deprives potential opponents of the chance to argue against women’s right to work, and by describing women politicians as absurd—a position typical of most intellectual women of her period—she allows her other examples to be seen as acceptable, even normal. Acosta concludes that women’s options of the traditional route of marriage and motherhood or the professions are both equally good. The invocation of traditional norms of domesticity is a protective maneuver as she preempts counterarguments about the destruction of the family, but it also imposes limits on women’s ability to access all areas of life and work. Acosta thus maintains existing beliefs, usually associated with liberal ideology, about the appropriate sexual division of labor.

Acosta’s affirmation of social norms continues when she writes, ““[la mujer] jamás será respetable, nunca será digna del puesto que debe ocupar en el mundo, si renuncia a ser mujer por las cualidades de su alma, por la bondad de su corazón, y si no hace esfuerzo para personificar siempre la virtud, la dulzura, la religiosidad y la parte buena de la vida humana” ([1892] 2011, 175). There are several ways to read Acosta here; in one reading, she places boundaries around women’s participation in the public sphere as she insists on adherence to gendered norms. In her scheme women cease to be women if they do not follow a particular set of rules, and given that one of the most damaging, and conservative, arguments against women’s public work was and continues to be that it makes women “unwomanly,” Acosta’s assertions reaffirm the traditional beliefs that confine women to certain roles. Yet another reading of this passage is that Acosta strives to break through that dualistic thinking by naming women who have negotiated the transition into the professions while retaining what she deems their essential feminine qualities. If women’s traditional role involves marriage and motherhood, it also involves male protection and, beyond that, near-total dependence on the man’s desires and whims, and she explicitly calls women in these conventional roles “weak” ([1892] 2011, 175). The implication is that by contrast, professional women are strong and independent. Nonetheless, while Acosta apparently advocates for women’s opportunities as professionals, her word choice creates a divide between women occupying traditional “dependent,” “weak” roles coded “feminine,” and women occupying “independent,” “strong” roles coded “masculine.” Acosta’s discourse operates within a system of representation that produces gendered hierarchies, and her own representations of gendered subjects reinforce those hierarchies and binaries.

Indeed, four years later, Acosta published an advice manual focusing on women’s traditional domestic roles. Consejos a las mujeres (1896) has three sections, two of which address married women and describe their domestic duties, including the oversight of household servants. The text creates an image of the ideal elite married woman as wholly dedicated to the moral, spiritual, and physical well-being of her family and to the oversight of her home and household staff to achieve domestic perfection. Acosta couches domestic labor as a saintly task; she counsels a new bride to be “no la prosa, no la materialidad de la vida de tu esposo, sino la poesía, la belleza ideal con que ha soñado él” (1896, 125), talks about wives’ vital mission, and writes that mothers should accept the chore of breastfeeding “con el mayor gusto” (1896, 51). But her word choice communicates the notion that the domestic work of childcare and household management as performed by elite women constitutes a grinding obligation. She announces, “Toda mujer que se casa debe comprender que dejó de ser libre y que será esclava de sus obligaciones como dueña de casa, como esposa, y como madre” (1896, 51), underscoring this idea when she refers to marriage as a cross and as a burden (1896, 131) and repeatedly describes women’s matrimonial and maternal tasks as duties imposed on them. Acosta explicitly tells her readers that having a family is such a weighty burden that women who are not simultaneously strong and self-sacrificing must not marry and become mothers (1896, 78). These discursive strategies very clearly frame the work of the mistress of the house as work. While the typical message then as now is that motherhood brings happiness to women and doesn’t pose a burden for them, Acosta firmly includes domestic labor within familial and social economies.

On the other hand, Acosta represents female household servants as inherently flawed—lazy, slovenly, and needing constant monitoring. The wife must personally care for her children because servants are bad influences: “inculcan malos hábitos, costumbres desaseadas e ideas indelicadas en los niños” (1896, 52). Today, too, we see that women whose children are cared for by paid workers are scorned for their decision to “outsource” their maternal duties to others – to strangers, people who cannot possibly love the child as much as the mother herself and who therefore are unfit to tend to the child’s needs. The consistently negative representation of lower-class working women upholds class hierarchies and Acosta actively promotes that separation through frequent reminders of the failings of female domestic workers in order to bolster the standing of her elite peers and, by extension, of herself. Acosta’s scrupulously detailed descriptions of the household chores carried out by upper- vs. lower-class women fortify class distinctions. Servants always act under their mistress’s management; elite women have an agency within the domestic sphere that lower-class women lack. Maintaining and strengthening class divisions enables elite women to enhance their own status, as social status depends upon the network of relationships between the classes.

In conclusion, such representations of women’s work in fictional and nonfictional texts in nineteenth-century Spanish America encode intense anxiety about the social changes of the modernizing process. While many advocated for progress, urbanization, and modernity, modernization also entailed societal changes in gender roles, family and domestic organization, and class structures. Writers displaced their general anxiety about the wholesale transformation of their societies onto one of the most visible markers of that transformation, working women. This may explain why middle-class women’s work was criticized or described in ways that downplayed the extent to which women worked, on the one hand, and, on the other, was often represented in ways that transmitted the writers’ messages about domesticity and family stability. If authors operate under the assumption that working women destabilize families, they cannot represent the work of those women positively, because the very representation of women working outside the home undermines the argument being made. Even authors who strove to validate women’s work associated women with domesticity, the family, and the home, which limited what those authors could propose for female agency. My article demonstrates how even those thinkers who try to imagine new possibilities outside encoded social norms find themselves bound by codes of gendered behavior, as possible transgressions of societal rules restricting access to work opportunities end up attached to acceptable modalities of thinking and talking about gender roles. Examining the apparent contradictions about women and work in and between these texts enables us to untangle and understand more completely the complex web of interactions among gender, class, race and political beliefs in nineteenth-century Spanish America. 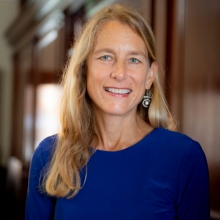 Lee Skinner
Lee Skinner is Dean of Newcomb-Tulane College and Professor of Spanish at Tulane University. She is the author of Gender and the Rhetoric of Modernity in Spanish America, 1850–1910 (2016) and History Lessons: Refiguring the Nineteenth-Century Historical Novel in Spanish America (2006), as well as articles and chapters on nineteenth-century Spanish American narrative. She is currently working on a cultural history of food in Spanish America.