The Vatican Plans to Release Archives on Argentina’s Desaparecidos 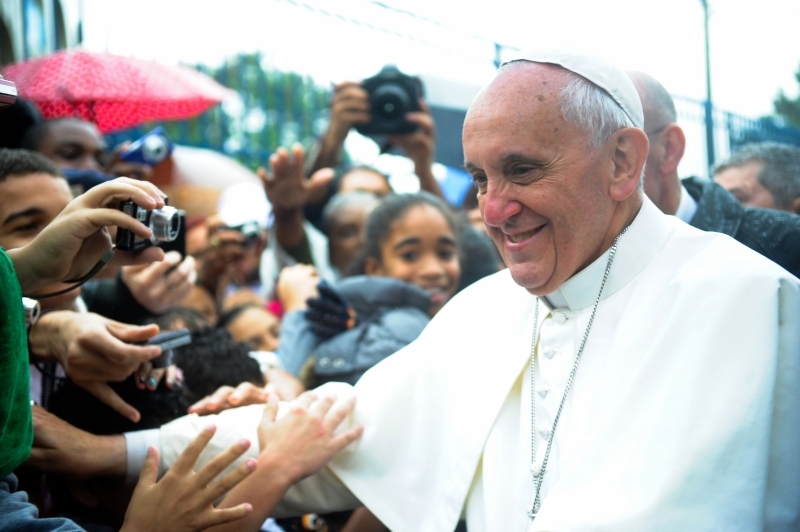 The Vatican has announced that it will reveal its classified archives on the desaparecidos (disappeared) of Argentina to the families of the victims.1 The decades-old documents contain communications between the Catholic Church in Argentina and the military government about the thousands of government kidnappings and murders of civilians during the military dictatorship of 1976-1983.2 Pope Francis, who himself was a cardinal in his native Argentina during the time of the dictatorship, led the push to release the archives to the families of the desaparecidos.3

The “Dirty War” of 1976-83 was preceded by three decades of instability in Argentina. The revered Juan Perón led the country off and on, interrupted by periods of military rule and guerilla warfare. When Perón died in July of 1974, his wife, Isabel Perón, took over; however, “Isabelita” had little political power and failed to win Argentina’s confidence during her short time in office.4 The following two years saw the escalation of terrorism from at least half a dozen major insurgent groups, which killed hundreds, as well as strikes and protests.4,5 Inflation surpassed 300 percent. Finally, a military coup led by General Jorge Videla ousted Isabelita, dissolved Parliament and established the most violent of dictatorships.4

The new ruling military junta’s goal was to completely transform Argentine society, through the “Process of National Reorganization.” Referred to simply as El Proceso, it aimed to eliminate all dissent, be it in guerilla groups, legislatures, political parties, unions, student associations, the press, or professions which the military mistrusted such as psychology or sociology. Anyone linked to any suspect institution or lifestyle was kidnapped, tortured, and done away with.5 One man from the Parana Delta recalls finding packages containing dead bodies that had been tossed from military planes along the riverbank near his home. When he reported the discovery to the police, he remembers being told, “Shut up or the same will happen to you.”6 Though the Argentine government has since estimated that about 20,000 people were disappeared by the regime, human rights organizations allege that the number is over 30,000.6

By the 80s, the military had successfully eradicated its opposition. Virtually all those who were deemed “subversives” had been murdered; the guerrillas and terrorist groups had been obliterated. The campaign of disappearances was over.5

At this point, the economy was failing and criticism of the regime was at an all-time high, causing the junta to grasp for a way to legitimize itself. In 1982, it launched an operation to take back the Islas Malvinas (Falklands) from Britain, but Britain rebuffed the invasion easily, capturing almost 10,000 Argentine soldiers within two months.4,5 Stripped of all validity and unable to repress criticism at this point, the junta slowly began to reinstate civil liberties and eventually withdrew its prohibition of political parties.5 Finally, in December of 1983, Argentina returned to civilian rule when Raul Alfonsin became president.4

That same year Argentina set up a national commission to investigate the human rights violations committed by the junta, and began officially charging ex-military leaders.4 The process of charging military officials remains a contentious point in Argentina’s collective memory of the Dirty War to this day. Today, many projects, organizations, and activists seek to validate the suffering of the tens of thousands of desaparecidos through efforts to preserve the memory of the human rights abuses, find and charge the perpetrators, and provide closure to the hundreds of thousands of grieving friends and family members.7

A Catholic cardinal who was based in Buenos Aires during the time of the dictatorship openly confessed in 1995 to knowing of 6,000 desaparecidos. Apparently the Vatican Embassy in Argentina communicated regularly with the Ministry of the Interior about the status of various cases. The Vatican has publicly apologized multiple times for its failure to speak out against the junta, and asked Argentina’s forgiveness. Pope Francis has now planned the release of the files as part of the Vatican’s efforts to make up for its inaction. He himself has faced much scrutiny for what he did or didn’t do during the dictatorship, but most Argentines acknowledge that if he had spoken up publicly, he in all likelihood would not have lived to become the first Latin American Pope.3