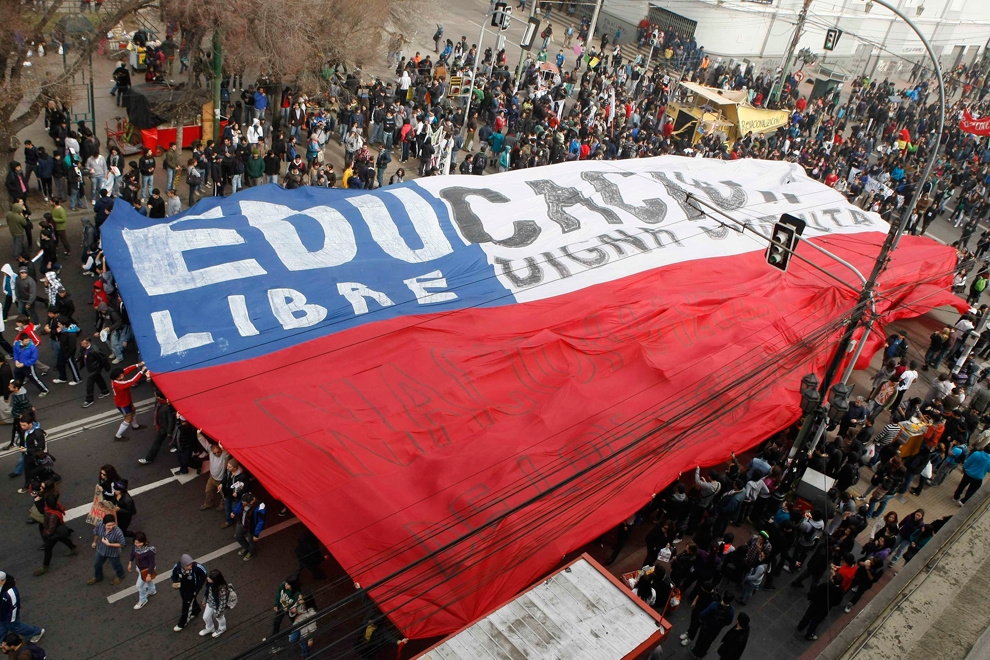 My article, “Democracy and Student Discontent: Chilean Student Protest in the Post-Pinochet Era,” (Journal of Politics in Latin America, 7(3), 49-84) was based on extensive field research conducted in Chile. I also engaged the theoretical literature on social movements to propose a three-part theory for the seemingly paradoxical emergence and escalation of the Chilean student protests. The article had two objectives: 1) explaining the rise of the Chilean student movement, and 2) contributing to the broader literature on social movements.

Yet, massive student-led protest waves in 2006 and 2011 revealed widespread discontent with Chile’s democracy. In 2006, high school students led the largest wave of protests in Chile since the dictatorship. The protests reached their peak on May 30, 2006, when nearly one million students and supporters participated in demonstrations across Chile, a country of about 17 million people. By that time, students from 950 Chilean high schools were participating in protest demonstrations (Ruiz 2007).

In 2011, university students led another wave of protests that eclipsed the magnitude of the 2006 wave. The protests endured for several months, regularly drawing tens or hundreds of thousands of people to the streets. The Universidad de Chile’s Casa Central, the most emblematic university building in the country, was occupied by students for nearly seven months.

During both protest waves, students called for specific reforms to Chile’s education system. However, given the Chilean public’s overwhelming support for the movement, the students seemed to be a voice for broader grievances felt by Chilean society. These massive, broadly-supported protests present a paradox. Why was there such great discontent in the face of objective progress? And how did Chilean students transform discontent into mass mobilization at times of political stability, poverty alleviation, and economic growth?

Part One: Expectations vs. Reality

First, the discontent among young Chileans was generated by a divergence between expectations and reality. From 1990 to 2006, Chile averaged a GDP per capita growth rate of over 4 percent, and the percentage of people living below the poverty line dropped from 38.6 percent to 13.7 percent (The World Bank 2015; CASEN 2006). By 2005, seven of ten Chilean university students were the first in their families to access higher education (Bicentenario Congreso Nacional Chile 2006). Many Chilean families were rising to the middle class and young Chileans were receiving more formal education.

However, Chile’s economy was growing unequally, and its segregated and expensive education system was restrictive for many students. Chile was the most unequal country in the The Organization of Economic Co-operation and Development (OECD) in 2011, and the country had one of the most segregated education systems in the world based on socioeconomic status (The Economist 2012; Simonsen 2012). The consequences, as one Chilean student protest leader summarized, were that Chile’s economic and educational system created a false sense of mobility. Surrounded by economic growth and expecting their lives to positively transform through higher education, many young Chileans had their heightened expectations frustrated by their personal experiences with an unequal system.

Objective indicators do not determine discontent; subjective perceptions do. In line with the classical model of social movements originally argued by scholars like Ted Gurr (1970), relatively privileged people can feel dissatisfaction with their situations if there is a gap between expectations and reality. As a result, the post-dictatorship generation of Chilean students, who led far more privileged lives than their predecessors, experienced strong feelings of discontent.

While frustrated expectations help explain the causes of the students’ discontent during a period of objective progress, that discontent is not sufficient for explaining mass collective action. Given that the costs of collective action outweigh the benefits, other things being equal, social movement scholars point out that aggrieved individuals rarely protest (McCarthy and Zald 1977; Lichbach 1998). Thus, a theory must explain not only why Chilean students felt aggrieved, but also explain why they acted on their grievances.

I argue that the formation of a collective generational identity helped Chilean students overcome collective action disincentives. The students who led protests in 2006 and 2011 were the first generation in Chile that did not experience the traumas of the Pinochet dictatorship first-hand. And nearly every Chilean student that I interviewed felt that being the first generation born into democracy was a defining generational characteristic for them. Students referred to themselves as “la generación sin miedo” (the fearless generation).

Like any collective identity, “la generación sin miedo” identity unified an otherwise diverse group of individuals. But this collective identity was particularly conducive to protest mobilization because it evoked the ideas of fearlessness, democracy, and political action. For the students, the privilege of being born into democracy was motivation to be fearless and to fight for justice in Chile through collective mobilization, just as these students’ parents and grandparents had fought to end Pinochet’s dictatorship in the 1980s.

The third part of my explanation seeks to account for the variance in student protest mobilization from the mid-2000s through 2011. Why did the protests emerge specifically in 2006 and reemerge with increased intensity in 2011? The variance is explained, in part, by looking at the decisions and actions taken by both student and government actors.

There were three meaningful government actions that help explain the variance. First, by stressing inclusive politics and a “government of the citizens,” Michelle Bachelet’s presidency (2006—2010) offered a perceived political opening for protest action.

Second, as the 2006 student movement intensified, Bachelet’s administration attempted to placate the students by promising educational reforms and by bringing the students into the government through a presidential advisory council on education. The Bachelet administration’s failure to follow through on the promised reforms helped lead to a protest reemergence in 2011.

Finally, the administration of Sebastián Piñera (2010—2014) used repressive tactics that contributed to the unprecedented escalation of the protests in 2011. In my article, I point to three particularly striking instances of political repression. Following each incident, Chilean students and citizens rallied behind the movement with increased support and intensity.

Frame bridging is the process by which social movement organizations connect with other sympathetic organizations or individuals that were previously unaffiliated. Leading up to the massive protest waves in 2006 and 2011, the Chilean student federations took steps to unify previously disconnected organizations. They also used social media to reach out to students outside of their existing organizational networks.

Frame amplification entails appealing to potential supporters through common values. The students appealed to Chilean citizens by emphasizing equality in one of the most unequal countries in the world. The students’ slogans, including “todo para ellos, nada para nosotros” (everything for them, nothing for us) and “educación pública, gratuita y de calidad” (public, free, and quality education) aligned with many Chileans’ belief systems, and the movement’s messages presented education reform as a means to a more equitable society.

Frame extension involves creating alternative incentives for those uninspired by normative appeals. Students created social and entertainment incentives through their protest events. For example, the students organized the “Thriller for Education,” where students dressed up as zombies and conducted a flash mob to Michael Jackson’s “Thriller” to represent Chile’s dead education system. They also held a countrywide kissing marathon for education in which couples gathered in public places and kissed and hugged for 1800 seconds to represent the 1.8 billion Chilean pesos that the government needed to commit to achieve free public education. Events like these attracted participants and observers and drew the attention of the international media, including The New York Times, The Washington Post, and The Economist.

Structural factors such as economic growth and generational change may set the stage for a mass protest wave, but agency — individual choices and actions — ultimately determines a movement’s timing and magnitude.

By creating a perceived political opening for social movement actors through her presidential campaign, Bachelet demonstrated how governments can contribute to the expectations that drive discontent. The Bachelet administration also offers an example of cooptation, a process by which political leaders channel protesters into institutionalized or less disruptive frameworks (Piven and Cloward 1979). However, the administration’s cooptation of the students was temporary and failed promises ultimately led to a second, more intense wave of powerful protests. The backlash from the Piñera administration’s repressive tactics corroborates with Carey’s (2006) theory that, in democratic contexts, government repression often leads to more protest.

The Chilean students built bridges between their existing organizations, appealed to the Chilean public through the common ideal of equality, and used their protests to draw attention to their cause. Through these strategic frame alignment processes, they created the largest social movement in Chile’s post-dictatorship history. 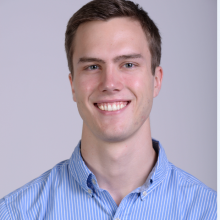 Peter M. M. Cummings
Peter M. M. Cummings studied political science at the University of Notre Dame, and conducted original fieldwork on student protests in Chile. Following his research on the protests, Peter worked at Tironi Asociados, a strategic communications firm in Chile, where his research focused on civic participation and community relations. Peter currently lives in Washington, DC. He supports national public health projects through social marketing research at FHI 360, and he serves as a bilingual tutor for the DC immigrant community at Carlos Rosario International Public Charter School.