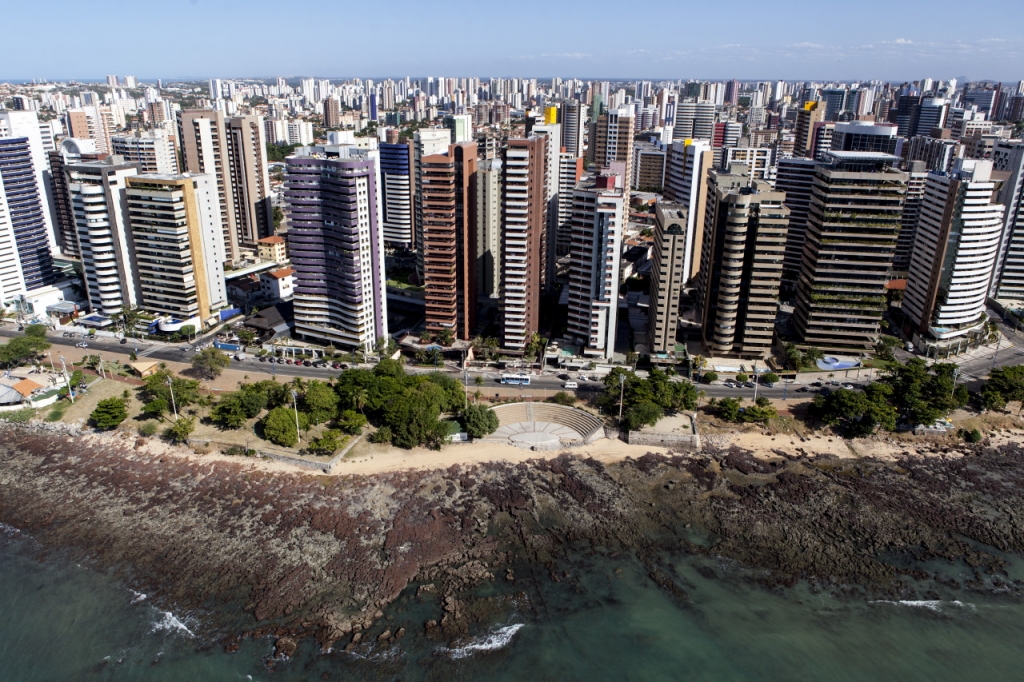 In the North-Eastern coastal region of Brazil, the state of Ceará has experienced a massive surge in violence, particularly gang violence. Gang violence has increased in the region over the past few years in a region that once had much less gang activity as compared to other cities in Brazil. The capital city, Fortaleza, has seen the most extreme rise in violence as it is the closest large port in Brazil to Europe and Africa, and is therefore a target for some of Brazil’s most notorious gangs to secure control over Brazil’s drug trade (Kaiser, 2019). Within the past few weeks, the increase of violence in the city grew immensely over the course of a couple days, leaving the 4 million citizens living in Fortaleza in the midst of violent gang attacks.

Brazil’s most infamous gangs have begun to expand their operations to the Northeast of Brazil. Some of the most dangerous of these gangs are the First Capital Command (PCC) from São Paulo, the Red Command (CV) from Rio de Janeiro, and a group Guardians of the State (GDE) (Al Jazeera, 2019). Gang violence in prisons in the Ceará state have resulted in the murders of hundreds of prisoners in 2017. In the same year, the separation of rival drug gangs in prisons caused deadly riots in these overcrowded prisons, where “at least 140 inmates have been killed in the violence, many decapitated or mutilated” (Simões, 2017). The three gangs most heavily involved in the violence are the PCC, the CV, and the GDE. President at the time, Michel Temer, sent troops to the prisons to deter the fighting, however, the troops were not allowed to intervene between the prisoners, only to remove any weapons and drugs hidden in the chaos. In order to prevent any further violence, proposals have been made to separate gang factions that have been responsible for the violence (Dudley, 2017). Now, these three rival gangs are working together to incite a series of attacks on the city of Fortaleza in protest of these proposals, with the CV and PCC even signing a non-aggression pact. The pact allows these two gangs to halt violence between each other to focus on combating the Brazilian Government, with devastating consequences (Al Jazeera, 2019).

Public infrastructure has been the target of most of the gang attacks. Buses, police stations, government buildings, and banks have suffered explosions from bombs signature to this type of gang violence. An explosion at a cell service building left 12 cities without cell service, and bridges and overpasses have been attacked as well. By Monday, January 7, 2019, Brazilian authorities had made 148 arrests related to the attacks, and three suspects had been killed in shootouts between gangs and the authorities. The government response to these attacks have been extreme, and have arguably added much more confusion to the chaos. The Guardian quotes one man in Fortaleza’s experience as he describes the utter mayhem in the city, stating “It’s complete chaos here and I feel like I’m in the middle of the ocean without a life raft,” (Kaiser, 2019). Newly elected President Bolsonaro has used pro-war rhetoric through the course of his campaign, and is a firm believer in using force to combat violence, something that is a concern for many Brazilians caught in the middle of battlegrounds such as Fortaleza.

Bolsonaro decided to deploy 300 troops to curb the violence in Fortaleza this past week (January 7, 2019) in response to reports that local police were overwhelmed with the number of attacks and violence on various buildings in the city. This is the first real instance of Bolsonaro’s war-minded beliefs since he took office this year. To combat violence, Bolsonaro has promised to make gun laws much less strict so that “good citizens can challenge armed criminals” and promotes the use of lethal force for police officers (Al Jazeera, 2019). This controversial policy may not curb violence at all, but increase it as firearms become more accessible, and police are encouraged to shoot first and ask questions later— with reward for doing so. Many Brazilians oppose this strategy of combating violence with violence, and would rather invest in police training and prison reform, such as Renato Sérgio de Lima, president of the Brazilian Forum on Public Security. Regardless of what Brazilians believe is the most effective way to combat gang violence, the current administration has already made its stance clear. “Brazil’s security forces... [have] already killed 5,000 people in 2017, an average of 14 a day” (Kaiser, 2019). This disturbingly high number makes up part of the total of 63,880 people murdered in Brazil in 2017 (an average of 175 deaths per day) (Darlington, 2018).

It goes without saying that these statistics are completely deplorable, and though most of the deaths are due to gang or criminal activity, the Brazilian government’s security forces account for nearly 8% of these murders. As Bolsonaro becomes acquainted with his role as President, and begins to implement his violent solutions to combat crime, these statistics are likely to increase, as Bolsonaro attempts to fight fire with fire— a strategy that has not worked for past Brazilian Presidents despite their commitment to their methods.