Riot and Fire kills 68 in Venezuelan Jail: The Pandemic of Prison Violence in Latin America 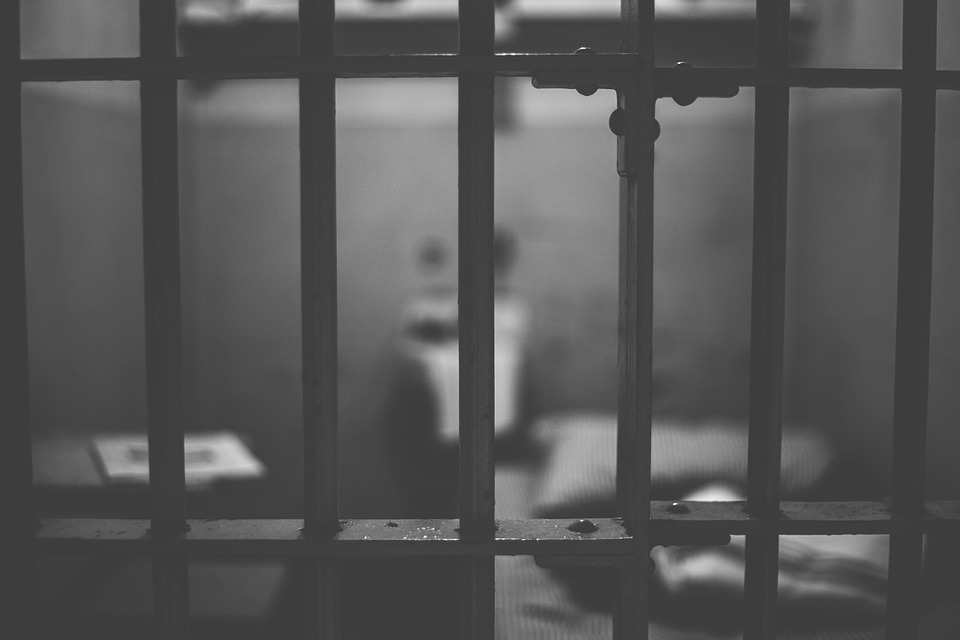 In the early hours of Wednesday, March 28, a fire was ignited during a riot in a jail in Valencia, Venezuela, killing 66 inmates and 2 female visitors. The prisoners, being held in the Carabobo police station—designed only for temporary holding—reportedly started a revolt in the early morning, causing police to enter the detention area to forcibly shut down the riot. This confrontation led the prisoners to light mattresses on fire in a hope to escape from the violence, engulfing the prison facility in flames that would take the lives of 68 people (New York Times).

Other accounts suggest that the violence was actually triggered by a confrontation between detention officers and gang leaders within the prison rather than a spontaneous riot by prisoners. Other investigations indicate that the prison officers actually provoked the violence and even helped to spread the fire (The Washington Post). However, statements by the state police corroborate the first story.

In the hours after this violence began, crowds of the prisoners’ family members and loved ones waited outside of the detention facility, begging for details about who had been injured or killed in the fire. As they pressured the police officers who were guarding the outside of the jail, the police retaliated with gunfire and tear gas. The family members stood their ground, weeping and pleading outside of the prison until the names of the deceased were slowly released. And two days later, they watched as guards lowered the prisoners’ bodies into a mass tomb with caskets stacked on top of one another (The Washington Post).

This is a horrifying story, and naturally sparks a great deal of sympathy for the families and loved ones of the victims. However, for many in Venezuela and throughout Latin America, this news is disturbingly familiar. Throughout the region, prison riots such as this one, often involving fires and scores of victims, occur quite often, and rarely provide adequate information or justice to the families of the incarcerated.

The Role of Gangs

The pandemic of violence and tragedies such as this in Latin American prisons can be explained by systemic problems of underfunding, overcrowding, and the strong presence and influence of gangs in Latin American prison systems. The ability for gangs to infiltrate the prison system means that there is a near constant flow of drugs and weapons in and out of Latin American prisons, with little legitimate security. Therefore, rather than serve to rehabilitate criminals, these prisons and jails act as breeding grounds for gang activity, or ‘universities of crime’, as a politician in Honduras once put it in a statement in 2010 (The Telegraph). These prisons function mainly as a sort of refuge for gang members and leaders in which they can recruit new members and organize further crime on the outside.

In many cases, the gangs actually have much more control over the prisons than do the local government or security forces. Because of this, there is not only very easy to move drugs, arms, and cell phones in and out of prisons, but also humans. In Mexico, for example, jail breaks have become increasingly common, with hundreds of prisoners at a time using their connections with corrupt prison guards to escape (The Economist).

In Brazil, the country’s most powerful gang, the Primeiro Comando da Capital, essentially has complete control over São Paolo’s prison system. The gang, founded in a São Paolo jail in 1993, operates behind the scenes of all prison interactions, including visitation, extortion, drug running, and the strategic coordination of prison riots around the country. If a prisoner speaks to a visitor without informing a gang boss, he will face either severe punishment or death (The Economist).

It is in part due to this heavy influence of gangs in Latin American prisons that violence and riots are so common; for example, rivaling gangs or gang factions may get into a dispute that eventually spreads and provokes further violence, fires, or revolts, that are rarely settled by the presence of guards.

Such is the case in several recent prison riots that have left scores dead, and even more wounded. In Acapulco, Mexico in July 2017, a huge fight broke out between gang members in the maximum-security wing of the prison, leaving 28 dead—4 of which were decapitated (Reuters). In 2016, another Mexican prison was caught on fire during a confrontation between leaders of the rival Zetas and Gulf cartels, leaving 49 dead and 12 injured (BBC News). In Brazil in January of this year, 9 prisoners were killed, 14 injured, and over 100 escaped after armed inmates invaded a section of the prison that was controlled by a rival gang (BBC News). In the Dominican Republic in 2005, a fight between gangs and subsequent fire killed 135. And, in one of the worst cases in the region’s modern history, a massive riot and fire trapped hundreds of inmates in their cells as the fire spread, killing over 350 in a Honduran prison in 2012. And the list only goes on.

These tragedies are not solely caused by the presence of gangs in Latin America’s prisons; another huge factor that contributes to these outbreaks of violence is the pandemic of overcrowding of prisons throughout the region. While we often hear about the overcrowding of American prisons—as the United States holds the highest incarcerated population in the world—we seldom learn about the same issue throughout the rest of the hemisphere.

In the past two decades, incarceration rates in countries throughout Latin America have skyrocketed, hindering the states’ capacities to provide even the most basic services to its inmates. The number of people imprisoned has even doubled or tripled in many countries, though most governments are unwilling or unable to increase funding to build more prisons.

Part of the reason for the dramatic increase in prison populations is the recent crackdown on criminal activity, known as mano dura or ‘iron fist’. Because of this increasingly aggressive response to crime, meant to combat the gang and drug activity that plagues the region, essentially everyone who is accused of a minor crime is jailed (Washington Post), and may not even see trial for months, or even years, after they are taken into custody. In Venezuela, for example, nearly 65% of those in jail are still awaiting formal sentencing.

Because of the arbitrary crackdown on crime, many Latin American prisons have reached far beyond their carrying capacity, cramming even small jails meant only for temporary holding. Such was the case with the Carabobo Police Station in Valencia Venezuela, where 68 were recently killed—though the facility was only designed to hold around 40 inmates, and only for a temporary period until their transfer to a permanent facility (The Washington Post).

The case of the Carabobo Police Station is emblematic of a greater problem throughout Venezuela, where nearly 50,000 people are incarcerated in prisons meant for no more than 19,000—and 33,000 in temporary holding cells meant for only 5,000 (New York Times). And the problem does not stop in Venezuela; In Brazil, El Salvador, and Mexico, prisons are routinely filled to nearly twice their capacity.

Predictably, the high—and ever-increasing—number of prisoners means that basic supplies such as food, supplies, or beds, are scarce, making survival a daily challenge for many inmates. In Venezuela, there are nearly three times as many prisoners as there are beds (Business Insider). In Brazilian prisons, inmates can suffer from severe illnesses or wounds without ever getting the proper medical attention; rather, they are crammed into unventilated cells with other prisoners, often without windows or water (The Economist). It is undeniable that the overcrowding in Latin American prisons is connected to the frequency of violence and riots within—and that it causes much higher death tolls when this violence does break out.

And to make matters worse, as Venezuela battles an economic crisis, these basic resources are becoming even more scarce within the country’s prisons. This shortage of resources, in tandem with issues of overcrowding and gang violence, is the perfect cocktail to create conflicts and tragedies just like the recent one in Valencia.

A future of change?

In recent years, some countries in the region have made an honest effort towards prison reform. In the Dominican Republic, for example, the budget for prisons and prison staff has gone up more than twofold, funding a comprehensive resolution to train prison guards and to make the country’s prisons places of rehabilitation rather than centers of criminal activity. El Salvador and Honduras have made some progress in the same direction. However, these reforms are extremely costly—and given the political and public support to continue the crackdown on gangs and drugs throughout Latin America, it is unlikely that these changes will gain much footing elsewhere.

The state of prison systems in much of the region—and especially in Venezuela, Brazil, and Mexico—are truly pandemic, and the statistics are far from promising. Given recent trends, it is likely that these countries will continue on current trajectories of high corruption, severe overcrowding, and low funding for their prisons and jails. However, the first step towards reform of any kind is education; therefore, it is critical to stay informed on the quality of prisons in the Western Hemisphere, and to use this knowledge to advocate for prison reform (domestic and international) when possible.