Political participation and constitution-making: the case of Chile 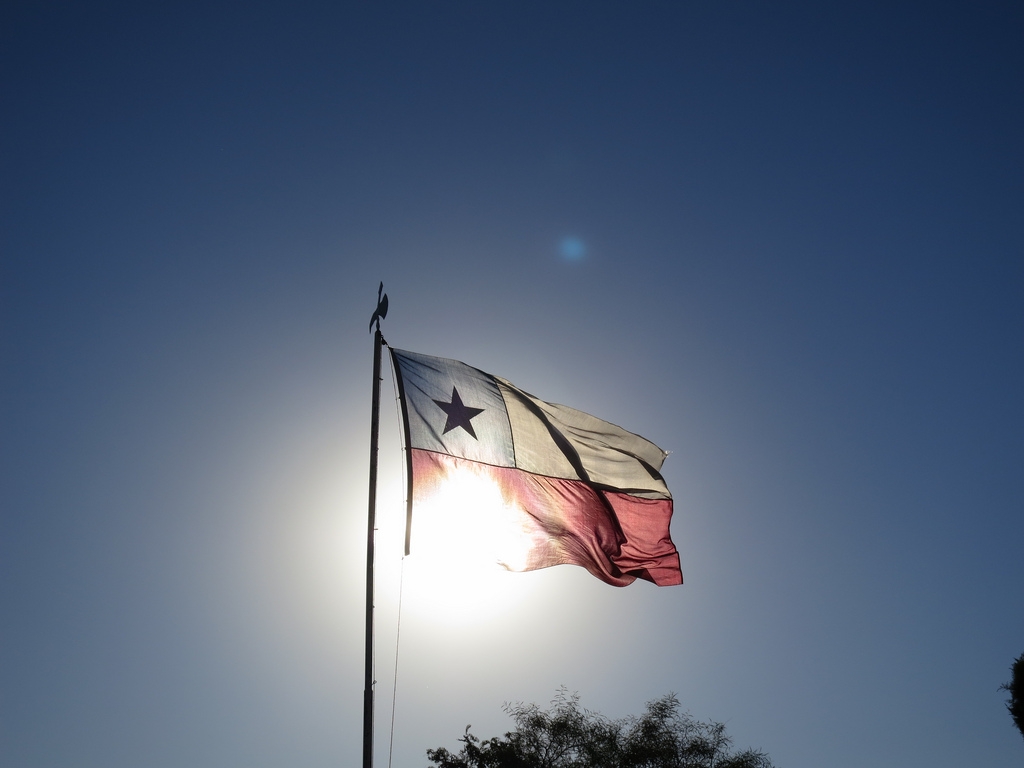 The crisis of political representation is pushing contemporary democracies to search for new legitimating mechanisms, including higher levels of transparency, openness and participation in political decision-making. This trend is also reaching constitution-making, an area formerly restricted to experts and representatives. Participation and inclusiveness seem to be requisites for a Constitution to be legitimate and to produce adherence. This report, prepared for the Observatory of the Constitutionmaking Process in Chile, discusses this experience in light of recent debates about political participation and in the context of Chile’s constitutional history. The full text is available at http://redconstituyente.cl/wp-content/uploads/2018/04/An-assessment-of-the-Chilean-constituent-process-web.pdf

The democratic ideal promises a regime of political equality and individual autonomy where collective decision-making is an expression of self-government. Its main legitimating principle is popular sovereignty. This ideal has no rival in the contemporary political world. Dissatisfaction with existing democracies is, however, “the great political problem of our time” (Rosanvallon 2007: 21). Electoral absenteeism, individualism, elites distanced from the people, are widespread problems of contemporary representative democracies that seem to call for a higher capacity of citizen oversight over the political system. The perception of a crisis of representation has led some theorists and politicians to search the remedy in direct democracy and selection by lottery. Countries have adopted mechanisms of direct and participatory democracy at the national and local level (Soto and Welp 2017: 33). Direct democracy, however, tends to following Rousseau’s concept of the General Will in assuming that preferences exist independent and prior to their expression. Advocates of deliberative democracy, on the other hand, argue that debate in representative bodies and a reflexive public sphere are necessary for opinion and preference formation.

The use of different concepts of participation has led to misunderstandings in the study of its role in constitution-making. Many authors, particularly those of earlier historical periods, considered participation to mean ratification via plebiscite. This definition has become too narrow for contemporary demands of political participation. Relevant questions to assess the quality of participatory mechanisms include: 1) whether they allow for a deliberative process or merely yes or no questions, such as in a plebiscite. 2) The participant, which may vary from interest groups representatives, regional or ethnic groups, to expert communities. 3) The participatory mechanism may take place at different moments in the constitution-making process, thus addressing different kinds of questions.

Eisenstadt, LeVan and Maboudi (2017) argue that participation in constitution-making processes positively affects the level of the ensuing democracy. The degree of citizen participation at the convening stage of a constituent process, they claim, has a strong impact on the future democracy. This analysis seeks to defy a focus on the contents of constitutions, and relies instead on the deliberative element. Soto and Welp (2017: 36) consider a “sign of the times” the fact that contemporary constitution-making requires significant citizen participation. The process that led to celebrated Constitutions a few decades ago, like the Spanish Constitution of 1978, is unconceivable today, no matter how erudite, wise and just a group of people is gathered to write it.

After the 1973 coup, the 1980 Constitution imposed a “protected democracy”, a regime of limited pluralism and granting the military a tutelary role over the political system. In spite of numerous reforms, the Constitution continues to protect the transformative project of the dictatorship, making core areas of this project immune to the democratic process. This is achieved mainly through numerous high-quorum provisions and supra-majoritarian mechanisms that guarantee no fundamental change in key areas can be achieved without the acquiescence of the political heirs of the dictatorship (Heiss 2017: 471). A system of supermajorities, including eighteen Constitutional Organic Laws that regulate key issues of political life, the binomial electoral system –reformed in 2015—and the power of the Constitutional Tribunal to veto legislation guarantee the “neutralization” of the transformative potential of democratic politics and the maintenance of the status quo (Atria 2013).

Since 2011, Chile faces the paradox of a sharp decay in institutional political participation coupled with high social mobilization. The crisis of representation relates to the constitutional problem. The democratic deficits caused by the 1980 Constitution, which make democratic institutions in some cases irrelevant,  has contributed to the disaffection towards politics and politicians.

The program of government of the New Majority center-left coalition –the heir of the Concertacion plus the Communist Party—included as a priority the creation of a new constitution through a procedure at the same time “democratic, institutional and participatory”. The announcements left many aspects of constitutional change open, and gave the impression of inviting the political system to begin a discussion rather than to present a full-fledged Constituent proposal. A key element was, however, the invitation to participate in a broad citizen deliberative exercise. In a time when support for constitutional change had reached unprecedented levels, as shown by the UNDP 2015 report on public opinion and constitutional change, the political discussion was no longer whether constitutional change was appropriate, but rather its kind and depth. Above all, the issue of the mechanism was prevalent.

The plan announced by the government started with a phase of civic education, followed by public deliberation at the local, intermediate and national level: the “cabildos” or citizen dialogues. In order to guarantee the transparency of the deliberative process, the President appointed a 15-member Council of Observers in December 2015. The result of these deliberations, the President announced, would be a consolidated document, which in turn was going to be the basis for a constitutional proposal, which would also consider the “constitutional tradition” and the “international commitments” of the country.

In its history, Chile has never had a participatory constitution-making process (Valdivia 2010). The idea of a deliberative process at the local level was, in this sense, important from the perspective of the participatory grounds for legitimacy. The dialogues had important effects at the education and informational level, as well as in an expressive dimension. In a country traumatized by pre-1973 political polarization, the possibility to discuss politics in a non-confrontational way was meaningful.  At the same time, it seems inaccurate to call the participatory phase properly constituent. It is precisely because there was so little at stake that discussion did not become aggressive. The methodology of the dialogues invited to register both agreement and dissent and tried to avoid cutting the discussion by voting. The intense participation of over 200.000 people all along the Chilean territory to deliberate about the Constitution is noteworthy, as underscored by the OECD. The constitutional debate was not, however, strong within civil society.

While the participatory pre-constituent consultation process allowed the direct involvement of more than 200.000 people in intense deliberation on constitutional matters, the fact that these debates did not have direct impact in decision-making contributed to de-politicize the exercise. Instead of bringing participatory legitimacy to politics, the Chilean experience de-politicized an inherently political matter. Participation stayed almost at the private level and became parallel to a political system that was not “contaminated” by it, not even when a municipal election coincided in 2016 with the participatory phase promoted by the government.

The process allowed the Government to present an interesting experiment on participatory deliberation before international institutions concerned with civic engagement, such as the United Nations, ILO and OECD. This did not translate, however, into the internal political process. In this sense, the citizen dialogues gave an impression of false participation. The complex processing of the great amount of information produced and its translation into the proposal of a new Constitution by the executive power only days before leaving office did not seem an adequate treatment of the citizens’ voluntary participation.

The design of the participatory phase tried to overcome the illegitimacy of political parties and Congress by depoliticizing participation. The Constitution proposed by the government reflected some of the ideas that emerged in the Cabildos but not others. The proposal also retained aspects of the 1980 Constitution, suggesting that the Constitution in place was the default rule used by the drafters. The drafting itself was not open, participatory or transparent. The process did not lead to a national debate capable of including all voices in constitution-making.

It seems relevant to learn from this experience. While Bachelet’s constitutional proposal may have come to an end with the electoral victory of a right-wing coalition in the 2017 presidential election, the constitutional problem remains. Building a strong civil society to participate in its solution is key to overcome the crisis of legitimacy affecting Chilean political institutions. The 1980 Constitution, with its "protected democracy” clauses, was designed to keep popular participation in political decision-making at its minimum. The Observatory of the Constitution-Making Process in Chile has been one such instance, and others like it should contribute to strengthen the link between politics and society regarding the basic political rules of the Constitution. 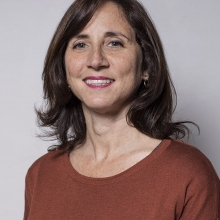 Claudia Heiss
Claudia Heiss is Assistant Professor at Universidad de Chile’s Institute of Public Affairs. She holds a PhD in Politics from the New School for Social Research and a Master of Arts from Columbia University. She is also a Bachelor in Journalism from Universidad de Chile. Her current research focuses con constitutionalism in Latin America and the constitutional problem in Chile.