More than ten years ago I started to reflect on how sociology is seizing Latin America as an object of study. My goal was to acquire more knowledge about sociology in and about Latin America. But, perhaps at least as importantly, my goal was also to understand how sociology is representing the region and how it is participating in its transformation. At a more conceptual level, I was interested in how sociology selects social problems and suggests social change. Ultimately, this is helping me forge opinions about knowledge and social sciences.

For many reasons, some of which are presented in this text, I think Latin America should be protected from sociological problematization or the process by which social phenomena are represented in terms of problems. Here, I would like to reflect on social science and society. This is not just a summary of my major findings. I am using this summary as an excuse to discuss on the problematization of Latin America. Let me start by briefly summarizing some of my research results and then by reflecting on problematization and the colonialism of knowledge. To do so, I will be attempting to answer the question “Should we protect Latin America against sociology?”

I did my dissertation on United States sociology about Latin America between 1945 and 1970, in the context of the Cold War. I did my post-doctoral research on Mexican sociological literature published between the 1980’s and the first decade of the 2000’s. I conducted this research using various methodologies including interviews, analysis of historical documents and computer assisted text analysis. This work has resulted in around ten scientific articles published in English, Spanish and French; which some of the references are found here below.

There is a danger of misrepresenting “sociology” as if it were a unified field of knowledge production. This has two shortcomings. First, sociology is in fact the aggregation of actions by sociologists. It means that sociology – as an entity – does not exist independently from sociologists, but it is more than the mere addition of sociologists. Sociology is also the norms, collective rules and institutions. Second, sociology is very diverse. It has many very different approaches to action, to ethics and methodology. There are many schools. But all of them claim to belong to a discipline called sociology. For these reasons, I am talking about “sociology” while acknowledging it is a collective of individuals with various perspectives.

Based on my study of various sources, I found that many US sociologists working on Latin America have studied the countries of interest of the US government. Very often it is a case of what I called a “topical tropism”. Sometimes resulting from opportunism; on other occasions it is an effect of the agenda of research funding that had been set by executive decrees. But it did not allow me to conclude that sociology was a tool of imperialism, at least not always.

In another research, I have observed that by the end of the 1950’s sociological texts in the major US sociology journals appear to have omitted most of the folkloric study of Latin America. They have also increasingly focused on Latin America for itself and not just for its relation to the United States. I have called it a double lexical process of “de-folklorizing” and “de-exoticizing” Latin America. Reading only US sociological literature, one would feel that Latin America has changed tremendously during that period. This is not totally unfounded, but it is only a partial representation.

Most of the time, it is sociologists themselves, not governmental agencies that dictated what is deemed acceptable in terms of representation. Sociologists do this either through advising of students, peer-reviews of articles and books, selecting conference papers, or by examining grants and funding applications. It is hard to conclude that US sociology was an armed tool of US imperialism, nor is it possible to say that sociology evolves, as a field of science, independently from external influences.

In my study of Mexican sociology between the 1980’s and 2000’s it appeared that the era of neoliberalism and globalization has affected the way Mexican social scientists think about problems. For instance, around the same time in the mid-1990’s, sociologists working about Mexican society began to view Mexico as a fragile society. In the Mexican sociological journals, Mexico appeared to require protection from the aggressions of industrial barons, US imperialism and corrupt politicians. Around the same time an increased diversity of topics is noticeable in Mexican sociological literature. These emerging topics are, for instance, urban poverty, sexual health, informal economy, drugs, violence or maquiladoras.

It seems that Mexican sociologists “discovered” indigents, small farmers, indigenous groups, poor women and children all around the mid-1990’s. Mexican sociology focused more on victims than perpetrators. And, it started to turn away from the more traditional objects and institutions of study of a liberal sociology (such as party politics, market dynamics and urban educated middle class). Mexican sociology became less the sociology of action it was before. It turned, temporarily, into a sociology of the powerless, into a description of the effects of poverty and marginalization. That is not to say sociology does not suggest paths of actions. It is just, as I observed it, a period of transition after which Mexican sociology turned to different kinds of actors (such as social movements, informal businesses, students, farmers or indigenous people) and different ways to suggest action.

One can hypothesize that it is, in part, the results of changes in the socio-economic background of sociologists (shifts in gender, social class, geographical spread of research centers in sociology) or changes in governmental policies for funding of research. However, I think it is a case of how Mexican society and sociology transformed. The transformation of sociology in Mexico means different theoretical influences, new methodologies, but almost as importantly, a less centralized discipline with a larger diversity of socio-economic backgrounds. And I propose that the underlying factor is in fact a larger unassuming reflection about the effects of the “neoliberalization” of Mexico and how the country is embedded in globalization. Sociologists saw changes before their eyes even before the dots of neoliberal globalization could be clearly connected.

Problematization and Reduction of Complexity

My research on sociology and Latin America is now completed, but my interest remains very much focused on the same dynamics. I am still interested in the contributions of knowledge and techniques to the problematization of society. In a sociological context, problematization is the process by which social phenomena are represented in terms of problems. This is usually a normative process; a process by which good and bad are being arbitrated, a bit like a fable. This is also a process by which a social group is characterized negatively, usually as culprits or victims. For sociology, problematization is the analysis of society through the negative lens of failures. Seeing society as such induce action for changes, usually external interventions.

We only know a fraction of the social reality of Latin America. This fragment of knowledge is based on our own experience, values, media, movies and previous readings from social sciences. Sociology is one of many available fabricated descriptions of society. It is a story telling that serves as a filter by reducing the complexity of society to a few social dynamics. Society is available for us to comprehend through its diverse descriptions: through the eyes of artists, poets, sociologists, economists, journalists and religious leaders, etc. Social reality is the combination of these representations.

Almost invariably, sociology reduces society to a few problems it has chosen. But problems are possibly unlimited. The selected problems tell as much about society as they tell about sociological ideologies. Almost regardless of their empirical reality, sociological problems usually appear and disappear by waves or trends. The problematization of Latin America by sociology is not a neutral process and only gives access to a partial view of social relations. The study of how social sciences select and “advertise” problems helps reveals how knowledge participates in the fabric of society. I contend that representing society through problems exposes ethical, political or social positions. The problematization of society by sociology contributes to making interventions acceptable. These interventions come in different forms depending on the sociologist’s ethical, moral or political positions. This is, perhaps, more troublesome in the case of United States sociology about Latin America during the Cold War than it is about Mexican sociology during the rise of neoliberalism.

US sociology about Latin America reduced the complexity of Latin America and problematized in ways that reflect the major ideologies of the US: imperialism, socialism, culturalism or developmentalism. The problems US sociologists saw may have suggested imperialist armed or undercover interventions in Latin America, but they have also participated in the establishment and the reinforcement of another type of intervention, the era of development. In the era of neoliberalism, Mexican sociology reduced the complexity to focus on victims. It portrayed the image of a fragile Mexico and advocated for a stronger social protection net. It antagonized sociologists and successive neoliberal governments and suggested interventions in “powerless” social groups under the scrutiny of “science”.

Should we Protect Latin America Against Sociology?

Representing society as a series of problems is never neutral. Sociologists participate in the transformation of the society they are studying, their work is being used or at least, commented. I would personally prefer that the sociological problematization of Latin America contribute to criticizing inequalities, marginalization, capitalism and the destruction of nature. But we have to acknowledge that it is also another story telling about society, based on specific values. Fighting the evils of imperialism and capitalist globalization is also a problematization. It justifies a value-laden social change and is often imposed on social groups.

It is a relatively well-known fact that sociology – same holds true for other social sciences – has participated in war efforts, has helped measured and control subaltern groups and has imposed scientific understandings to many social groups. Sociology has contributed to the “colonialism of knowledge”. At the same time, on the other end of the spectrum, sociology has been, on many occasions, a tool for liberation. Sociology has helped revealing dynamics of marginalization, exclusion and cultural ethnocide. But this is done by sociologists and, in the name of others.

One can contend that these dynamics are often problematizations told in terms and values external to the social groups. If I tend to think that the sociological problematization is lesser evil than capitalism, I am well aware it remains a form of colonialism of knowledge and an intervention.

This leads me to a question for which I unfortunately cannot provide clear answers. Should we protect Latin America, and more generally, protect society against sociology? Should it be protected against the problematization that turns society into problems? Should society be protected against the tendency to talk for the subalterns, those “who do not have a voice” and to intervene?

One way of overcoming this colonialism of knowledge is finding new ways to do sociology. Finding ways to become more aware of the shortcomings on the problematization. Facing this colonialism of knowledge, a current effort throughout Latin America is emerging to revalorize indigenous or “local” understandings of society. We should increase our collaborations with groups we pretend to describe. Especially those groups we like so much to talk for. We should also consider, if possible at all, to discuss with other understandings of society, those that do not “seize” it as an object of study. 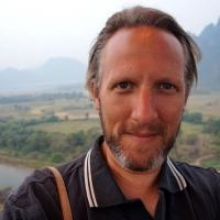