New Technologies Introduced in Brazil for the World Cup

The World Cup and new technology has gone hand in hand ever since the 1970 World Cup in Mexico. The 1970 World Cup was the first to be broadcast in color. The Mexican games were the start of a relationship between new technology in television and the World Cup.  More recently, the 2006 games in Germany were the first to be broadcast in HDTV and the South African games were available via Internet streaming, while some games were even available in 3D television.

The big technology for the 2014 World Cup in Brazil will be introduced for— at least—the last match. As confirmed by Sony and FIFA, the match will be produced and broadcast in 4K.  4K, also known as Ultra High Definition, is a new technology transmits a minimum resolution of about 4,000 pixels wide by about 2,000 pixels high. That’s huge.  A typical computer screenis only about 1,500 pixels wide and 800 pixels high.1 In addition to the privileged who own a 4K television, the games shot in Ultra High Definition will be available to watch livein cinemas and other public spaces with big enough screens.2

In addition to the amazing new television technology, another technology important for the actual games will be starting this year—goalline technology (GLT). A GLT was first used in the FIFA Club World Cup in Japan of December 2012, and FIFA decided to introduce it in Brazil.  FIFA stated, “The aim is to use GLT in order to support the match officials and to install a system in all stadia, pending the successful installation, and pre-match referee tests.”3 The official goalline technology chosen by FIFA is GoalControl GmbH, manufactured by a German company. GoalControl was tested at the Confederations cup in Brazil and did not miss one goal.

GoalControl uses real-time image analysis. Their camera-based vision systems can detect, identify, and track moving objects in complex situations. GoalControl states on their site, “With GoalControl-4D we present a system that meets all FIFA criteria for goal line technology and that can assist the referees substantially with the decision ‘goal or no-goal’.”  GoalControl is sure to give good results by the 14 cameras mounted on the stadium’s room. The cameras are able to capture a three dimensional position of the ball. When the ball crosses the goal line, the referees receive a vibration and signal on their watches that a team scored. This signal is received in less than one second of the ball passing the goal line.3 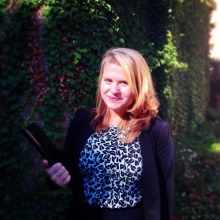