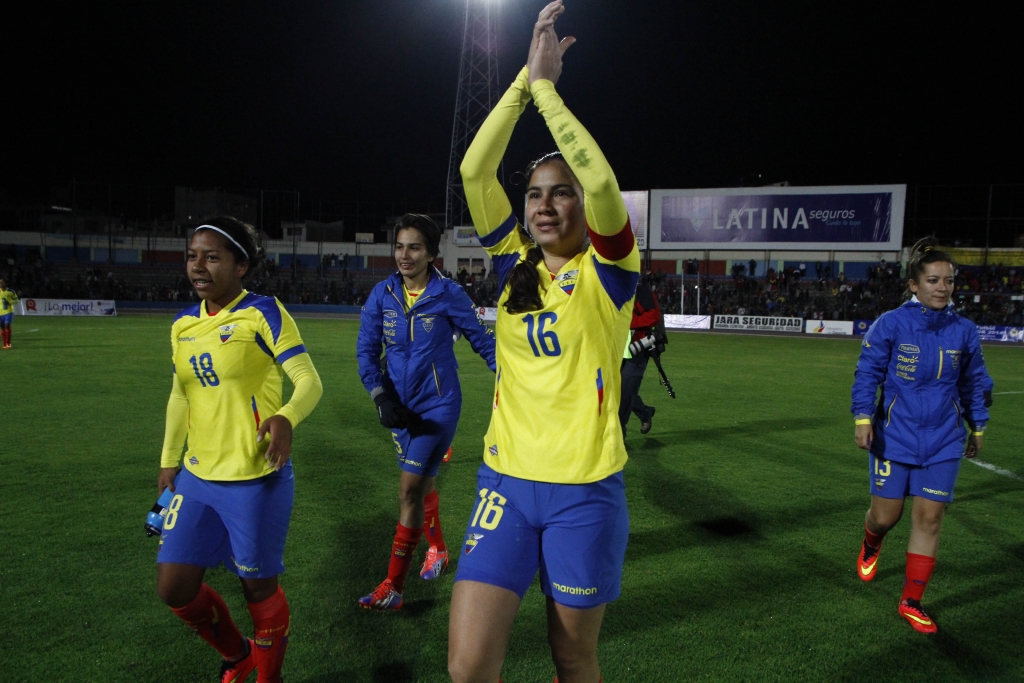 The feminist movement has fueled many women and organizations to fight for justice within their community and nation. Now women soccer players are pushing for equity in pay and conditions in Latin America. National teams have been actively protesting for improvements to their conditions, provisions, and payment. In addition, individuals have spoken out for their own teams and personal treatment. Macarena Sánchez has recently filed a legal case against her own club, as well as the Argentine Soccer Association.

Sánchez, 27 years old, was a member of the UAI Urquiza club team until January 5 when she was told she was being let go due to a “soccer related decision” (Andres Henao, 2019). She lost her minimal stipend and administrative job at the club. Sánchez was incapable of signing with a different club because it was mid-season. Sánchez’s career had been jeopardized. However, Sánchez was no longer in a vulnerable position to confront her club, and she chose to make a legal case against their unjust act of terminating her job. In addition, in her legal case, Sánchez included a complaint against the role of the Argentine Soccer Association due to their negligence of the situation. Thus, Sánchez not only became a representative for her case of inequality in the workforce, but also for female workers throughout Latin America who have been receiving less than acceptable provisions (Andres Henao, 2019).

Sánchez’s legal case has made substantial ground since its establishment. Fellow players, both male and female, including Lionel Messi, have demonstrated their support for Sánchez. This case is a part of the Argentine feminist movement which has helped women improve their treatment in politics and the workplace. Specifically, the professionalization of women’s soccer would mean that women would no longer receive a small stipend as pay or one training shirt for practice. It would require women’s clubs to receive the same amount of playing time on fields as men. In some cases women’s teams are banned from practicing on their own clubs designated field for the male equivalent team. They would be seen more as a first rate group, rather than women who are unworthy representatives of professional soccer (Andres Henao, 2019).

Limited provisions are not just the case for women soccer players in Argentina, but also in every Latin American nation. Specifically, female soccer players from Argentina, Brazil, and Chile have been the most public with their demands for equality. The fact that these countries are leading the movement in women’s football may correlate with the fact that their men’s teams lead Latin America and are provided with high salaries, pristine pitches, and elite equipment. Even in the United States female soccer players are paid significantly less than their male peers. For example, women playing in the National Women’s Soccer League in the U.S. can earn a maximum of $37,800. Meanwhile, the men of the U.S. Major League Soccer earn on average $300,000 (Close, 2016). Nevertheless, in Latin America many club teams are lucky to earn a stipend of 10 USD, let alone receive a consistent salary (Andres Henao, 2019).

Therefore, Macarena Sánchez has become vocal for the rights of her fellow women soccer players. This is not the first person to speak for the rights of women’s soccer in Latin America. Specifically, in Argentina a group of women formed Pioneers of Argentine Female Soccer, an organization that represents the need for better conditions in women’s soccer. Sánchez is received this group’s support, as well as many other organizations such as FIFPro. As an international organization that supports professional soccer players, FiFPro described how “It’s unacceptable for soccer clubs and national soccer federations in South America, or anywhere else, to treat women players as second-class citizens with vastly inferior conditions to male players” (Andres Henao, 2019). FIFPro cites Macarena as part of the growing generation of female players voicing their cases of injustice.

The growing inequality between male and female soccer players is an aspect of Latin American society that can be tied to history. Machismo culture is rooted in Latin America, and is illuminated especially in the sectors of society that have been male dominated since their establishment. This is the exact case of the soccer industry, as women had to fight for their right to create club teams alongside their male equivalents. Nevertheless, female leaders, such as Sánchez, are taking the initiative and breaking down machismo and misogynistic barriers in the soccer industry. The opposition is strong and prevalent, as leading figures such as the President of Colombian club Deportes Tolima, Gabriel Camargo, portray women’s soccer as an utmost disgrace to soccer. For instance, he commented that women’s soccer is a “tremendous breeding ground for lesbianism.” (Wrack, 2019). There are strong walls that female soccer players alongside their allies need to end before they are treated equally and without prejudice. However, leaders like Sánchez have begun to crack the male dominated system, allowing women to finally be heard.