In Argentina, and elsewhere in Latin America, members of the middle and upper-middle classes tend to be the main spokespersons in public debates around the issue of citizens’ public safety (seguridad). Public discourse about urban violence tends to be dominated by those occupying privileged positions in the social structure – they are the ones who talk most about the issue because, presumably, they are the ones most affected by it. And yet any cursory count of the victims of urban violence in the sub-region tells us that those who are suffering the most from it live (and die) at the bottom of the socio-symbolic order. But the inhabitants of the urban margins are hardly ever heard in debates about public safety. They live “en la inseguridad” but the discourse about violence and risk belongs to – in other words, it is manufactured and manipulated by – others. As a result, the experience of interpersonal violence among the urban poor becomes something unspeakable, and the everyday fear and trauma lived in relegated territories is constantly muted and denied. The urban violence among those who suffered from it the most is banished from public debate.

In a very basic sense, In Harm’s Way is about the collective trauma created by the constant and implacable interpersonal violence in a marginalized neighborhood in the outskirts of the city of Buenos Aires, Argentina. We want to subject the experience of violence to social scientific analysis and, given the incessant disavowal of its very existence, we also want to unearth those lived experiences so that they can become both visible and a subject of debate.

First, much of the violence we place under the ethnographic microscope resembles that which has been dissected by students of street violence in the United States, i.e. it is the product of interpersonal retaliation and remains encapsulated in dyadic exchanges. An eye for an eye, a tooth for a tooth: in this, the violence at the urban margins of Buenos Aires resembles the one that pervades daily life in the most dangerous of U.S. ghettos or inner-cities, Brazilian favelas, Colombian comunas, and other relegated zones throughout the Americas. However, upon casting a wider net to include other forms of physical aggression (sexual, domestic, and intimate) that take place inside and outside the home, and that do shape the course of residents’ daily lives, we begin to see that violence is used for many diverse goals and it takes different forms. Violence in the area serves more than just retaliatory purposes, and its many forms often link with one another beyond only dyadic relationships. There are other forms of physical aggression that take place inside poor households and outside in dilapidated streets, and that extend beyond the one-on-one interpersonal interaction acquiring a less clearly delineated, more expansive, form.

Violence not always remains confined to reciprocal exchange and it sometimes spreads throughout the social fabric of the community, resembling a chain that connects different types of physical harm. Part of our task was to reconstruct this concatenation of events and show readers that what looks like an isolated incident is, in fact, part of a larger interactional sequence. Thus, we talk about concatenated violences - in plural.

Second, we argue that violence at the urban margins, or at least, at this specific relegated locality, is routine way of dealing with everyday life issues inside and outside the home. Physical aggression is part of a local repertoire of action—a habitual way of acting on individual and collective interests. Residents’ rely on violence to address individual and collective problems (from disciplining a misbehaving child to establishing authority in the neighborhood or at home). Approaching violence as a repertoire means that violence is an established “know-how,” a familiar practice that is useful in dealing with the difficulties that daily life presents at the urban margins (a rape threat, a robbery, an “out-of-control” child, etc.).

Third, contrary to descriptions of destitute urban areas in the Americas as either “governance voids” deserted by the state or militarized spaces firmly controlled by the state’s iron fist, we argue that law enforcement at the urban margins —analogous to the forms of governance analyzed by Dennis Rodgers in Managua’s barrios and by Desmond Arias in Rio de Janeiro’s favelas—intermittent, selective, and contradictory. This fractured presence of the state perpetuates the violence it is presumed to prevent.

Fourth and last, residents of dangerous communities are acutely aware of the hazards that chronic exposure to violence poses, expressing a deep desire to protect their loved ones from harm and making active efforts to do so despite the many constraints they face. However, while sociological and journalistic accounts of life in dangerous communities point to some of the more spectacular ways in which people respond to danger, such as direct retaliation, collective organizing, and lynching and/or vigilantism, we still know little about the less public practices and routines that residents under siege devise to prevent violence and protect their loved ones. The book examines the different ways — some which are mundane and/or routine, others which are not; some which involve the perpetration of physical damage, others which do not — that residents of the urban periphery draw on in order to cope with (and respond to) the constant, but also unpredictable, danger. 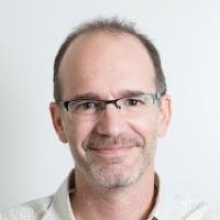 Javier Auyero
I am the Joe R. and Teresa Lozano Long professor in Latin American Sociology at the University of Texas-Austin. My main areas of research are poverty and marginality, political ethnography, and urban violence. I published the books "Poor People’s Politics," "Contentious Lives," "Routine Politics and Violence in Argentina," and "Patients of the State." With Débora Swistun I co-authored "Flammable. Environmental Suffering in an Argentine Shantytown," and with María Fernanda Berti I co-authored "In Harm’s Way. The Dynamics of Urban Violence." I am the current director of the Urban Ethnography Lab at UT-Austin. Webpage: http://www.javierauyero.com