Equity in Education for Latino Students and Teachers 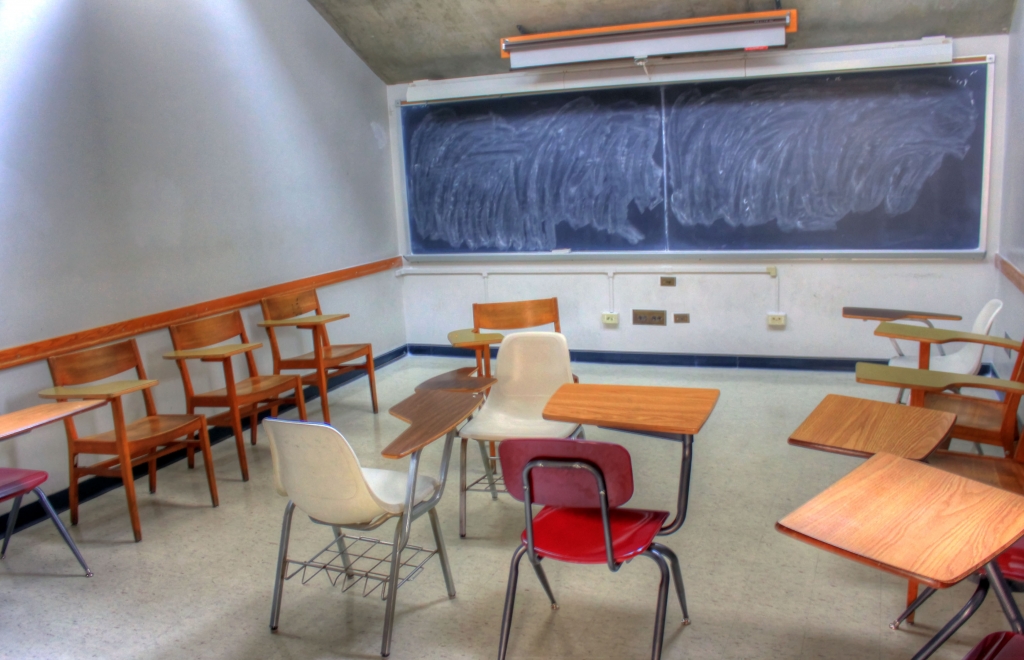 As stated previously, the racial diversity statistics for the K-12 school teacher workforce in the U.S. is not as diverse as the student population for K-12 or the population in general. The most recent data is as of 2011-2012, but states that as of this school year 82% of the K-12 public school population of teachers were white. Meanwhile, the public school population of K-12 students were 51% white. As for Hispanic students and teachers in this K-12 public school group: 24% of students were Hispanic and 8% were teachers (King, et. al., July 2016). (There was no specific data that was classified solely as Latino  teachers and students).

These statistics are given by the United States’ Department of Education, and they include a portion of how racial diversity amongst the student population is expected to grow. It was stated that the National Center for Education Statistics (NCES) has portrayed that in 2024 white students will drop to only 46% (5% decrease) of the student population and the Hispanic population is expected to grow to be 29% (4% increase). The data also suggested that there was slow growth for racial diversity amongst teachers. This data set compared the 1987-88 school year to the 2011-2012 school year, and demonstrated how 87% of the teachers were white and this fell to 82% in the later school year. Likewise, for Hispanic teachers the proportion grew from 3% in 1987-88 to 8% in 2011-12. Nevertheless, this demonstrates that although the diversity amongst Hispanic students and teachers is expected to experience gradual growth, there will still be a large gap between the amount of Hispanic students and teachers (King, et. al., July 2016).

In continuation, according to the Senior Policy Advisor for K-12 education, Mario Cardona, the population of these K-12 Hispanic teachers are primarily located in only a few states: California, Texas, New Mexico, New York, Massachusetts, and Illinois (Minhalopoulos, 2016). Are these other states not hiring Hispanic teachers? Possibly, but there is no proven research to defend this. However, there is statistical evidence that proves that a portion of the reason for this lack of Latino teachers is because of the fact that although the rate of college enrollment for Hispanic is higher, the rate of graduation amongst Hispanic is a lower rate in comparison to white students. Specifically, when Hispanic are majoring in education they have been portrayed to graduate at a slower rate than white university students (Minhalopoulos, August 2016).

In particular, this research demonstrates how Latino teachers use their skills to bridge a connection between Latino students and education. They were able to do so by promoting themselves as a role model and demonstrate what a possible future could entail for these students. The main barriers they pushed through were trust and the ability to relate to the challenges the students may face as immigrants. By doing so, Latino teachers help with empowering students and challenging stereotypes that their students may have developed. This may be helpful in increasing Latino high school graduation rates, since they are at a lower rate of graduation in comparison to White and Asian students. Also, more than 90% of Latino students were born in the U.S., but they are likely to have a parent that is a first generation parent. Thus, they may be experiencing obstacles that concern more than just their education, such as job responsibilities or family life. Latino teachers may have experience with dealing with these barriers and are able to provide a strong method for support (Shapiro and Partelow, February 2018).

In continuation, recent studies demonstrate the how providing a diverse set of teachers for all students is beneficial in improving the student academic outcome rate measured by enrollment and graduation rates. Specifically, one study, “Importance of Minority Teachers” analyzed and surveyed 4th through 9th grade public school students on their perceptions on minority teachers and white teachers (Cherng and Halpin, October 2016). This study resulted in displayed a significance in the way students perceive minority teachers, as it showed that “students of all races perceive teachers of color more favorably than they do their White teachers” (Griffin, February 2018 ). Thus, Latino teachers among the population of minority teachers have been portrayed as helpful with the success of students of all races. They limit microaggressions, stereotypes, and discrimination that students of color may be experiencing (Griffin, February 2018).

Again there is not much research done on Latino students or teachers in particular, but a study titled “The Long-Run impacts of Same-Race Teachers” was done on Black teachers and students that is a helpful comparison. This study resulted in finding that “just having one Black teacher in third, fourth, or fifth grade substantially reduced the chances of dropping out for Black male students” (Griffin, February 2018). Thus, although there is no research specifically in the case of Latino teachers there is likely a correlation between having more Latino teachers per Latino students in the schools that have a greater population of Latino students.

However, in the U.S. the gap between Latino teachers and students is growing. The states with the greatest separation between Latino students and teachers are California, Nevada, Arizona, and Texas. These are also the states that make up more than 50% of the Latino population in the United States. California has the highest gap of 36.4% difference between the amount of Latino students and teachers. The states with the largest gap average about a 28% gap, while the middle tier gap states average about a 16% gap. Strategies to encourage growth amongst Latino teachers include: increasing federal investment for supporting Latino education at the university level and in teaching credential programs (ie. financial aid and Federal grants). This would likely help to increase the college graduation and enrollment rates for Latinos in higher education. Not only is funding important for the encouraging more participation in teaching credential programs, but also making them more appealing to Latinos is important. There are strategies such as time reduction and the previously mentioned cost deterrents that keep Latinos from pursuing education as a career. There are programs that have been strategizing using these methods such as Teach for America, The National Center for Teacher Residencies, and many district specific programs that specialize in creating equal opportunities for aspiring Latino and other minority teachers. For example, these programs provide stipends, cover living expenses, and have programs that are solely for minorities. Thus, through programs like these, the education sector can expand and reduce the gap between the ratio of Latino students to teachers (Shapiro and Partelow, February 2018).

The gap between Latino students and teachers is an aspect of education that makes this field less equitable. In K-12 education, students are learning not only history and mathematics, but also how to build their character and what they can do in the future. Giving a role model that each student can find commonalities in is an important layer of education--especially in the earlier years of education. This can be initiated in schools by promoting having a diverse set of teachers. This is a process that seems daunting due to the dominance of White teachers in the education field, but increasing funding and starting more programs such as Teach for America and The National Center for Teacher Residencies are a start in the right direction for increasing the equitable opportunities in education.