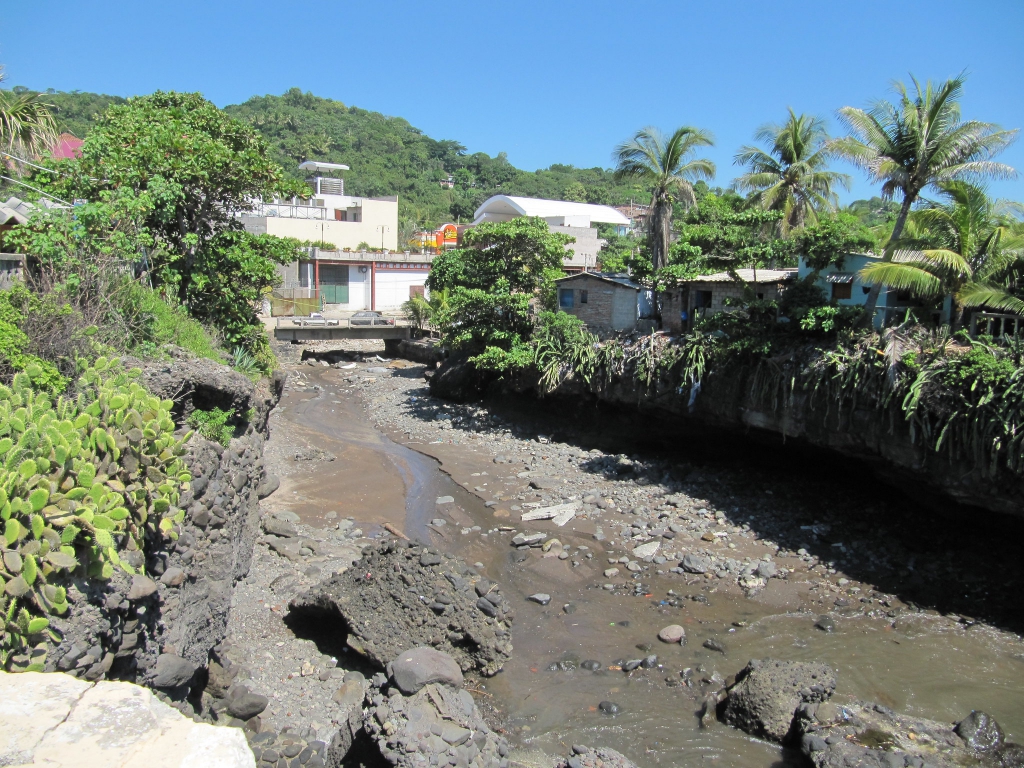 As climate change and pollution are causing drastic effects in nearly every region of the world, Central America is often ignored. The media covers island nations with regards to worsening hurricanes and rising sea levels, record heat waves in Europe and the United States, and worsening droughts in Africa and Asia.

Central America is threatened not only by hurricanes, rising sea levels, and droughts, but also deforestation, the relocation of game animals, and water pollution among a long list of other climate change and pollution-related threats. All of these crises hit El Salvador, especially the poverty-stricken countryside, harder than most countries. With relatively newly elected President, Nayib Bukele tackling issues such as violence and governmental transparency, environmental protection policies have managed to avoid media coverage, with NGOs and international organizations acting as the primary regulators of environmental protection for the nation.

The matter of water shortages is becoming one of the most pressing issues faced by El Salvador. According to National Geographic, in rural villages, “more than 600,000 people have no access to drinking water, and hundreds of thousands more experience limited or intermittent access” (Source). El Salvador is rich in water resources, with many rivers and lakes that were once able to sustain the needs of Salvadorans; however, its large population in relation to its small land area, as well as the overexploitation and pollution of water resources, the Salvadoran people are suffering.

The Ministry of Environment and Natural Resources reported that aquifers in El Salvador have receded by 13 feet, and “more than 90 percent of surface water sources in the country are contaminated.” (Gies, 2018). This data is extremely alarming, and matters are only made worse as El Salvador suffers severe gang violence, corruption, and over-exploitation of natural resources by large corporate organizations. Estimates show that if no drastic action is taken soon, El Salvador will run out of water in the next 80 years (Lakhani, 2019). A feasible solution to the El Salvador nation’s water contamination is related to other environmental deficiencies, for instance, untreated wastewater running out of sewers into rivers, runoff from industry and agriculture and general pollution. As a result, rivers and lakes polluted cannot be purified by using only traditional water purification methods. Filtration and chlorination are often used to treat water in countries with situations similar to that in El Salvador, however, the amount of runoff and pollution is too extensive for these methods to be effective.

Deforestation is another major threat for El Salvador, and as the population grows and exploitation of its natural resources by big businesses increases, the Salvadoran people and wildlife suffer. In 2003, only ten hectares of primary forest were lost total, compared to 413 hectares of primary forest that was lost 13 years later in 2016 (Mongabay, 2019). One main reason for deforestation in El Salvador is the overharvesting of forests for timber, as well as the expansion of industries to new pristine lands. This scene has put immense pressure on rural communities who rely on the resources found in the Salvadoran forests. It has also caused the endangerment and relocation of many of El Salvador’s unique fauna.

Overfishing has caused a change in the marine biodiversity that was once plentiful in El Salvador. Commercial fishing and the harvesting of fish eggs that are sold illegally as a delicacy are causing significant drops in marine life, a major source of food for rural and coastal living Salvadorans (Jamail, 2011).

Additionally, noise pollution by factories and even communities have caused changes in both marine life and animals that once lived in El Salvador’s rainforests. Many animals have migrated out of their typical environments due to noise pollution, polluted water sources and land, and deforestation (Hudock, 2019).

In an interview with Al Jazeera, Alonzo Sosa, a worker in the environmental unit of the mayor’s office of the Municipality of Tecoluca, Alonzo Sosa, explained the hardships that rural communities are facing due to these environmental issues: “If they’re polluting our water and land, and our land no longer produces, they give us no other options… We need government support to struggle to have enough food. People go out to find food, and instead, they find death” (Jamail, 2011).

With some of the worst gang violence in the world, and one of the highest murder per capita rates, evironmental issues are causing even more deaths in El Salvador. The populace that suffer the most are rural communities, whose main industry is the production of sugarcane. Ironically, the sector that impoverished Salvadorans work in is the leading culprit of the environmental struggles that are ultimately hurting them in the long run.

The sugar cane industry places a very strenuous demand on the environment. The industry uses massive amounts of toxic agrochemicals whose poisonous byproduct runoff infects rivers, lakes, and marine life, land animals, and residents that drink the water or eat fish or plants that have ingested chemicals. The higher on the food chain a predator is, the higher the toxicity a predator has due to accumulated toxicity from prey lower on the food chain. Therefore, large fish that Salvadorans eat are often more poisonous than if they were to just drink the toxic water (Hudock, 2019).

As President Bukele tackles issues of corruption and gang violence, however controversial his presidency might be, legislation regarding the protection of the environment must be put in place. Climate change is expected to significantly affect El Salvador, as rising seas are expected to inundate between 10% and 28% of the country’s coastal land (Tegel). If political efforts are made to at least mitigate the severe pollution and overexploitation of El Salvador’s resources, El Salvador will at least be able to lessen the blow that seems inevitable with climate change.