Environmental and Social Impacts of Climate Change in the Caribbean 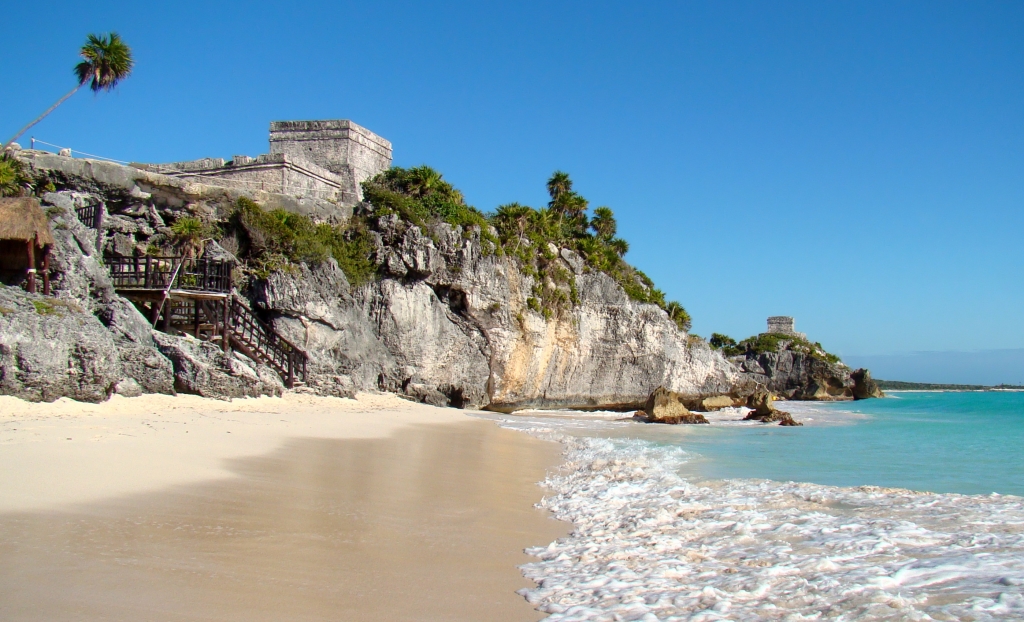 Following the aftermath of Hurricane Maria over a year ago, concerns have grown over the potentially impact that climate change may have on Caribbean nations. The effects of climate change that cause problems globally are even more serious for small islands that already are at risk of various natural disasters. As temperatures rise, nations that are close to the equator may experience even more extreme waves of heat that could be fatal for elderly populations. Changes in precipitation patterns may cause floods or droughts, hurricanes will become “stronger and more intense” and according to NASA, the sea level will rise 1-4 feet by the year 2100 (Levitt, 2018). These climate changes that will certainly have a major effect on the environment and society globally will be even more significant for the many small Caribbean Island Nations. Hurricane Maria alone resulted in the deaths of nearly 3,000 people just in Puerto Rico. The cost of basic human necessities sky-rocketed, many Puerto Ricans were left homeless, and most of the island was left without electricity for months after the storm (Brindley, 2018). Certainly one of the most fatal hurricanes in the Caribbean in recent years, Hurricane Maria is an example of the types of natural disasters that may become an annual occurrence, putting hundreds of thousands of people in life-threatening situations. So what does widespread climate change mean for the Caribbean? Studies show that climate change will result in drastic environmental and social impacts that will cause a massive increase in poverty, a large population of displaced humans, and irreversible environmental changes to some of the world’s most unique ecosystems.

Climate change is often discussed with only environmental effects in mind. Although the immediate effect of climate change is environmental changes, these changes often pose a huge impact on the economy, culture, and well-being of a community. Dr. Michael Taylor, a professor of physics at the University of the West Indies writes that “the setback to [Caribbean island nations’] economies will be measured in years. The initial estimates for rebuilding are staggering. Perhaps even more heartbreaking is the loss of those things that are economically unquantifiable. The drastic reductions in living standards, especially for the most vulnerable, that will continue for months to come. The loss of irreplaceable culture and cultural assets, the mental anguish and loss of lives, the loss of biodiversity, and the destruction of “island life” as we know it” (Taylor, 2017). He continues to explain that following Hurricane Irma, Barbuda was uninhabited by humans for the first time in 300 years as citizens were evacuated before Hurricane Maria. The consequences of climate change are not just a predicted threat for future generations, as the island nations of the Caribbean are already suffering due to the environmental impacts.

One of the largest sources of income for Caribbean nations is agriculture. Not only is it one of the most important sources of the countries’ GDPs, but it’s the main source of income for a significant amount of people living on these islands. The main threats of climate change on agriculture are increasing temperatures, changes in precipitation, and an increase in atmospheric CO2 levels (United Nations, 2018). These conditions will vary the output of different agricultural industries in the coming years, and a decrease in agricultural production will hurt lower class populations almost exclusively, increasing the poverty level in these countries. The reason for this is that large portions of the population rely on agriculture for their main source of income, and labor jobs such as farming have some of the lowest opportunities for economic success, making these workers fall below the poverty line (United Nations, 2018).

Not only will agricultural outputs be hurt immensely due to climate change, but so will tourism, another significant source of income for countries in the Caribbean. As climate change renders the Caribbean environment nearly unrecognizable, tourism will to change as well. Tourism will change significantly as environmental changes will alter the tropical Caribbean climate that is so desirable to vacationers. Additionally, natural disasters will prevent tourists from travelling to popular vacation havens (United Nations, 2018). Following Hurricane Maria, many mainland citizens of the United States were wary of booking vacations to the U.S. territory, even after most vacation destinations recovered from the damage.

Hurricane Maria forced thousands of Puerto Ricans to flee their homes to find refuge elsewhere, and this may become even more severe across the Caribbean if climate change continues at the same rate. Though many are hesitant to call people displaced due to natural disasters climate change refugees, it does not change the fact that thousands of people will be forced to find new homes, and the population of homeless people in these countries will rise. According to the Brookings Institution, “the human experiences of those displaced by natural disasters and conflicts are very similar. People displaced, for example, by both flooding and by fighting often lose family members, endure family separation, lose their possessions, and experience trauma and depression” (Ferris, 2008). Climate change is a global crisis, and certain regions are already feeling the devastating consequences that come with it. As climate change increases, the Caribbean will be one of the most devastated regions to feel the pain of the man made natural disaster.