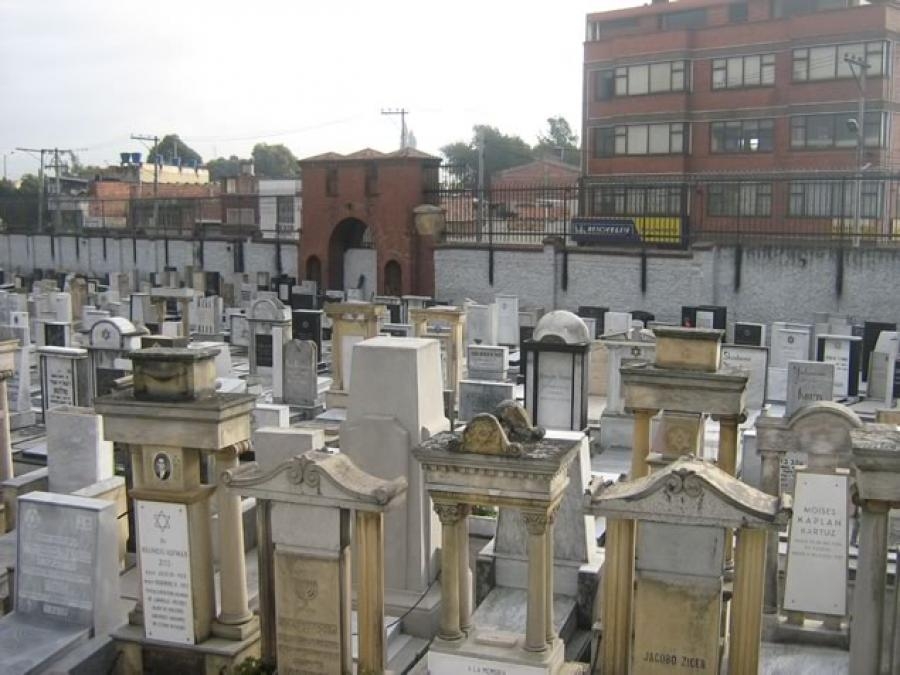 When societies urbanize and the demographic composition of the population changes, local administrations have to prepare proactively for future dead-disposal capacity and sustainable deathscapes. This situation occurs in the US and Europe, where the aging population requires more end-of-life and death services while urban space is scarce. In 2010 the New York Timesstated that “[c]emeteries are scrambling to create more space, and as lot prices have soared, the number of cremations has also risen” (Santora, 2010). Other cities in the US, Australia and Europe have similarly signalled the pressure on cemetery land (Basmajian and Coutts, 2010; Bennett and Davies, 2015). Nonetheless, this situation is even more pressing in the Global South were cities grow in uncontrolled ways. This can be primarily considered a planning problem. However, when citizens complain that “the dead are killing the living” – as has happened in Bogotá – such incidents signal a larger socio-cultural controversy between the city of the living and the city of the dead. In fact, the delicate problem of transforming urban death spaces touches upon the core values of any society: how do the living relate to the dead, and how is that relation spatialized and materialized? It was this question that preceded the research project on the planning of sustainable deathscapes in Latin American metropolises.

Literature review reveals that geographical, anthropological and urban planning studies have been conducted on the spatial encroachment of the dead and the living in many regions in the world, especially Asia (Kong, 2012). One way to approach that topic is by assessing the landscapes of death and the dead referred to as "deathscapes". The label deathscapes integrates the dispersed studies on dead, mourning and burial into an academic debate on the spaces for dead disposal and commemoration and related to that the contingent political acts of place-making and representation (Kong, 1999: 1; Maddrell and Sidaway, 2010: 5). Any approach that centres on deathscapes is bound to spatialize the social and symbolical meanings of death and disposal in a particular context.

Remarkably, hardly any urban studies dealt with this topic in a Latin American context. In 2014, a research agenda was formulated to explore this field of study in Latin American metropolises (Klaufus, 2014). During a month in March/April 2014 and three weeks in March 2015 fieldwork was conducted in Bogotá and Medellín, Colombia, based on a methodological combination of ethnographic observations on various cemeteries, particularly public ones, expert interviews, and data about the market of supply and demand in the two cities.

Cemeteries in Colombian cities offer a relevant starting point to explore the tensions between the dead and the living in Latin America, for three reasons. First, due to a long history of violent conflict, rural-urban displacements have resulted in rapid and sustained urban growth. When violence pervaded urban life in the 1990s, the anonymous victims from the rural conflict and the urban dead mounted up to such high numbers that urban cemeteries often ran out of space. Second and related to the high demand for graves, local governments and the private sector are advanced in the development of funerary and cemetery facilities out of necessity and as a commercial activity. Third, Colombian society is notoriously unequal and segregated, one of the causes of the violent conflict. In the history of the two cities, this inequality resulted in the creation of separate cemeteries for the rich and the poor. Interestingly, when Bogotá and Medellín expanded rapidly from the 1950s onward, the elite moved from the center to the suburban areas while marginalized groups that had fled the villages, discovered the monumental elite cemeteries as places to perform their belief in popular saints, witchcraft, and miracles. This is where the social and cultural dimensions of deathscape planning cross with the political-economic and geographical ones. The objective of this research project is to complement various case-studies in Latin American cities. This brief overview focuses on the first Colombian findings.

Deathscape Governance in Bogotá and Medellín

The geometry of social inequality in Colombia basically consists of two types of cemeteries: those situated in high-density areas that offer niches for corpses, bones or urns above the ground; and lush green cemeteries in the urban periphery near middle-class suburbs that are designed for graves in the ground, the so-called jardines-cementerios. Bogotá’s most emblematic deathscape, Cementerio Central belongs to the first type. It was founded in 1836 as an elite cemetery outside the urban area, in accordance with the new Spanish rules that ended church burials (Vignolo, 2013). Some decades later, the cemetery was extended with a middle-class section and later with so-called “pauper sections”. In the twentieth century, other public cemeteries were founded near low-income areas while the spacious, private jardines-cementerios appeared mostly in the rich northern part. In 2006 Bogotá’s administration decided to reduce the socio-spatial segregation in metropolitan deathscapes, approving a master plan that proposes to offer a complete package of all funerary and cemetery services to the poorest social strata on the four public cemeteries. Some years ago, the government started extending and modernizing those cemeteries to that goal. To extend the inner-city cemeteries, residential plots were expropriated, to the detriment of lower-middle class residents living there. Besides, the master plan sets out to increase cremation rates with 7% in light of the expected rise of mortality rates. This means that cremation ovens are emitting stench and smoke in high-density residential areas almost seven days a week. Although the ends of the master plan are noble and defendable from a political point of view (the state guarantees excess to services for the poorest groups and secures future capacity in this city of eight million), the means are met with public resistance. Unfortunately, cemetery users and neighbors are not included as participants in the cemetery modernization project. This is in a nutshell the situation of conflictive interests in the nation's capital.

In Medellín, a city with two million inhabitants, commercial activities have always defined the social order of society (Farnsworth-Alvear, 2000). As in Bogotá, the elite founded their own cemetery San Pedro, to assure spatial and material distinction. When in the 1970s new private cemeteries were founded in the suburbs, the competition between cemeteries increased, resulting in the creation of the nation's first crematory in 1980 when a commercial entrepreneur transformed a solid waste incinerator into an oven for human remains. Since then Medellín has a cremation rate of approximately 70%, which is significantly higher than in other Colombian cities. All incinerators are privately owned. Some are located in densely-populated areas. Today, there is only one public cemetery in Medellín; all others are for-profit and tenfold as expensive. Medellín does not have a cemetery master plan that steers or integrates the separate activities in its territory but cemeteries and crematoria nation-wide are subjected to two resolutions from 2009 and 2010 that regulate all funerary and dead-disposal services. Conflicting interests between the private sector, the government, and citizens (as cemetery users and residents) create similar tensions here.

Cemeteries Central in Bogotá and San Pedro in Medellín, originally founded as elite cemeteries, were abandoned by the high society when they switched preferences to the jardines-cementeriosin the suburbs (Escovar Wilson-White, 2005; González Puccetti, 2009). After they turned their back to the inner-city cemetery, their place was taken by vulnerable and marginalized groups who use the cemetery for pilgrimages to the graves of “miraculous” public figures, or to honor the “lost souls in purgatory” in exchange for a miracle. According to González Puccetti (2009: 68) those religious customs express the urgent socioeconomic needs of vulnerable citizens in a ritualized form. In their struggle for the right to the city of the living, they negotiate their needs in the city the dead.

The appropriation of those cemeteries by marginalized groups turned the abandoned spaces into meaningful places, home to various sorts of visitors and service providers (priests, flower sellers, marble cutters). That character is bound to change as the modernization policies introduce a new type of visitors: tourists. The cemeteries offer heritage tours and public open-air events. While Cementerio Central is still experimenting, San Pedro skilfully presents itself as an open-air museum that aims to “preserve, conserve, and educate”. Every Sunday afternoon trained guides offer free three-hour tours to inform visitors about the city’s historiography encrypted in this place, the architectural relevance of the monuments, and the cultural meanings of death and burial. At San Pedro, the formula seems to work well as the cemetery attracts a cross-section of the local society. Nonetheless, the poorest groups are unable to afford a grave on this relatively expensive private cemetery. In Bogotá, the public events organized so far were not univocally appreciated as they did not connect to the life world of the cemetery users nor to needs of a broader population dealing with the history of violence and death. The public disapproval of profane activities shows the tensions over the transformation of cemeteries into leisure places.

As the revitalization plans focus on leisure activities in an aesthetically coherent setting, some traditional activities, such as burning candles or attaching fresh flowers to statues will soon be prohibited. The visitors for whom the cemetery is more than a repository, will be affected by those policies. Governmental neglect of the everyday meanings of deathscapes is not new. In the late 1990s, public resentment was expressed against the plan of Bogotá's mayor to remove the remains of thousands of anonymous victims in the pauper section of Cementerio Central to make way for a park, which was constructed anyway (Vignolo, 2013). In Medellín, the administration similarly closed pauper cemetery San Lorenzo in 2007 to be redeveloped into a park. The human remains were transposed (Escovar Wilson-White, 2005). Those histories show that regardless of public indignation, pauper graves are the first to be dismantled. The social and cultural needs of vulnerable visitors or neighbors are never explicitly addressed. The current modernization policies again transform those death spaces where vulnerable citizens balance out the heavy weight of life, in ways that affect their cultural resources.

To summarize the socio-spatial issues described above, the Colombian cases show a geographical deathscape pattern, in which vulnerable citizens are confined to the inner-city cemeteries, both for their burials (on the cheap public cemeteries) and to perform cultural rites (on monumentalized cemeteries). Although the state acknowledges the obligation to facilitate death services to vulnerable groups, modernization policies which aim to accomplish that goal have two conflictive side effects. First, the interests of lower-lass citizens living near the cemetery are not sufficiently taken into account as the inconveniences of spatial expansion and intensified cremations are regarded as externalities. Second, former-elite cemeteries designated as national heritage are revitalized to allow for architectural renovation and tourist events. For the “business model” of those cemeteries, whether public or private, formal state patrimony becomes increasingly important. Yet the informal versions of history presented by visitors that bond with the dead are gradually erased. On a positive note, today's public cemeteries receive more attention than before, at least in Bogotá, but history has shown that deathscapes of, and for the poor are the first to be dismantled when space is needed for aesthetically less disturbing, or commercially more lucrative functions. The balance between the city of the living and the city of the dead needs more fine-tuning if socially sustainable deathscapes are the ultimate goal.

Kong, L. (1999) Cemeteries and Columbaria, memorials and Mausoleums: Narrative and Interpretation in the Study of Deathscapes and Geography, Australian Geographical Studies 37(1): 1-10. 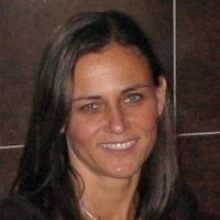 Christien Klaufus
Christien Klaufus is Assistent Professor of Human Geography at the Centre for Latin American Research and Documentation, University of Amsterdam. She specializes in urban studies and the Andean region. She holds a Master's degree in Architecture (1993) and a PhD in Cultural Anthropology (2006). She is the author of Urban Residence (Berghahn 2006) and editor of Housing and Belonging in Latin America (Berghahn 2015). She has published international articles on housing, migrant architecture, urban development and, recently, on urban deathscapes in Latin America. Webpage: http://www.cedla.uva.nl/20_research/researchers/Christien_Klaufus.