The Dark History of Forced Sterilization of Latina Women 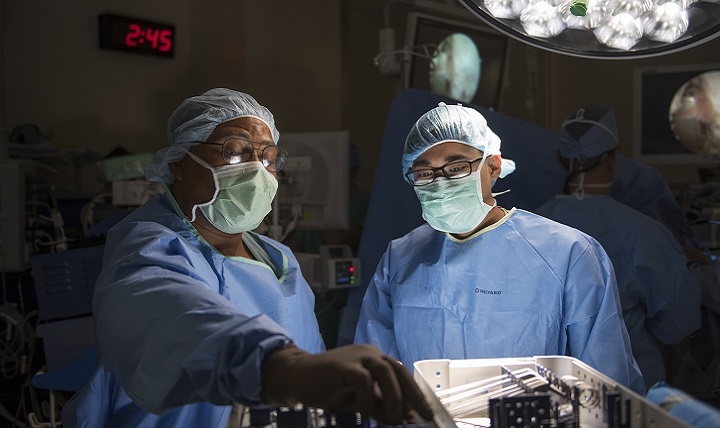 Between the 1930s and the 1970s, approximately one-third of the female population of Puerto Rico was sterilized, making it highest rate of sterilization in the world. Despite the high rate of sterilizations, the dark history of these operations remains understudied and hidden in the shadows of history. Some argue that the pressure to increase sterilization procedures was a targeted practice to decrease the high level of poverty and unemployment. The government blamed these issues on overpopulation on the island. The legalization of contraception in Puerto Rico and the Puerto Rican government's passage of a law allowing sterilization to be conducted at the discretion of a eugenics board both occurred in 1937. Soon after the legal change, a program endorsed by the U.S. government began sending health department officials to rural parts of the island advocating for sterilization. By 1946, postpartum sterilizations happened frequently in various Puerto Rican hospitals. However, a year later, a study found that a quarter of women who had been sterilized regretted the decision (Bauza). Catholics and nationalists fought against the sterilizations in the 1950s, eventually resulting in the law being repealed in 1960.

Sterilization was so common that it was simply referred to as “la operación” (the operation). The 1982 documentary of the same name reveals the controversial history of family planning in Puerto Rico and its role in the political and economic development of the island. The Puerto Rican and U.S. government wanted to make Puerto Rico more modern and economically successful. Rooted in the idea that Puerto Rico was overpopulated, there was a dual faceted plan to increase national success.The first part of the plan in the 1940s-1960s was to promote migration to New York and other parts of the United States. The second aspect entailed the promotion of sterilization as the best form of birth control for the majority of women and an imposed limit of children per family. At the same time, women were being encouraged to join the workforce primarily in the needlework and textile industries. Sterilization efforts were so prevalent that they were integrated into women’s work lives. Family planning clinics could be found in factories that provided free sterilization thanks to a USAID grant. Through this program, Puerto Rican women became the guinea pigs for U.S. pharmaceutical companies who were developing the modern birth control pill (Falicov).

Though the procedures were presented to women as free forms of reliable family planning, frequently women did not have all of the information and later regretted being sterilized. One study found that, of the sterilizations that took place between 1954-1982,  21% of women felt some regret for having the operations and 11% felt definite regret for having been sterilized. The reasons for regretting the decision show the pressure surrounding these procedures. Some reasons for regret include: they were under age 25 at the time of the operation, having no daughters, husband or physician having decided on sterilization, sterilization failure, and living with a new partner (Boring).

Population control targeted toward Latinos was not only prevalent in Puerto Rico. Forced sterilization was also common in California. The film No Más Bebés tells the story of Mexican American women who were sterilized while giving birth in Los Angeles during the 1960s and 1970s. The case of Madrigal vs. Quilligan was a federal class action lawsuit in which these women fought back after being sterilized without informed consent or under duress. Dolores Madrigal, one of the 10 plaintiffs in the case, was told her sterilization could easily be reversed. Jovita Rivera and Georgina Hernández said they were pressured into agreeing to the procedure after being intensely criticized by doctors and nurses for being poor and having children. These stark stories from the Los Angeles County U.S.C. Medical Center are haunting, especially the story of Levina Hernandez who did not find out that she had been sterilized until years after her son was born. At the heart of the case was the question of whether women were coerced into being sterilized and if so, if latinas were targeted. At the end of the trial in 1978, the judge ruled that neither of the charges were true, citing “misunderstandings’ due to the fact the women primarily spoke Spanish. The judge blamed their distress from the procedure on “cultural background” that made these women believe that their worth was in their ability to have children. Another cause of the decision was that voluntary informed consent was not a legal requirement until 1974, after the case was decided. At the time of the procedures, there were no serious legal objections to asking women to consent to an irreversible procedure while she was in the middle of labor (Valdes).

Though the Latina women did not win the case, Madrigal changed state laws and helped to solidify the careers of various Latino politicians. Other legal changes in California stemming from the case included the institution of a72-hour waiting period and Spanish-language materials on sterilization. The state legislature also repealed the sterilization law from 1909 which had allowed for 20,000 non consensual procedures (Valdes). In both the cases, Latina women were targeted for sterilization procedures in ways that were either aided by the U.S. government or permitted by loose legal restrictions on the procedure.