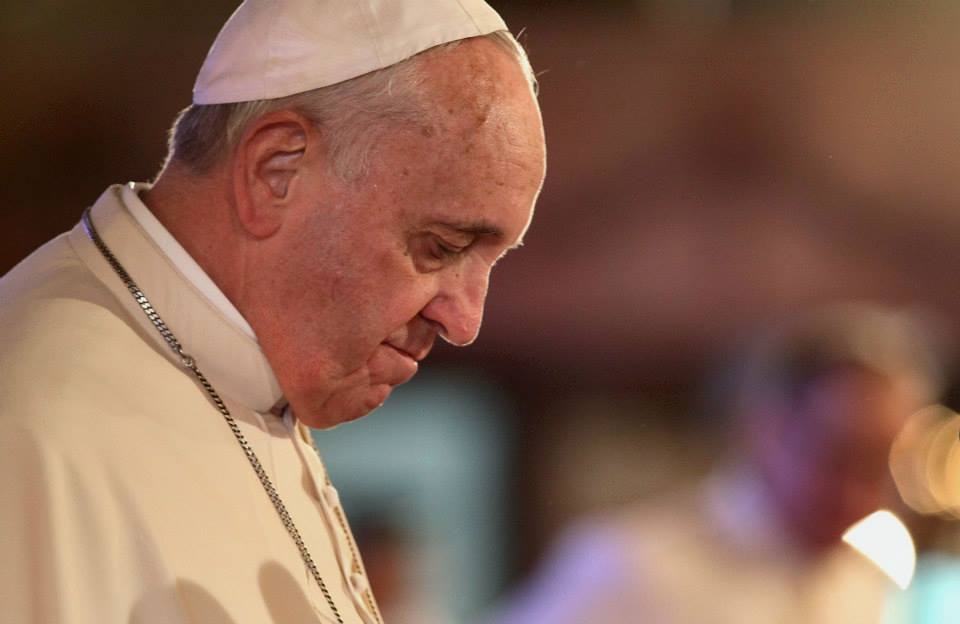 The Catholic church is in the midst of an institutional crisis as allegations and evidence of sexual abuse by members of the church, and cover-ups by their superiors, continue to be exposed in immense quantities. Chile has found itself at the forefront of this scandal as various raids around the country have led authorities hundreds of cases of sexual abuse by clerics, bishops, priests, and other non-priest members of the country’s diocese. Much of this abuse appears was allegedly at the hands of high schools run by the Marist Brothers, an international religious congregation with twelve of its schools established in Chile.

The Marist scandal came to light in August of 2017, when it was discovered that a single priest had sexually abused 14 minors—and that it had been covered up for seven years (The Guardian). The investigation has since snowballed as authorities continue to raid church offices and headquarters. In recent weeks, the number of church members under investigation for sexual abuse has risen to 119, with authorities conducting 11 raids of the Catholic church in the past three months (El País). The number of victims is estimated at 178, at least half of them minors at the time of their assault. These numbers are likely to rise as Chilean authorities continue to uncover more and more cases.

As Chile finds itself entangled in these investigations, similar trends appear to be popping up in Catholic churches around the world. In fact, last month it was revealed that in Pennsylvania, in six out of the state’s eight dioceses, over 300 priests had sexually abused more than 1,000 victims in total over a period of 70 years (The New York Times). Throughout this time, cases were covered up, victims encouraged not to report, and the severity of crimes often dramatically reduced in efforts to preserve the reputation of the church.

Victims in these cases are rightfully furious at the decisions by their church officials, many of whom actively worked to preserve the reputations of individual priests over the safety and wellbeing of victims. Often, when complaints of misconduct arose, the accused priests were, at most, encouraged to resign from their current posting and transfer to a church in another city or state without informing his congregation of the reason (The New York Times). Because victims were so often discouraged from reporting abuse, these cases largely went uninvestigated for years and even decades—meaning that by now, when the abuse is finally coming to light, the majority of cases are beyond the statute of limitations and cannot be prosecuted. Officials estimate that there are likely thousands more victims who never came forward.

Similar scandals have arisen in countries all around the world including Ireland, Australia, the U.K., and Peru. Germany recently made international headlines this month when a study by investigators from various universities revealed that at over 1,000 Catholic priests and clerics were responsible for the abuse of at least 3,677 minors, most under the age of 13, between the years of 1946 and 2014 (El Observador). This investigation concluded that over the years, church officials had destroyed and manipulated the evidence of abuse.

The span of these cases is tremendous—however, the issue of sex abuse in the Catholic church is far from a recent development. Allegations and reports of sexual abuse have plagued the church since devastating reports emerged out of Boston in the early 2000s (The New York Times). Since then, officials within the church have been fighting a near-constant battle to form prevention programs and address the trauma of an ever-growing list of victims around the world. However, inadequate changes and the continued efforts of the church to protect its reputation over the safety of its followers leads victims and their families to protest and to demand action from Pope Francis and the world’s highest bishops.

There has been no shortage of speculation regarding what exactly it is about the Catholic church that makes it so susceptible to this sort of abuse and impropriety. Time and time again the same issue has come up, with promises from the Catholic church to make institutional changes; however, critics and victims await any substantial change. Just last week, amid this crisis, Pope Francis met with top U.S. bishops in the Vatican to discuss how to resolve the issue. The leaders were said to have a ‘great’ and productive conversation—however, no concrete plans have been announced (The Washington Post). The Pope has also arranged for a meeting between head bishops from over 100 countries to be held in February, which is the largest tangible step that the church has taken in response to abuse cases (The Washington Post). However, it is skeptical that such a meeting will adequately address the multidimensional nature of the issue.

Some suggest that the hierarchical structure of the church’s leaders is part of what prevents allegations from being brought to light, as many throughout the church’s ranks have incentives to keep the reports hidden. It is thought that this secrecy is something of a culture within the institution, with at least a decades-long history of bishops taking extreme measures to avoid such cases from reaching the public domain. Such a thought is painful and disturbing to many followers of the church who find themselves doubting the values and virtues of an institution that preaches morality in the public eye (Time).

There is even evidence that such protocol has been officially enforced by the Vatican itself. Recently uncovered documents reveal that, in 1962, then-Pope John XXIII sent a document to bishops around the world instructing them to pursue allegations of sex abuse in complete secrecy, threatening excommunication as a penalty (The Guardian). While the moral incentives for such a policy are unknown, it appears that the practice of keeping sexual abuse out of the public eye is a decades-old one, and finds its roots in the core of the Catholic church—and many clearly still adhere to the Vatican’s 1962 policy.

Many were optimistic that, with the election of Pope Francis in 2013, there may be substantial changes, as he himself advocated a policy of zero-tolerance to sexual abuse when he was archbishop of Buenos Aires (Time). After coming into office, he quickly established a commission to investigate the abuse crisis and to ensure its end.

However, this commission was only partially implemented, largely getting caught in the conflicted bureaucracy of the hierarchical institution. Statements and allegations continued to be ignored despite what appear to be the noble intentions of the Pope. Such ineffective efforts, to a large extent, serve as evidence that the Catholic church itself may not be capable of leading initiatives to prevent sexual abuse.

As abuse cases continue to be swept under the rug and ineffectively investigated by the church, it appears that outside forces must step up and take action to confront this epidemic independently of the church’s direction. Since government authorities in Chile have begun ferociously investigating such crimes, other countries are following its example, leading their own investigations into the cases that their country’s Catholic churches have worked actively to suppress. This may be the only possible solution to the problem that has left so many Catholics, victims and non-victims alike, feeling betrayed and hopeless to an institution whose values they are left questioning.