Biodiversity in the Tropical Andes: How it is Being Threatened, Why We Should Care, and How We Can Fix It. 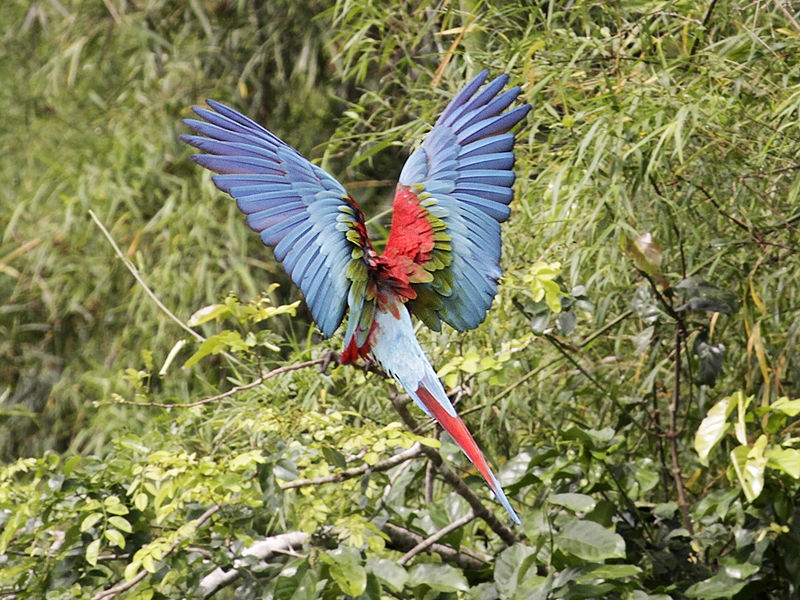 The Amazonian and Andean regions of South America are home to some of the richest biodiversity on the planet. Of the top ten ‘megadiverse’ countries in the world, six are in Central/South America. Four of these countries house part of the Andes, and five house part of the Amazon rainforest (Hyatt 2014). The Amazon alone is considered by ecologists to be the richest ecosystem on Earth, holding an estimated 10% of the world’s species, with more yet to be discovered (Conservation International). The Amazonian and Andean regions of South America are known not only for their extreme biodiversity, but also for the dependence that local communities have on this biodiversity to survive.

The rich biodiversity of both of these regions—and specifically, where the two meet, in the Tropical Andes—is critically threatened. The region known as the Tropical Andes spans from western Venezuela to northern Chile and Argentina, and includes significant portions of Colombia, Ecuador, Peru, and Bolivia.

This region is considered the planet’s #1 most critically endangered ‘Biodiversity Hotspot’, meaning that it has a considerably high percentage of plant life found nowhere else on the planet, and that its supply of surviving original natural vegetation is threatened (Critical Ecosystem Partnership Fund). It is estimated that, already, only 25% of the original natural vegetation in this hotspot remains intact (Conservation International).

How are the Tropical Andes Being Threatened?

The largest fundamental threat to the preservation of the Tropical Andes and its species is the region’s growing population and subsequent increasing urbanization. Some of the largest cities in South America, including Bogota, Quito, and Arequipa are located in what is considered the Tropical Andes. Increasing urbanization and population density means that these cities are only expanding, resulting in a higher amount of deforestation to allow for the construction of infrastructure such as dams and roads where the forest once was. This urbanization, and the air and water pollution that inherently goes along with it, although a sign of development for many of these countries, is detrimental to the survival of the rainforest and its biodiversity.

Another large threat to the Tropical Andes is the exploration for natural resources such as natural gas, oil, and minerals at lower altitudes. In recent decades, large natural gas and oil reserves have been discovered in this region, making the biodiversity hotspot also a key industrial hotspot. As demand for these resources grows, the destruction of the rainforest only worsens.

A specific example is in the Manu National Park in Peru, which spans from the Andean highlands, through the tropical ‘cloud forest’, to the lowland jungle. Manu, although technically protected as a national park and as a reserve for indigenous Nahua and Kirineri communities, is now under planned natural gas exploration by oil and gas corporation Pluspetrol. If these explorations by Pluspetrol are allowed to continue, the wildlife and the communities on which it survives, will be devastated (Hill 2017).

Although there are several other factors that threaten life and biodiversity in the Tropical Andes—including the introduction of invasive species, unsustainable agricultural practices, and illegal drug production—population growth, urbanization, and resource extraction are the three most critical threats to life in the biodiversity hotspot of the Tropical Andes.

Upon learning of this threat, many people have the same response: who cares? The loss of biodiversity is not a problem that most people (at least in the ‘developed’ world) would consider an immediate or pressing concern.

However, biodiversity in the Tropical Andes is critical to anyone and everyone who relies on its biodiversity for a food source—which is actually much of the world. The region is a source of thousands of different species of potato, legumes, fruits, and roots, along with different species of grains such as quinoa. These foods are naturally high in nutrients and antioxidants, and many have become more popular in food dishes across the globe.

Locally, the biodiversity of these foods has an incredible value; in the unique climate of the Tropical Andes, local farmers are able to use this biodiversity to their advantage, as they have for thousands of years since the days of the Inca Empire.

For example, if a community is facing a drier or hotter farming season than usual, they can choose to produce a variety of crop that better suits those conditions. This makes local communities that directly rely on the Tropical Andes as a food source much more resilient and less vulnerable to any unpredictable climate changes than, for example, monoculture plantations that much of the world relies on. Therefore, as the biodiversity of the region is threatened, so are the livelihoods of the communities that rely upon it.

Additionally, many of the factors that threaten the biodiversity of this hotspot also directly threaten these same communities. Using the same example as before, the continued exploration and extraction of natural gas and oil in Manu National Park in Peru threatens the livelihoods and the survival of indigenous Nahua, Matsigenka-Nantis, and Kirineri communities. Peru’s culture ministry has predicted that the extractions by Pluspetrol will devastate these communities, and that some may even go extinct as a result (Hill 2017).

The biodiversity ‘hotspot’ of the Tropical Andes is critical for countless other reasons as well. For example, the trees in the Amazon alone generate an estimated 20% of the world’s oxygen (Blue Planet Biomes 2003). Therefore, as CO2 emissions increase, this rainforest becomes increasingly important for balancing out the chemical composition of our atmosphere.

Since there is such a dense concentration of unique species in the Tropical Andes that can be found nowhere else, this region is also a significant source of raw materials for different medicinal products, such as Cat’s Claw, which boosts immunity, and Yacón, whose sugar can be used by diabetics (Lama 2017). If this biodiversity is threatened, so is access to these different products.

There are countless other reasons why biodiversity, and specifically the biodiversity in this ‘hotspot’, is important. In order for the Tropical Andes, and the people who live off of it, to survive, it is critical that we take action to protect this region.

What Has Been Done—And What Can We Do?

A key strategy to preserving this rainforest region is to reserve areas (specifically, key biodiversity areas or KBDs) for natural parks or nature reserves, as a way to prevent corporations, cities, or industry from expanding into the territory by law. However, as we have seen with the case in Manu National Park, even these parks are not always 100% protected; therefore, better enforcement of these protections is also necessary for them to be effective at all. While it is impossible to tell a natural gas corporation not to search for natural gas, or to tell a government not to accept foreign investment, the countries that contain parts of the Tropical Andes must at least dictate that these corporations avoid the designated areas.

The establishment of nature reserves and natural parks can also be a source of income for the country/countries imposing them, as the parks can act as a source of ecotourism.

There have also been some conservation efforts in the region to mitigate large-scale infrastructure development that would interfere with the territory of the Tropical Andes. It is critical that a system of sustainable development is adopted in this region when it comes to the construction of cities or infrastructure.

Additionally, some organizations have taken action in conservation projects to protect and rehabilitate certain species, such as the Andean condor, the green-winged macaw, and the yellow-eared parrot.

Efforts such as these, in addition to generally increasing public awareness and education of the importance of the Tropical Andes, are necessary for its survival; while there is only so much policymaking a government can do, it is up us as individuals to recognize the importance of this issue, and to work ourselves to contribute in any way: donate, educate, or volunteer, or work in the fight for life in this critical biodiversity hotspot.

Below are the links to just a few organizations through which you can offer your help to save the Tropical Andes:

Lama, Abraham. 2017. “How Much is the Biodiversity of the Andes Worth?” February 1. Defining the Value of Andean Biodiversity. Available here: http://web.williams.edu/AnthSoc/native/andes.htm [Accessed September 12, 2017].