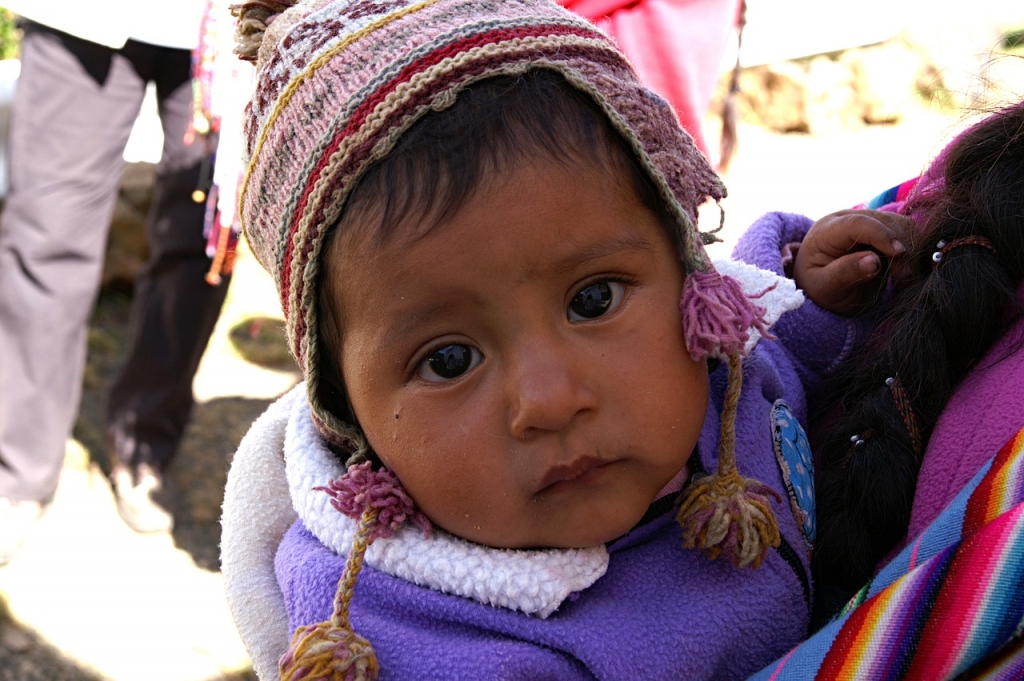 This month, authorities in Peru uncovered a widespread baby-trafficking ring in and around the southern city of Arequipa. Exposing this trafficking operation was a massive effort by the Peruvian police, requiring the help of over 500 officers to search at least 17 different properties in the early hours of November 6. By the end of the morning, 14 people in total were arrested for their involvement in the criminal operation, all of whom are required to spend 10 days in preliminary detention before being formally charged (El Comercio).

Among the 14 arrested are a gynecologist, a pediatrician, and Peru’s former chief of police Raúl Becerra, 61. Becerra served as police chief from 2010-2011 until he resigned due to allegations of sexual harassment (Al Jazeera). Police suspect that Becerra was the right-hand-man within the trafficking ring, with his partner, 32-year-old Cinthia Tello, acting as the head of the organization (BBC News). Peruvian authorities have labeled the trafficking ring’s participants ‘Los Desalmados del Tráfico Humano’ (‘The Soulless Human Traffickers’) (El Comercio). The case prosecutor has indicated that there is likely more information and more people involved that have yet to be exposed.

During Tuesday morning’s police raids of various shopping centers, clinics, and homes in Arequipa, officials seized documents, cell phones, 2 vehicles, and a total of around S./100,000, or $30,000 USD (El Comercio). Police were also able to rescue a 5-month-old baby that was in the group’s possession (BBC News).

It appears that the gang operated by preying on poor pregnant women who could not afford to raise a child, and convincing them to sell their babies when they were born. Several women in the organization, including the gynecologist and the pediatrician, reportedly ‘fished’ for pregnant women by approaching them outside of medical clinics and pretending to offer illegal abortions (El Observador). This may have been an appealing offer due to Peru’s strict abortion laws.

The newborns were then sold for around S./4,000, the equivalent of $1,186 USD (BBC News). Investigators are still unsure as to exactly what purpose these babies were being bought for; however, they suspect that they were either sold to wealthy families in other countries or were used as sources for the international organ trade (El Observador).

Although it is seldom discussed in mainstream circles, the trade of newborns and young children is relatively common in developing countries all around the world. A similar case recently emerged out of Indonesia, where 4 people were arrested for a baby-selling operation that was largely conducted through social networking sites such as Instagram (ASEAN Today). The perpetrators, like in many other instances, used the internet to expand their network and appeal to potential buyers. In a similar 2013 case, traffickers scouted maternity wards and clinics to find poor and unmarried pregnant women.

Another country where the child trafficking trade has proven to be quite prevalent is Nigeria. Earlier this year, Nigerian police busted what they described as a ‘baby factory’ in the capital city of Lagos, from which they were able to save 162 babies and young children (BBC News). Such discoveries are not uncommon in Nigeria, where many children are sold illegally for adoption, used for child labor, or trafficked to wealthier countries for prostitution (BBC News). In many of these cases, vulnerable pregnant and unmarried women are targeted and promised benefits such as healthcare in exchange for their newborns.

The prevalence of child trafficking organizations in developing countries incites a question of what allows for such markets to bloom in the first place. Many systemic factors are at play, including informal associations between criminal networks and security forces, which can be seen with the involvement of the former police chief in Peru’s recent case. These relationships cripple efforts to stop criminal organizations and facilitate the flow of illicit goods and human victims along trafficking networks.

Country-specific regulations also determine where these child trafficking networks are likely to develop. In the case of Peru, its abortion laws have likely played a role in the emergence of the baby trafficking market. Partly due to its conservative Catholic demographic makeup, Peru has very restrictive abortion regulations, only allowing abortions if the mother’s health or life is at risk (The Guardian). These laws, which have generated considerable resistance from the public, and have led many poor mothers and rape victims to seek unconventional means to relieve themselves of the burden of raising a child that they cannot support. For many pregnant women in this difficult situation, the only options may be to seek an illegal abortion, to risk their life to end the abortion on their own, or to sell their unborn child to a trafficker in exchange for money.

In the case of many southeast Asian countries such as Malaysia and Indonesia, the issue finds its root partly in very strict adoption laws. Such laws make it very difficult for foreigners to legally adopt children, generally requiring adoptive parents to reside in the host country for a number of years. These regulations, ironically intended to end the practice of ‘baby farming’, have only pushed the industry underground and made a highly lucrative trade out of the trafficking of infants (ASEAN Today).

The stories of these child trafficking organizations are alarming, with each case seemingly more disturbing than the last. The unmasked evil and greed that enables the survival of such markets leads us to question why we do not hear about these crimes more often. Busts of child trafficking rings have made local and national headlines for years, but have largely failed to incite a serious discourse or inspire action at an international scale. We hear of the issue of sex trafficking on an international scale, and many have taken action against this trade—however, the same has not happened in the case of child trafficking.

This may be partly due to the fact that it’s not something we want to acknowledge. The concept of trafficking infants for any reason is heinous, and it deals with an almost inconceivable level of immorality. For exactly this reason, people across Peru has erupted into outrage over the ‘soulless’ acts of those implicated in the recent baby trafficking bust. Despite the horrifying nature of these crimes, however, they are not always punished. Officials in Southeast Asia, for example, have recognized that it is particularly difficult to stop child trafficking because there is no formal protocol for handling these reports (ASEAN Today), and that many prosecutors simply don’t know how to manage such cases despite their prevalence in the region.

Because of the lack of information regarding cases of child trafficking, international efforts to curb the trade are weak and officials are largely unaware of how to handle these crimes. In light of our own discomfort with the topic, and our negligence to acknowledge the pervasiveness of the issue, the child trafficking market is allowed to flourish. Without addressing the root factors that trigger the rise of these illicit networks, and without informing ourselves of the problem at hand, the market will only continue to grow, threatening the lives of young children across the globe.