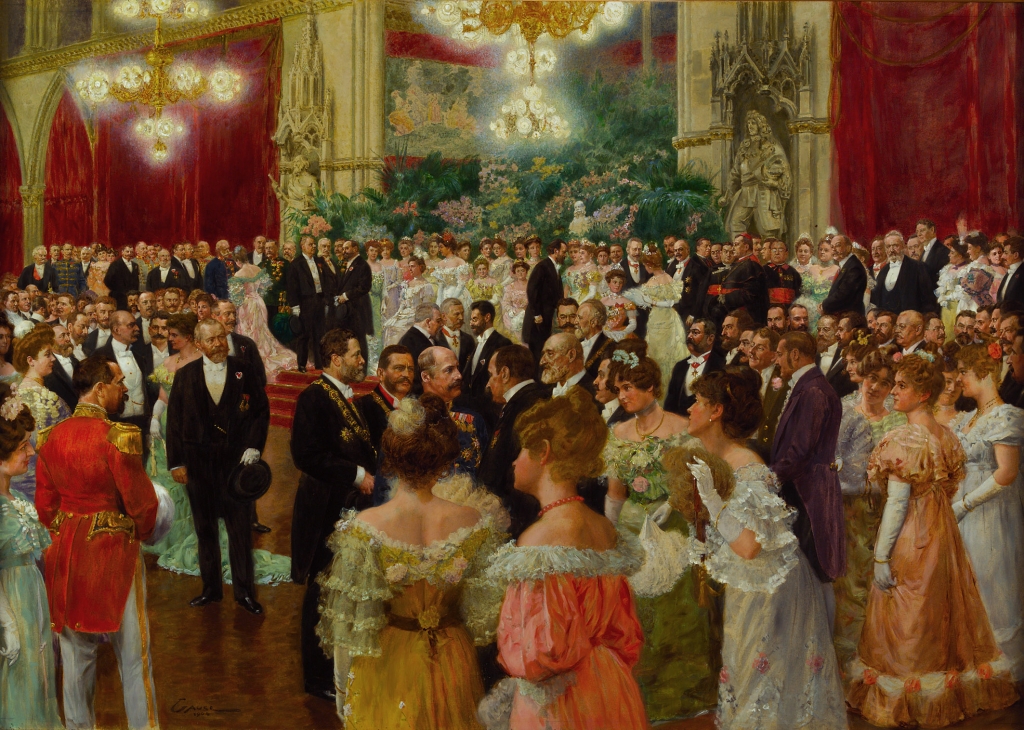 The pervasive problem of social inequality in Latin America, manifested in a huge chasm between immensely wealthy elites and poor masses, has its origins in the colonial era. For three hundred years, Spanish American economic elites were made up of immigrants from the Iberian peninsula who got rich by entering the highly lucrative enterprises of wholesale commerce and the production of export goods, such as silver and sugar. The peninsulares formed a tiny share of the colonial population – less than one percent – but a disproportionate number of them belonged to a thin tier of enormous wealth. By the eighteenth century, at the peak of commercial capitalism, it was immigrants from Spain’s northern seaboard who “conquered” the colonial economic elites, previously monopolized by southern Spaniards. Basques, montañeses (Cantabrians) and Navarreses stood out among the millionaires who “made America”. The names of creole independence leaders, heirs of sizeable fortunes, such as Bolívar and Santander, resonated of their ancestors’ origins in the north of Spain. And well into the modern era, many elite family names conferred prestige thanks to their origins in remote villages along the Pyrenean and Cantabrian mountains.

Who were these immigrants and what were the causes underlying their extraordinary enrichment? Understanding the economic ascendance of Spanish immigrants sheds light on historical inequality in Latin America, and more broadly, on the political economy of the Spanish Empire, which the modern nations of Latin America succeeded in the early nineteenth century1.

Immigrants’ economic prominence has been viewed largely as a consequence of networks, personal ties formed across the Atlantic or within colonial society. Considered a source of social capital, networks based on kinship or ethnic-regional identity helped to reduce risk especially of large-scale enterprises, of which long-distance commerce is an emblematic example. Thanks to various types of networks, as a host of studies suggest, Spanish immigrants moved up the social ladder and became successful entrepreneurs. Recruitment of nephews from Spain, connections to paisanos in the metropolis, clannish ties among powerful paisanos in the colony, and marriage into upper-class colonial families – all were different modes of networks, which ultimately secured Spaniards’ enrichment.

However, there is something missing in the various accounts grounded in the notion of networks, for they describe how, rather than explain why, some Spaniards accumulated wealth. For one, the shift in the ethnic-regional origins of immigrants predominant in colonial elites from southern to northern Spain runs counter to the notion of kinship or ethnic exclusivity. Furthermore, demographic and economic patterns show that merchants tended to marry only after accumulating wealth; that businessmen did not regularly collude with Spanish government officials; that creoles (American-born persons of European descent) and non-paisanos were not barred from lucrative businesses as big merchants would generously employ non-paisanos, allowing them entry into the commercial world. In short, business activity was in many ways competitive2.

If networks do not explain economic mobility and enrichment, what does? Since only a few of the immigrants became rich, we may ask why some groups did more than others? Why many Basques but only a few Castilians? A comparative examination of ethnic-regional immigrant groups in Mexico City, then the largest urban center in the New World, helps to solve this puzzle. Using datasets of immigrants drawn from census returns and marriage files (informaciones matrimoniales) from the late colonial period, we get a full picture of the entire Spanish-born population. Marriage files were submitted to the church by couples who wished to get married, thus containing ample information on the future husband and wife, as well as their witnesses. In files involving Spanish immigrants, their testimonies recounted the journey from home, first to Cadiz, the port city in southern Spain that monopolized transatlantic traffic, from which they crossed the Atlantic to Mexico, thus making this type of document particularly valuable for the study of immigration3.

The data for Mexico City reveal the same pattern observed throughout late colonial Spanish America: the predominance of Basques, Navarreses, montañeses and other northerners in the economic elite, and particularly in wholesale commerce, the main channel of enrichment. Furthermore, their recruitment from the peninsula indeed depended to a great extent on family or ethnic-regional networks, which we may measure by the relative brevity of their journey. Basques, for example, passed directly through Cadiz without any delay, while their poorer compatriots, Galician immigrants, tended to roam the Iberian peninsula or spend a few years working in Cadiz before crossing the Atlantic. However, transatlantic ties did not guarantee enrichment, as immigrants were employed in commerce along with paisanos and creoles. It was not necessarily co-regionals with better connections who turned into the next generation of thriving merchants, as no correlation was observed between regional rates of connections and entry into the elite. In other words, networks facilitated movement from Spain, but they did not determine enrichment.

Explaining enrichment lies in the “baggage” immigrants brought over, specifically, their human capital – skills, education and other qualities that made them fit for business. In the pre-modern world, before the onset of universal schooling, the best measure of human capital is literacy and numeracy, capabilities that gave a tremendous advantage for the literate few over the illiterate many. Measured by their literacy rates, immigrants were highly select. But some groups, including Basques, Navarreses and Riojans, stood out with over 90 percent literate immigrants, while Galicians, Andalucians and Castilians showed relatively lower rates, and accordingly, were less represented in the economic elite.

These differences among regional groups of immigrants take us back to their hometowns in Spain, where the “baggage” they brought over was formed. Disparity in literacy across regional populations in Spain was certainly more pronounced than among their immigrants but followed the same pattern, as the Basque Provinces and neighboring regions were much more literate than the rest. That is, Basque immigrants were selected out of a relatively literate population. Regional disparity in human capital, which has partly persisted to this day, was closely related to landholding patterns and overall economic development. In the Basque provinces, for example, an egalitarian society of landowning peasants living in extended families provided comfortable existence for all, inasmuch as an incentive for non-inheriting siblings to seek their fortune elsewhere. By contrast, in Galicia endless subdivision of the land among heirs resulted in tiny plots held by impoverished tenants. And in highly unequal Andalucia, landless daily laborers worked the latifundios held by the landed aristocracy. These regional structures reveal why some regions were more likely to send immigrants endowed with a high level of human capital and an aspiration of making a fortune, while immigrants from other regions simply escaped poverty. This is why immigrants from the north, with the notable exception of Galicia, experienced a much greater degree of economic success and formed the lion share of colonial economic elites.

It is not surprising that in Cadiz, a major destination for internal migration, Basques were noticeable in the merchant elite, whereas most Galicians came as labor migrants. Although the gap among transatlantic immigrants was certainly narrower due to shipping costs, disparity among immigrants in cities on both sides of the Atlantic always existed, reflecting different regional social structures, some better endowed with human capital than others.

Similar patterns of elite membership suggest that our argument for Mexico City holds for all of Spanish America. Under this new interpretation the enrichment of immigrants was largely determined by their origins in Spain rather than their ties in the colonies. As a consequence, a highly select flow emigrated, reinforcing the Spanish identity of the colonial upper classes, and possibly making society more unequal in the long-run.

Hillel Eyal
Hillel Eyal is a Dan David Fellow at Tel Aviv University working in the field of Latin American history. His research examines the social history of Spanish immigration in colonial Mexico, focusing on the growing conflict between European Spaniards and Mexican-born Creoles towards the end of the colonial period (1750s-1810s). Among his broader historical interests are Atlantic history and comparative colonialism in the early modern world. His thematic interests include social and economic history, historical demography and quantitative methods.