What do the PISA-D results tell us about Education in Latin America? 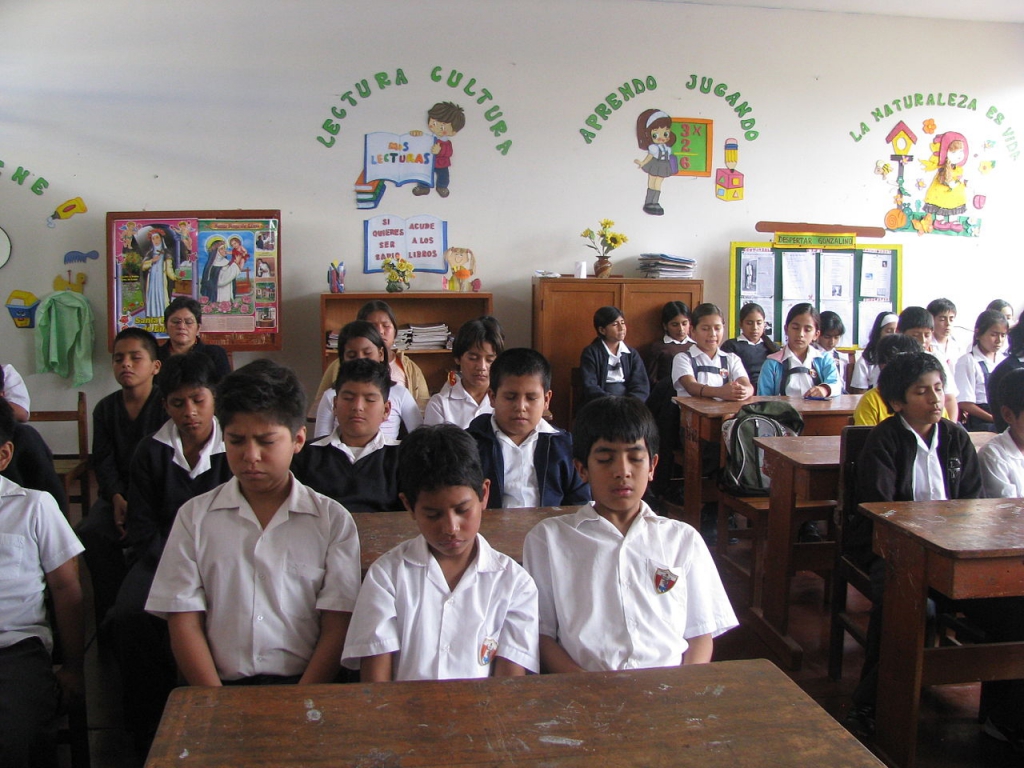 It is a fact that today, younger people in Latin America have several options and more opportunities to enroll in higher education. However, it does not necessarily mean that these youngers are being instructed under parameters of high quality in education.

Education and quality, for many people, implies to enroll in a private school. In one hand it is true, since some studies found significative differences in the educational achievement between students from private and public schools, mainly in Latin America (Somers et al., 2004). However, this classification is not a unique metric of quality in education; for instance, international educational metrics can provide us with relevant data about the quality of teaching and performance of students in Latin America. In this study, we explore the results of the last report of the Program for International Student Assessment - PISA. The results show that students from Ecuador, Honduras, Guatemala, and Paraguay (EHGP) on average, achieve low academic performance in math, reading, and science. Also, other academic situations that affect the students are presented.

The PISA is an international student test that aims to evaluate 15-year-old pupils in reading, mathematics, and science. Around 37,000 students participated in the PISA for Development (PISA-D) assessment, which was launched in 2014. The PISA-D is an improved test which purpose is to asset performance in students from low-and middle-income countries - Cambodia, Ecuador, Guatemala, Honduras, Paraguay, Senegal, and Zambia. In December 2018, the results of the test were released, and most importantly, it includes information from four Latin American countries, Ecuador, Guatemala, Honduras, and Paraguay.

The results of the assessment point out data about Ecuador, Guatemala, Honduras, and Paraguay, starting for student’s performance in reading, math, science, and academic environment. Also, the report includes information about student’s perceptions of their professors, student’s well-being, and other informations. Some relevant results about students’ performance show that about 23% of pupils participating in PISA-D for all countries, achieved a minimum level of proficiency in reading. Specifically, the report shows that 49% of students from Ecuador achieved minimum proficiency in reading, which is also the highest percentage among PISA-D countries.

The results of the reading assessment show that students from EHGP in median achieved the proficiency Level 1 or below. This result means that more than 50% of the students have difficulty retrieving pieces of information that are explicitly stated. Also, the results suggest that students from these four countries fail to identify the central theme or the author’s intent in a text about a familiar topic. Moreover, the result suggests that these students failed in making simple connections between information in the document and everyday situations (PISA, 2018).

The results of the test on mathematics assessment show that 12% of all students achieved a minimum level of proficiency in mathematics. Also, the highest performance was met with students from Ecuador that made the Level 1a. The problem with this result is that Level 1a means that the students participating in the test have a limited knowledge to perform routine tasks in well-defined situations, such as “computing the total distance of a route, or how to split a bill equally among a small number of people.”

Moreover, the assessment of mathematics shows that students from Guatemala, Honduras, and Paraguay achieved a median level of proficiency or Level 1b, which means that pupils are able “to follow clearly prescribed instructions given in a simple text and sometimes perform the first step of a two-step solution of a mathematical problem.”

The report about student’s performance in science concluded that overall, about 18% of students achieved a minimum level of proficiency or Level 2. Most specifically, students from Ecuador, Guatemala, Honduras, and Paraguay attained a median of Level 1a. The result of Latin American students suggests that they can use “common content and procedural knowledge to recognize or identify explanations of pure scientific phenomena. Also, the students can undertake a scientific inquiry with no more than two variables. Moreover, the students at this level are limited to identify simple causal or correlational relationships and interpret graphical and visual data that require a low level of cognitive ability.

Moreover, the findings show rates of teachers frequently absenteeism in all PISA-D countries participating in the test. The test also reports that one from three professors have failed to work because of health or familiar problems. Moreover, the test captures information about two weeks before the test, where students pointed out that one in three professors canceled a class or arrived later. 92% of the total students claimed that their teachers show interest in the student’s learning process.

Overall, the results of the test show knowledge and skills below international standards on an average 15 old-year-student performance in Latin America, mainly in three core components of education worldwide mathematics, reading, and science. The results of the assessment also show high rates of teacher absenteeism, low levels of parent involvement, and lack of resources, that difficult student’s ability to learn.

In this context, it is essential to point out that a limited knowledge in young adults is a critical issue that must be addressed considering the importance of young people for the development of societies. The results of the PISA-D must call our attention and auto-analyses about what we can do to improve schooling in our countries? To what degree is the government, parents, teachers, or us responsible for these rates?

Although the design of the test only provides us with limited information about students in Ecuador, Guatemala, Honduras, and Paraguay, the results contribute to the research of Education in Latin America. But other questions remains to better understand this topic, for instance, Are the average educational performance from all students of Latin America participating in the PISA test and the PISA-D similar? Is there a significative difference in the average student performance in Latin America and students from other countries outside this region? The results presented in this study must be carefully analyzed and interpreted mainly for the meaning of each level of education achieved and less for its inherent significance of ranking and contrast between students’ capabilities from different countries.