An Overview of Early Farming Practices Throughout Latin America 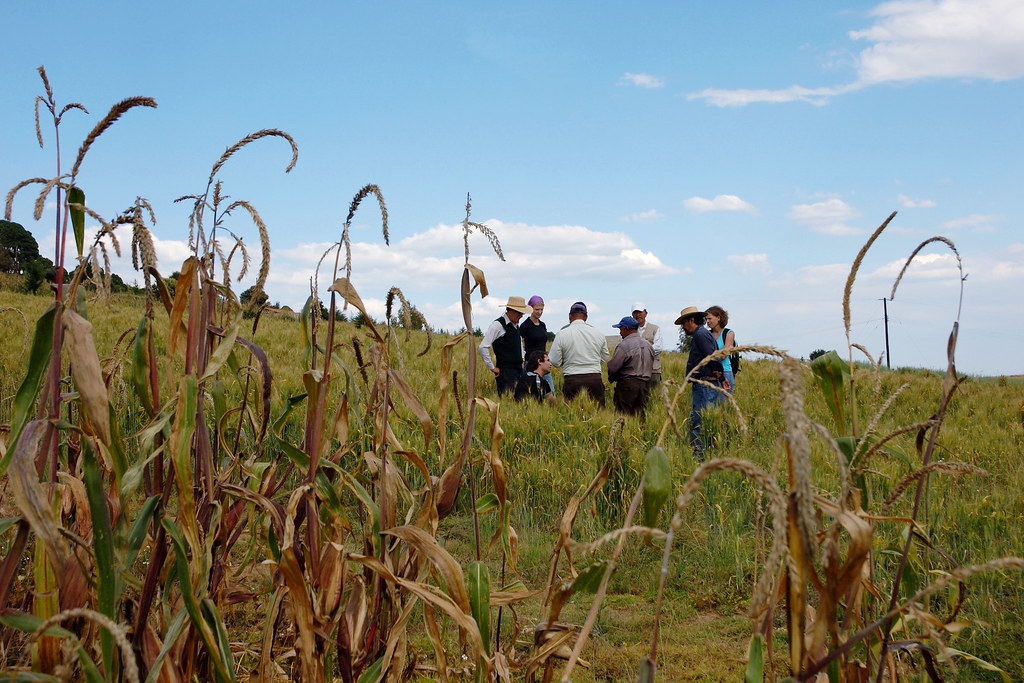 When Columbus stumbled upon the Americas, he recorded that the land was full of tremendous luscious gardens that were always flowering, fruiting, and ‘flowing with honey and bounded by fertile fields’ (Miller, 2007). Indigenous Americans have been mythologized as living in complete harmony with the wilderness, neither harming nature, nor nature harming them. This ‘Pristine Myth’ completely neglects thousands of years in engineering that developed into the lands that Columbus stumbled upon. The myth of living in harmony with nature is often simplified and mistaken with descriptions of ritual and spiritual beliefs. Belief in an overall interconnectedness of people with nature, known in academia as Traditional Ecological Knowledge (TEK), is strongly connected to local contexts (Huaman, 2014). If the reader desires to know more about the relevance of local knowledge with Western ideologies and how dynamic cultural understandings of nature are, looking into the field of TEK is a good place to start. Pre-Columbian descriptions of the land as ‘unspoiled’ were far from the truth. Indigenous peoples of the Americas developed complex and large-scale uses of the land that left profound and lasting impacts on the landscapes we see today.

Before detailing agricultural techniques used by Indigenous people in Latin America, a brief look at ritual practices will help to emphasize a few cultural perceptions towards nature. For many nations, sacrifice was practiced throughout the agricultural cycle. In South America, the bloodletting of hundreds of animals such as guinea pigs and different colored llamas encouraged rain. The Incas responded to natural disasters such as drought, frost, and flood by starving black llamas and dogs. Textiles were also sacrificed as the wool was connected to the animals that were ritually sacrificed (Miller, 2007). In the Aztec empire, food was offered by fire or left by lakes and caves. Ritual forest fires were also seen as sacrificial offerings. These types of rituals were highly organized and required strong relationships between those in power and farmers. Organizing such large amounts of animals and food to sacrifice requires intricate knowledge of the structures of society and geography. The workings of these civilizations not only needed the ability to support millions of people but fulfill their extensive cultural habits.

Pre-Columbian farming essentially embodied various forms of agroforestry defined as incorporating crops with trees and shrubs. These farming systems either developed existing forests into food-dense areas or created artificial forests that mixed crops with native plants. Growers were able to control water irrigation using gravity or aqueducts and were aware of nutrient cycling related to certain crop rotations and intermingling plants. Archeologists and anthropologists have revealed that agroecological systems (systems that utilize thriving ecological systems to grow food) have more stable total production per unit area than systems like mono-cropping (Altieri, 1999). Much of the success in agroforestry and producing large amounts of food, in general, relies on the fertile soils throughout Latin America. Existing fertile soil, however, does not necessarily mean that cultivation is guaranteed. The fertility of the soils can rely on climate, amounts of rain and runoff, flooding, altitude and slopes, relationships with other plants in the system. As a result, Indigenous peoples were knowledgeable in the types of sensitivities their landscapes had and were able to develop systems that were best suited to those conditions.

The simplest way to farm was to manipulate pre-existing forests. Throughout the continents, the most common high-calorie and nutrient-rich foods were maize, squash, potato, quinoa, cassava/yucca, and plantains. Common complementary crops in Central America included beans and squash, for the Andes, roots, and maize, and for the Caribbean, camote (sweet potato) and yucca (Pengue, 2004). What Columbus must have described as luscious gardens with endlessly available fruit was most likely the doing of the Indigenous peoples who made sure to scatter seeds in order to densely populate areas of the forest with foods that could grow best with the pre-existing trees and bushes. Another fairly straight-forward technique was swidden, or slash and burn. The Tupi people in particular practiced the slash and burn technique widely across South America’s tropical forests. Nutrients from the burnt materials would concentrate in the soil offering large yields for up to five years. After five years, though, the soil would run out of nutrients. Instead of burning through the forest, the Tupi followed 20-40 year cycles of working a field and then left to regenerate on its own. The next generation returned to the select fields decades later to repeat the cycle but never burned areas beyond what had already been used (Miller, 2007).

While the Tupi in the tropics and lowlands handled the loss of fertile soil by replenishing it with burnt material and letting the land regenerate back to forest, people in the highlands built raised fields. Remains of these raised fields are found in the savannas and highlands of Suriname, Venezuela, Colombia, Ecuador, Peru, and Bolivia (Altieri, 1999). Waru waru, as the raised agricultural plots surrounded by ditches of water are called, were used in the Andean region up to 4,000 meters in altitude. Another technique for high altitude farming was to build terraces. Andenes as some terraces are called, were football-field-sized platforms that were sloped and followed the curves of the valley below. For irrigation, gravity paired with slopes and vertical stone walls built between terraces cascaded water down the mountain. Contrary to what is expected, erosion was not an issue. Although the soil was exposed and thoroughly excavated to build these terraces, soil depth increased and the stone walls and plant roots kept the dirt in place. Terraces also provided protection against frost since the soil was deeper and could hold more water (Miller, 2007). These terraces, however, were not infinitely fertile, nor were they left to regenerate for decades as nutrients were replenished (although fallowing was practiced). Instead, fertilizers were used which included ash, food compost, human and animal manure, fish heads, and bird poop (Miller, 2007). Similar kinds of composted soils exist throughout the Amazon basin as deep black soils called terra pretas. Terra pretas include remnants of animal bones, charcoal, shellfish, and even broken pots.

Composting soil was similarly done for Chinampas. Since long before the Aztec empire was thriving as Tenochtitlan (Mexico City), Chinampas have existed throughout Lake Texcoco separated by water canals only. Chinampas are farms in water that are made from piling lakebed mud mixed with aquatic plants and vegetation up to a meter above the water. The perimeters were lined with intertwined reeds and roots of trees. Since the soils were in the water, keeping the plants watered was not a common threat. The nutrients from the lake beds and continual composting allowed Chinampas to yield an average of seven harvests per year and never needed to be left to rest. Chinampas were not invincible, however, and were at risk of long period flooding, drought, and salinity. To combat these inevitable threats, the Aztecs built dams, and buffers like river diversions, dikes, and causeways (Miller, 2007).

While the Aztec empire built large structures that buffered the extent of flooding, flooding was welcomed by the Omagua people. Amazonian soils, while temporarily fertile, have drastic nutrient leaching when flooded. When it rains heavily all the time as it does in the tropics, the water dissolves nutrients in the soils. Indigenous peoples in these regions would farm along the riverbanks to allow the natural flooding of the river to deposit silt onto their fields (Miller, 2007). Flooding patterns were steady enough to replenish their riverbank farms and produce about two harvests per year.

Since the 1970s, there have been several government-funded projects to re-introduce pre-Columbian agricultural systems to the land they were first engineered for (Fedick, 1995). Farming practices like these might be part of the answer to our contemporary problems of increased drought and flooding due to climate change that seriously threatens the future of food production. It is incredible to know that 12% of the Amazon forest is man-made as told through the age of trees and the characteristics of the soils left behind (Miller, 2007). The wild as we know it today may not be as unspoiled as they appear but instead have been crafted into what they are because of traditional farming. Maybe the question of wildlife conservation is not entirely about preserving environments that were ‘untouched by man’ but about returning to a time when humans crafted a symbiotic coexistence with their environment.