The Legality of Child Workers in Bolivia 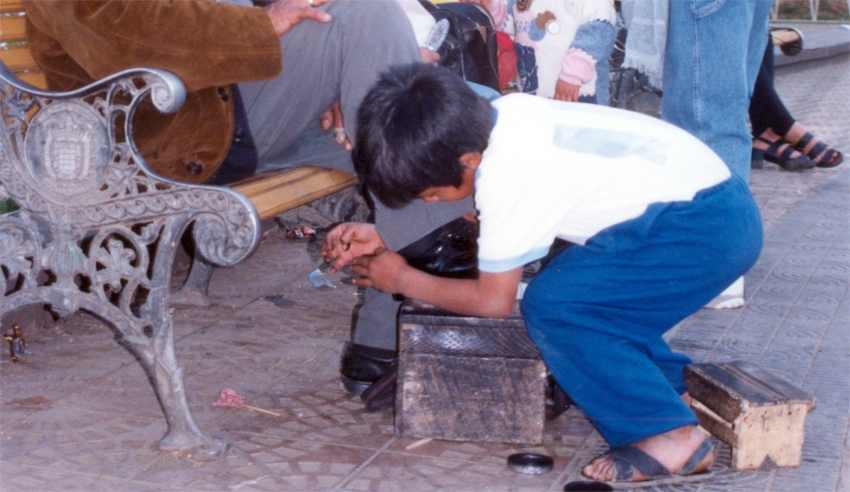 Being a six-year old in the United States means many things--few responsibilities, no stress, no problems. In Bolivia, however, this age symbolizes quite a different path: in some households, this marks the age where children begin to provide for their families in the only way that they can, through working. Thousands of children as young as six work in Bolivian silver mines. Each day, these children are responsible for carrying out one of the most dangerous jobs in one of the most impoverished countries of Latin America.

Currently, there are more than 850,000 children and teens obliged to work out of necessity in Bolivia, a statistic that spans one-third of the respective population. In many of these cases, children forgo their right to education in order to endure the arduous work that working in the mines requires, a job that calls for strenuous work in a reservoir that runs the risk of collapsing at any second. Being in a field where death is so close and protection seems so far away, ironically, Bolivian miners worship the devil while at work—a belief that originates  from the belief that God looks after the earth and the underground is the domain of Satan. “Outside, God protects us.  But when we enter inside, the Devil says that God cannot enter the mine.”

One of the oldest active mines in Latin America is the Cerro Rico of Potosí, Bolivia. At its peak, it held more than half of the world’s silver; now, it is a shell of the hidden treasure it once was, employing 15,000 workers it has to scramble for the remaining tin, zinc,and silver that it has. Standing at approximately 16,000 feet, the Cerro Rico can collapse at any minute. “One of the fears,” states Roberto Fernandez, coordinator of the labor rights NGO Yachaj Mosoj, “is that Cerro Rico is going to crumble like the Twin Towers, floor by floor.”

Currently, the question unfortunately does not lie in whether or not children workers will continue to succumb to the duties of grown men; that much is a certainty. When pay is immediate and has the possibility of paying much more to a child with no skills, how could this practice not continue? The issue is in whether the government will keep the minimum working age the same or will decrease it, on behalf of the children themselves. Evo Morales, the Bolivian president, states that he believes that the focus should be dedicated to eradicating the abusive practices of child labor and not stopping all work that children do. He states, “[In] my experience, my position is that working shouldn’t be taken away from girls, boys, and teens that want to work, but neither should we exploit them or force them to go to work. Some work out of necessity, but eliminating work from children is like preventing them from having a social conscience.”

The most interesting part of the discussion comes from the part of the children themselves who have become productive members of the work force and who are using this platform to lobby for change. Bolivia’s child laborers have organized a union called UNATSBO, The Union of Child and Adolescent Workers of Bolivia. Its members are between the ages of six and eighteen. They protest, make requests to raise wages, elect their representatives, and even have drafted a policy of recommendations spanning 200 pages to inform their government on what it can do to better regulate child labor.

In this work, they argue that by lowering the age of child labor, children will undergo less cruelty and exploitation by the hands of their employers, be able to support their families under more secure conditions, and perhaps provide other children the opportunity to strive to earn an education.

Hopefully with the President’s support of the children, they will be able to reach the happy ending they so desperately deserve.

Whitney Allen
Whitney is an intern at Panoramas. She is currently a senior at the University of Pittsburgh pursuing a degree in Spanish with a minor in Portuguese and Certificates in Latin American Studies and Global Studies.