Foreign Aid in Haiti: Before and After 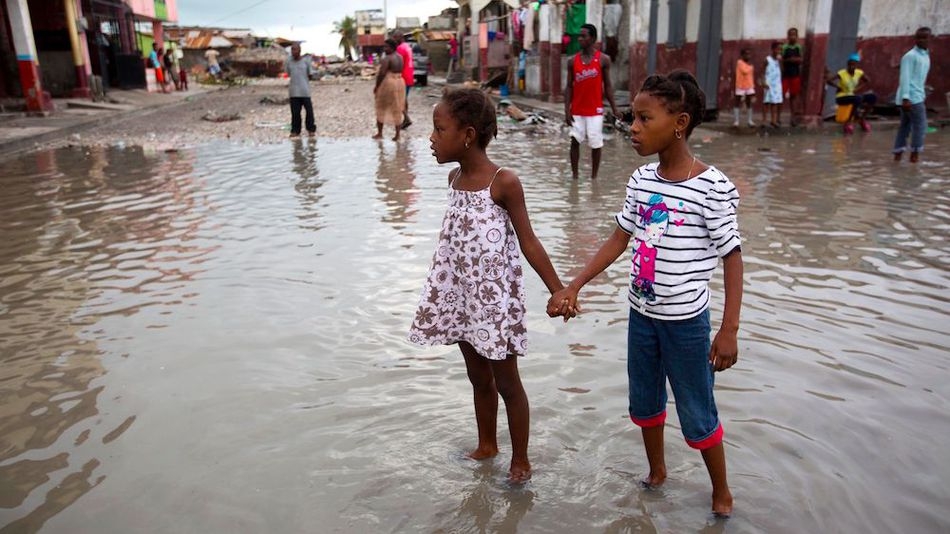 The recent hurricane in Haiti, Hurricane Matthew, has sparked discussion among socially conscious individuals and aid-providing organizations. With the 2010 earthquake leaving Haiti in a devastating state, many critics have pointed out that aid to Haiti in 2010 was more harmful than helpful and with this new natural disaster there is pressure to not repeat what so many call a foreign aid failure.

During the 2010 Haitian earthquake, the countries and organizations around the world pledged up a total of around 9 billion dollars to help in the efforts to get Haiti back on its feet1. Out of that estimated 9 billion, however, only around 5.63 billion dollars of the pledges were distributed to Haiti.

The Government of Haiti Action Plan identified the sectors of aid that were top priority and levels of funds requested according to each sector2. Nonetheless, donors overwhelmingly provided high aid in areas that were not as high priority according to the Haitian government. For example, the Haiti Action Plan asked for less than $200 million to help the transportation sector, yet donors gave 510% more than the government of Haiti requested. While on the other hand, the Haitian government requested around $800 million for reconstruction efforts, but instead donors provided less than $100 million.

Of the $2.29 billion of humanitarian aid from donors, 1% got distributed to the Haitian government. Of the $1.28 billion disbursed for humanitarian aid from the United States, none of it was given to the Haitian government. Most of these dollars went out to nongovernmental organizations like the American Red Cross, or private contractors from outside of Haiti. National Public Radio (NPR) did an extensive investigation of the $500 million given to the American Red Cross which was promised to be invested to make 130,000 homes for Haitians. However, the number of permanent homes that were recorded was 6 homes.

While it is true that some nongovernmental organizations or contractors may be more effective in the short-term, it is also imperative for there to be governmental leadership and coordination for the sake of Haiti’s future. Haiti’s government, on the other hand, has not had the best track record of stability. However, the story of Haiti’s government instability begins with French colonialism before 1804 and the United States occupation in 1915, leaving the country with a “struggling economy and no local control over industry or trade2”. The US has been providing foreign assistance to Haiti on and off since 1943.

With more understanding of the context of Haiti and its history of dependency on foreign aid, the strategies for providing aid to the Hurricane Matthew disaster have been reconsidered. Physical volunteers from foreign countries are not advised to go to Haiti; there just is not enough food nor water to give to the people, let alone the volunteers. There is a higher emphasis on donating to Haitian organizations that truly respond to the needs of the community and can continue their work for subsequent years to rebuild Haiti. People of all different backgrounds have chimed in on being more aware of which organizations to donate to. Haitian-American award winning author, Edwidge Danicat, has taken to Facebook to share her knowledge on Haitian-based organizations. Other influential people, such as Former Director of Public Affairs at U.S. Department of Commerce, Cleve Mesidor, have also spoken out about donating to local organizations to stop the long history of foreign aid swooping in and then moving out.

Though it seems like foreign aid to Haiti is being more carefully administered than in the past, what is really lacking from this disaster relief effort, which was available during the earthquake in 2010, is donations. The U.N. called for international organizations to collectively invest $120 million for relief for Haiti, yet “only about 12% of that request has been committed3”. Not only is the problem that there is a lack of funds, but that there is also a cholera outbreak in Haiti. U.N. peacekeepers in 2010 accidentally introduced cholera-infected sewage into the waters of Haiti and since then, “9,500 people have died from cholera4”. Now it is seen as the U.N’s responsibility to compensate those who have been affected and provide for assistance to the current endemic; however, money is still the issue.

Haiti is a country with a long history of natural disasters and foreign aid. The most recent Hurricane Matthew has reminded the international aid community that throwing money at the problem does not help, as shown in the relief efforts for the earthquake in 2010. Yet, at the end of the day, money is what Haiti needs. Haitians and Haitian organizations need to be given the opportunity to rebuild Haiti with funds that would go into disaster-prepared infrastructure, clean water developments, development in government leadership and many more improvements. However, with events overwhelming the media like the current presidential elections, it is clear that the international community does not have the Haiti disaster as one of their top priorities.