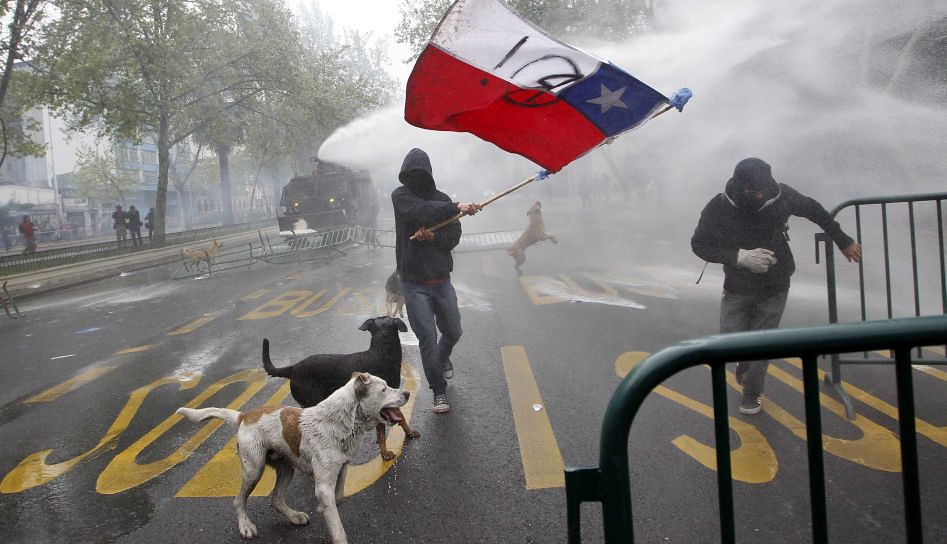 During the past few weeks, Chile has been experiencing a social movement, an awakening of sorts, that has moved people of all ages to the streets to protest against the living conditions that have made this country one with the highest levels of inequality in the world (BBCNews, 2019) There are several reasons that have led the country to the current state, most of them stemming from the reforms and neoliberal agenda adopted during the dictatorship. However, different voices, from people participating in demonstrations, academics, workers, students, journalists, people of all ages and walks of life, point to a common direction forward: a modification of the constitution. Even president Piñera has declared to be open to discussing a modification (Varsky, 2019), probably in response to the lowest approval rate since he took office and the legal actions against him that aim at holding him accountable for human rights violations on the hands of the military and armed police during riots. Whether he will really go through with it, stands to question.

Agreeing on having to modify the constitution means that no matter how many small changes the government is trying to implement, e.g., taking back the rise on metro fares, increasing the minimum wage using state funds, ministry cabinet turnover, these are all insufficient and superficial. Changes in the constitution as the ones being proposed implies that the foundational precepts on which the country has been resting and developing do not have Chileans in their best interest; these minor changes do not consider education, access to proper health care, adequate pension, among others, as basic rights. This speaks of a country that has been boasting of moving towards development, creating the standards to follow within the region, without having a clear, or better yet, unified notion of what development looks for everyone in the country, not just the richest 3 percent. As a way of moving towards change, many are proposing to hold Cabildos Abiertos and Asambleas constituyentes as ways for giving the power back to the people to modify the constitution (Programa de las Naciones Unidas para el Desarrollo, n.d.).

Before the riots started, President Piñera compared Chile to an Oasis, referring to the socio-political situations of other countries in the region. Alluding to that statement, the renowned Chilean architect Alejandro Aravena extended the oasis analogy during an interview to include those who live outside the oasis - right in the middle of the desert. They are those who have never experienced the privileges of the oasis, and who, regardless of being called inadaptados (literally “those who have not adapted”), are the ones who actually have adapted but to the systemic violence, lawlessness, and endless abuse provoked by our neglect (Rincón & Paulsen, 2019). They are some of the ones who have taken to the streets and have created chaos and brought violence. Some of these inadaptados, when asked, have said they found a family out there, in the streets, setting the public property on fire and screaming for change (Medina, 2019). In their protest, they are showing us what their reality looks like. It’s not pretty. It’s uncomfortable, to say the least, it’s dangerous, sad, exhausting, and above all, normality, their normality. These, often very young, protesters have also been grouped under the concept of lumpen, a word that derives from the adjective lumping (meaning miserable, ragged) and is associated with the German expression lumpenproletariat, loosely translated as “the proletariat in rugs” (N.A., 2019). During these riots, the lumpen, these youngsters who we have left clothed in nothing but abuse, saw their desert expand and, with it, shared a glimpse of their world with us. Understandably so, they do not feel part of the country and have literally nothing to lose; they will protest until they die in the streets at the hands of armed police (Medina, 2019).

From all of this, there certainly seems to be a lot to learn, understand, and process. However, these processes do not seem easy, especially for those living in the oasis. Following Vygotsky and his socio-cultural take on development, he posited that learners should be placed in culturally-relevant, slightly more difficult tasks than the ones they can manage on their own and that with the proper mediation, they can move on to the next stage of development (Vygotsky, 1978). Building on this notion of development, some have posited that it is through the habit of constructive discomfort that we can push ourselves and gain intellectual growth (Draeger, 2014).

From government officials to famous people in the media, they all have been asking for forgiveness for not listening to these demands sooner and for not seeing what and whom they felt was part of the background, the far-away static noise that leaked every now and then in their comfortable lives. Maybe it’s time we move away from only doing things that make us feel and look better, apart from the numbness of our comfort. Perhaps we should be open to push ourselves to this constructive discomfort, and acknowledge our privileges, reflect in silence, and ask before sharing judgment and pointing fingers to the so-called inadaptados as if they were the root of the problem. They are the fruit of the problem. If lumpen took to the streets, how did they get there? What did we do or not do for that to happen? Why are they so mad and reckless? Why have they no regard for other people’s lives nor their own? Because even though they don’t feel like it, they are part of the country, and they are our responsibility. And no, they should not be left to struggle on their own, it’s not a matter of them pulling themselves by their bootstraps –which is in and of itself physically impossible. Meritocracy is, again, nothing but an excuse to make us feel better about our privileges, a way to hide ourselves behind a discourse that puts hard work and perseverance, and apparently, waking up early, as the recipe to make it into this world. Systemic inequities and oppressive environments are not part of the equation in a meritocracy. It is our responsibility to change that and to open ourselves to understanding all corners of our country, even if we need to be uncomfortable through the process. 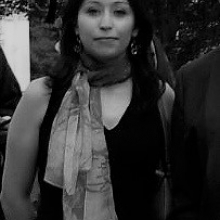