More than two decades ago, Arend Lijphart (1997) published a widely cited article in which he stated that unequal political participation presents an “unresolved dilemma” for contemporary democracies[1]. He argued that compulsory voting could correct a significant bias that exists in electoral participation in favor of strata with higher levels of education and income. Consequently, politicians would have greater incentives to take into account redistributive demands of “popular” sectors in order to win elections and stay in power, while income inequality would eventually decrease.

However, in Latin America compulsory voting (CV) has historically coexisted with high levels of income inequality. Indeed, the region is considered the most unequal in the world (Tsounta and Osueke, 2014: 9). How do we make sense of this contradiction? We argue that Lijphart’s proposition has important limitations in terms of its theoretical scope. The author assumes implicitly a programmatic linkage between voters and their representatives. Yet, in Latin American and other democracies with weak institutions, a clientelistic linkage is usually widespread in the lower socioeconomic strata. In these contexts, voters do not demand redistributive policies from their representatives, and elected politicians are not held accountable by their constituencies in terms of achieved programmatic policies. This is because the clientelistic linkage is based on a type of exchange that generally takes place outside the public policy arena.

Despite this Latin American paradox, Lijphart’s (1997) thesis has had wide influence in comparative literature. Its main empirical propositions have been tested in a variety of settings and with different methodological strategies. However, these studies have not obtained conclusive results in its favor (Chong and Olivera, 2008; Matta, 2010, among others). In our paper, we reexamine the relation between compulsory voting and countries’ redistributive policies using a matching technique, and we show that the former has no substantive or statistically significant average effect on the latter[2]. Thus, our results join recent studies (Hoffman et al., 2017) in pointing out that the association between CV and a greater attention to the redistributive demands of socioeconomically less favored sectors is neither direct nor evident.

Lijphart’s argument presents two empirically verifiable assumptions. The first is that CV will result in greater electoral participation[3]. This seems highly likely if there are legal enforcement mechanisms ensuring compliance with the law[4]. The second, however, is less evident. The author argues that a greater participation of the poorer sectors of the population will result in a greater political representation of their (supposed) redistributive interests. As to the former, International IDEA data show that countries with CV have on average about seven percentage points higher participation[5]. Nevertheless, turnout levels fluctuate significantly under the same voting rule (be it voluntary or mandatory), suggesting that there are other variables intervening. Besides, many countries with voluntary vote or with CV but weak enforcement show high levels of turnout. Some authors even argue that in contexts with CV, turnout-buying and vote buying can be more pervasive, given the greater number of “available” voters and consequently lower the costs of these clientelistic practices (Nichter, 2008; Gans-Morse et al., 2014).

The second assumption about the political representation of the poor’s redistributive interests is still less straightforward. Various studies have shown that in Latin American countries, clientelistic linkages are widely present (Díaz-Cayeros et al., 2016; Szwarcberg, 2015; Muñoz, 2014; Hilgers, 2012; Auyero, 2001, among others). Although these types of linkages help the citizens to solve day to day problems and, in many cases, are the only option to satisfy their short-term necessities (Auyero 2001), they also undermine the quality of the representation (Hilgers, 2012; Szwarcberg, 2015; Weitz-Shapiro, 2016). On the one hand, high voter turnout does not necessarily take place because the vote is mandatory (Luna and Toro Maureira, 2017). On the other hand, it is not evident that voters choose their representatives based on obtaining redistributive policies. Instead, compensation for voting takes place outside the formal political institutions, and politicians are not held accountable in terms of programmatic preferences. For these reasons, we hypothesize in the article that a high voter turnout would not necessarily trigger the virtuous circle predicted by Lijphart (1997)[6].

In recent weeks in Uruguay, the debate about CV was put on the agenda, and our article was cited in the local newspaper, El País[7]. The absence of empirical evidence found in our research between CV and income redistribution has been stressed. However, the factors that we argue could be constraining the predicted effects of the Lijphart argument are less present in Uruguay. First, Uruguay is one of the few countries in the world where compulsory voting is strictly enforced. Second, its political party linkages are mostly programmatic[8]. Third, it is the Latin American country with the lowest levels of (income) inequality.

Despite the lack of empirical association between CV and redistributive policies, it is important to point out that we are in favor of compulsory voting, especially in unequal countries such most in Latin America. From a normative perspective, we believe that the costs of limiting individual liberties under a CV electoral law are much lower[9] than the social and political benefits that could be obtained with CV. We understand voting as part of the civic duties of every citizen and a contribution to the civic culture, as well as a way to increase the sense of belonging to a political system. Moreover, we believe that CV could work as an extra incentive for the people to keep their interest in politics in the current context of antipolitics. In more political terms, considering that (re)introducing of CV is unpopular and politically costly (particularly, with strict enforcement), as the recent discussion in Chile demonstrates[10], we consider dismantling CV laws unwise.

[1] This blog post is based on our recent article published in Revista Española de Invstigaciones Sociológicas (Maroto and Došek 2018).

[2] We pair countries similar in terms of main theoretically important explanatory variables like levels of democracy, socioeconomic development and GDP per capita and use compulsory voting (as coded by IDEA International) as a “treatment”. We analyze the effects of the CV on levels of social spending (spending on education and health as a percentage of GDP) and the Gini index.

[6] We do not empirically test these alternative propositions in the article.

[8] Luna (2014) argues that the linkages are segmented, featuring a combination of programmatic and clientelistic aspects aimed at class-different constituencies.

[10] Chile moved from voluntary registration and compulsory voting to automatic registration and voluntary voting. Voluntary voting was firtst applied in municipal elections in 2012 and thereinafter, local analysts have shown that an important class bias in voting participation has been introduced (Contreras and Morales 2013). Turnout rates have also dropped significantly, almost by half. 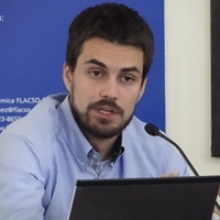 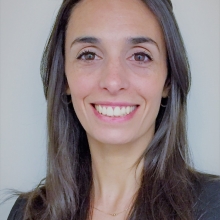 María Marta Maroto
María Marta Maroto is a PhD candidate at the Pontificia Universidad Católica de Chile and Democracy Fellow at the Kennedy School of Government, Harvard University. She has a M.A. in political science with a specialization in Latin America from Torcuato Di Tella University, and a B.A. in political science from Universidad Católica Argentina. Her research focuses on urban politics in middle-income countries. Her recent work has been accepted for publication by Revista Española de Investigaciones Sociológicas and Comparative Politics.