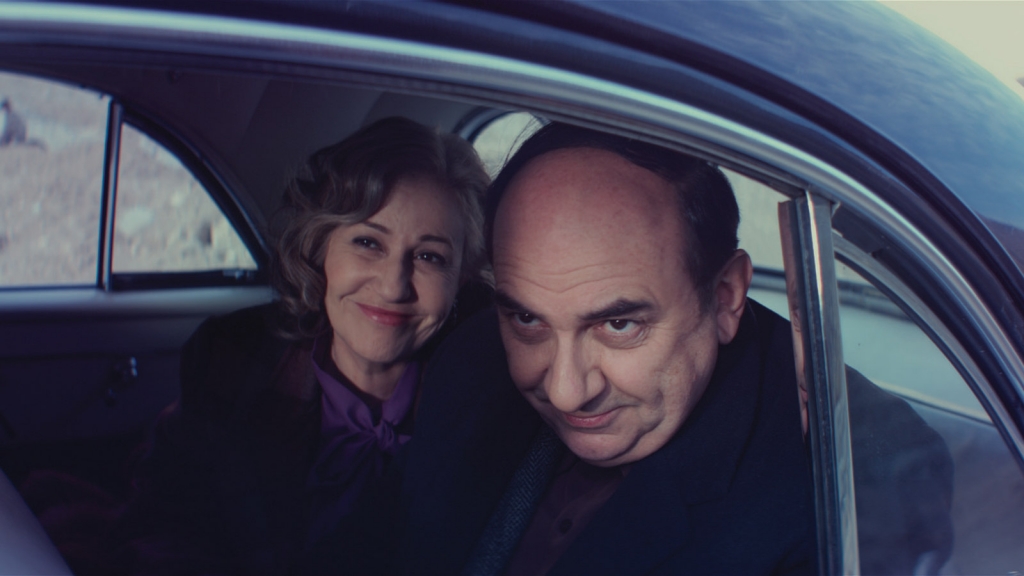 The story of world renown, Nobel-winning poet, Pablo Neruda, will be highlighted in the 2016 film, Neruda, directed by Chilean filmmaker Pablo Larraín. The film is Chile’s 2016 Oscar submission for the Foreign-Language category. Larraín describes the film as an “anti-bio”, the opposite of what many call a biopic1. Rather than describe one’s life in order like in a biopic, an anti-bio creates its own story within the main character’s life. Neruda, begins in 1948 while Pablo Neruda, played by Chilean actor Luis Gnecco, is 44 years old.

For those unfamiliar with Pablo Neruda’s life story, it may be helpful to get a short overview to understand his story before the movie takes place. Ricardo Eliécer Neftalí Reyes Basoalto, born in rural Chile in 1904, was a poet from a young age, writing poems that were published in local newspapers as early as in high school2. In 1920, at just the age of 16, he adopted the pen name Pablo Neruda while we was writing for the literary journal, Selva Austral. His work was especially recognized when Veinte poemas de amor y una canción desesparada (Twenty love poems and a song of despair) published in 19242. His words throughout his lifetime did more than excite the population--Pablo was an international influential voice. His involvement in government gave him a platform to speak out about his emotions and political views. In 1927, the poet began his political career and was appointed honorary Chilean consul, traveling to countries like Burma, Singapore, Buenos Aires, and Spain2. In Latin America, it is common to send poets to be consuls, and once they are better recognized they can even become ambassadors3. During the time that he spent in the Eastern part of the world, he published Residencia en la tierra, a three-part book of poems that reflects on the society and politics of the world in the form of art.

Moreover, Neruda’s time abroad was punctuated with loneliness, but also a spark in his work to be directed towards politics and his discovery of Communism. In 1937 while serving as the consul to Spain, he wrote España en el corazón (Spain in the heart) during the midst of the Spanish Civil War, costing him his consul position in Spain3. He later went to serve as consul of Mexico, where he began writing Canto general, which included poems on the history of Latin America, “man’s struggle for justice in the New World”, and spoke out about workers’ rights. In 1943, Neruda returned to Chile and in 1945 he was elected into the Senate and joined the Communist Party of Chile2.

Pablo Neruda was a political activist, writing letters of support of the striking miners in Chile. His criticism of the then current President Gabriel González Videla was met with exile and an issue for his arrest. Neruda returned from his exile, continued writing and being involved in politics. In 1971, the Chilean Communist party nominated him to be president, but withdrew it in order for the Socialist nominee, Salvador Allende, to run3. Allende gained the presidency and appointed Neruda to be the poet ambassador to France, which is where Neruda got the 1971 Nobel Award for Literature3. Two years later, Pablo Neruda passed away in Chile from prostate cancer; however, the true reason of his death has been debated, many eluding that it was the fault of the Chilean dictatorship4.

The film focuses on the period in Neruda’s life when he strongly criticized President Videla, and was in hiding from government officials, avoiding his arrest. The two main characters are Pablo Neruda and a fictional police officer, played by Mexican actor Gael García Bernal. The movie follows the officer’s hunt for Pablo Neruda.

The film has been criticized, but also praised for not being a traditional life-telling biopic. Director Larraín responds to the critics, saying that it would be impossible to fit all the complexities of Pablo Neruda’s life into one two-hour film1.