U.S Commerce Secretary in Cuba for talks of improving trade

U.S Commerce Secretary Penny Pritzker arrived in Cuba on October 6 for a two- day visit, seeking common ground and collaboration to improve trade relations between the two countries. She told Cuban officials that Washington wants to improve the Communist country’s nascent private sector and that president Castro should let the private enterprises thrive under a more open and free market.

Pritzker was the highest-ranking U.S Officials to visit Cuba after John Kerry, the Secretary of State, who made his groundbreaking visit over a year ago signaling increased normalization between the two former Cold War foes. Since then there have been several measures taken to further strengthen the trade relations between Cuba and the U.S.—in September, President Obama lifted a cap on remittances by U.S-based Cubans, and authorized joint ventures with Cuban state companies and tourist visits to the island on American cruise ships and airlines. However, an overarching U.S. trade embargo still remains in effect with little prospect of being lifted by the Republican-controlled U.S. Congress. Other restrictions, such as a ban on Cuba using the US dollar as currency, have also complicated the implementation of President Obama’s historic measures.

Prior to the Cuban Revolution in 1959, Cuba was one of the richest countries in Latin America, and it was an exotic destination for America’s wealthiest. However such prosperity was marred greatly by its inequality between the urban and rural areas, chronic unemployment and a constricted domestic market. The main reason is that the majority of the country’s national resources such as iron, nickel and sugar, as well as most of the financial sectors, were controlled by American monopolies. The large disparity in wealth distribution greatly shaped Fidel Castro’s post-revolution economic policy. In seizing foreign assets and setting up a public resource distribution system, the socialist government intended to use domestic productivity and relied heavily on Soviet aid. As a result, the economy declined severely while the black market thrived. The limiting number of trading partners meant that Cuba would have to digest most of its products in its domestic market, which does not hold much economic reserve.

Perhaps the severity of the economic crisis in Cuba also contributed to some of the liberalist sentiment by the economists and policy makers alike back in the 1970s and 1980s. As contrast to the fiscal policies reinforced when Fidel Castro was in charge, Raúl Castro is now eyeing a more liberalized approach. In addition to a more open agriculture market, the Cuban government would now permit many other sectors to develop smaller, more privatized firms and corporations. However, since Cuba now is contemplating opening trade, its economy would be more susceptible to the vulnerability of international capital markets. So what roles should the Cuban government take on given this incredible opportunity? And what effect would the measure they undertake have in the near future? Judging from the past century, Cuba needs to find an approach that balances the act of government regulation and the liberalization of the market. Any extremity in the spectrum has been proven to be unsustainable and unstable, resulting in extreme poverty and social instability. 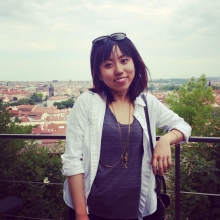 Maggie Lu
Maggie (Yao) Lu is a senior at the University of Pittsburgh majoring in Economics and Information Science. This article was written as part of the course “Latin American Economic Development”, a writing seminar offered by Professor Marla Ripoll at the Department of Economics.