On October 4, 2015, a historic trade agreement was reached between 12 different countries bordering the Pacific, including the United States, Japan, and the Latin American nations of Chile, Peru, and Mexico. Entitled the Trans-Pacific Partnership (TPP), the agreement has culminated with intense rounds of negotiations that have taken place periodically over a seven-year time period. Clearly ambitious in its scope, the TPP can be subdivided into two major components: economic and regulatory fractions. Yet, from the perspective of the Latin American TPP nations, neither of these stated components is the primary incentive in negotiating the deal, and they see the agreement as more of a geopolitical strategy than an economic one. China has been steadily gaining economic influence through expanded trade in the region and their recent economic slowdown perfectly highlights the innate volatility of relying on a single market as means to develop an economy. With this background in mind, the TPP should be considered an opportunity for Latin America to foster relations with alternative trade partners and diminish the contagion effects of a Chinese rescission.

While not technically a “free trade agreement,” the economic portion of the TPP clearly aims at eliminating tariffs and other barriers to trade. In sum, a total of 18,000 tariffs are scheduled to eventually be lifted; though it should be noted that this said timetable varies greatly depending on the country and commodity, and may take up to 10 years to become fully realized in certain cases. Some industries that will be particularly affected by these changes include dairy––where New Zealand will enjoy more open markets in Canada, the US, and Japan––and auto parts manufacturing. The latter may very well come as a detriment to American and Canadian auto corporations and will likely be a significant point of contention in the respective domestic political parties. While Japanese automakers will enjoy easier access to markets in which they already have established manufacturing plants, the effects in North America are less clear. True, large corporations will have access to what was a heavily protected Japanese sector, but the TPP only requires 45 percent of auto parts to be produced domestically (compared to 62.5 percent under NAFTA) and thus this sector has perhaps the largest potential to be outsourced to nations that can produce auto parts at a lower cost.

However, these industries do not have a particularly large presence in Latin America. None of the countries involved have the required production in the dairy sector to be able to compete with New Zealand, and Chile and Peru’s small manufacturing sectors will not prove significant in the auto parts industry. The one notable exception is Mexican manufacturing, yet even in this case the economic consequences may be minimal. Japanese auto manufacturers have long established deeply integrated supply chains in Southeast Asia (where 60 percent of their auto production currently takes place) and thus I foresee very little impact on the Mexican economy from this perspective. Therefore, the elimination of these trade barriers may not represent a shift in economic policy for the three nations. For instance, according to the Heritage Foundation, the average tariff rate in these countries is only 2.56 percent, and considering that all three countries already have separate free trade agreements in place with the United States, it becomes apparent that the Latin American governments have already embraced the free trade principles of the TPP.

Furthermore, looking at the regulation of labor under the TPP has also led to skepticism of the deal’s impact, not necessarily in its scope, but rather in the enforcement of these practices. As the Asia & the Pacific Policy Society notes: “[the TPP] requires members to set and enforce minimum wages, maximum work hours and occupational health and safety standards.” Of the TPP nations, this will likely effect countries in the Southeast Asian region the most, where Vietnam and Malaysia must show significant progress by forming independent labor unions and eliminating human trafficking practices respectively. However, the influence of the deal has the potential of extending to Latin America, particularly in Mexico, where concerns have been raised over depressed wages in the face of an increasingly productive manufacturing sector. The current minimum wage in Mexico stands at only USD$0.62 per hour (US PPP), so certainly a standardized rate would go a long way in addressing this concern. Yet oversight of the labor regulations will prove to be a tremendous challenge, given the ambitious scope of this deal. It will be interesting to see how this hurdle is addressed and will serve as an illustration of just how committed the TPP nations are in establishing uniform labor practices.

That being said, the primary concession that the Latin American TPP nations had to agree upon was likely environmental policy. Specifics have not yet been released, but from my estimation this is the area where Latin America has the room to make the biggest strides forward. For despite recent progress, many Latin American countries still face significant concerns such as deforestation, land erosion, and the distribution of uncontaminated drinking water. Addressing these hurdles, along with the growing threat of global warming, will no doubt have substantial costs for these three Latin American economies.

Why concede this point if the costs of enacting environmental policies could be quite large? The primary incentive is political, just as it likely is for the United States. In a statement released by the White House, President Obama poses that, “when more than 95 percent of our potential customers live outside our borders, we can’t let countries like China write the rules of the global economy…we should write those rules.” Essentially, for the United States, the TPP represents an opportunity to establish what these rules of trade will be. Fundamental labor and environmental laws, despite the ambiguity at this stage, remain a key part of the deal and, from a geopolitical standpoint, the deal pressures China to adopt these said standards in the future. This potential to adopt standardized, humane, and sustainable business practices will likely be the centralized selling point in congressional debates.

It is with this framework in mind that it makes sense for the inclusion of the Latin American nations of Peru, Chile, and Mexico in the TPP deal. For developing closer ties with capitalist economies such as the US, Japan, and Canada could potentially serve as a counterbalance to China’s growing influence in the region. At the very least though, it highlights the different paths various Latin American nations have taken with regards to developmental economics. While no country in the region is truly “protectionist” as they were during the period of import substitution industrialization, many—namely Brazil and Venezuela—have been less enthusiastic to strengthen relations with western economies. Thus, the future economic performance of Chile, Mexico, and Peru could very well dictate what philosophy Latin America as a whole chooses to adopt moving forward. 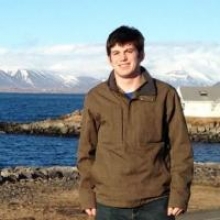 Bruce Donoghue
Bruce Donoghue is a senior at the University of Pittsburgh double majoring in economics and finance. This article was written as part of the course “Latin American Economic Development,” a writing seminar offered by Professor Marla Ripoll at the Department of Economics.