Telling the Story of the Favelas Through Art and Literature 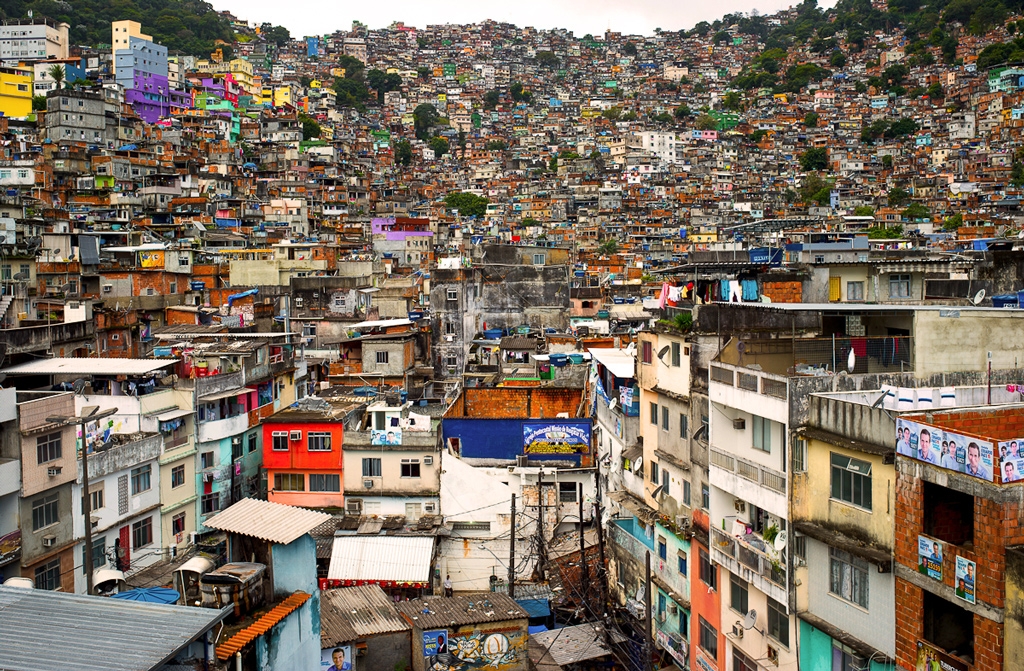 Favelas have long been known as the impoverished neighborhoods surrounding the cities of Brazil. Rio de Janeiro, the second largest city, is home to one of the oldest favelas, Providência, founded in 18971. The original favelas normally consisted of informal housing like shacks, usually made from scrap metal, woods, or other materials. They originated due to a lack of affordable housing, thus pushing poorer citizens to the outskirts of the cities. In the 1970s, a large influx of rural residents moved to the cities, resulting in a spike in the urban population2 and a lack of space to house so many new inhabitants. The favelas are not only for those who make meager earnings, but also for those who simply do not have anywhere else to go.

For many, life in the favelas is hard to understand, nor do many feel the desire to understand the lives of favelados (someone who lives in the favelas). When people have so much to think about in their everyday lives, it is easy to be unaware of what is going on in the world. The exchange of art and literature between Brazil and the United States has shed light on the conditions and lifestyle of the favelas for many Americans and even Brazilians. The use of these creative mediums has brought awareness to the realities of the favelas.
The famous diary, Child of the Dark: The Diary of Carolina Maria de Jesus, is the most successful book in Brazilian publishing history. Written by Carolina Maria de Jesus in 1960, the diary goes through the daily struggle to get food and make a good life for her and her children in the favelas of São Paulo. Carolina’s diary gives a first-person, detailed account of how difficult life in the favelas can be. The seemingly mundane details she runs through range from the meals she eats to how difficult it was to get shoes for herself and her children. Yet details that seem so uninteresting or ordinary to many are the details that cause Carolina stress on a daily basis. She not only touches on her hardships, but also shows how the lack of government aid ultimately affects how the favelados live.Through her straight-forward words, Carolina shows the hunger, neglect, and discrimination the favelados face.
Her eye-opening novel was extremely popular in Brazil once it was published, selling more than 30,000 copies within the first three days. The lives of the favelados were neglected by the government and hidden from those living comfortably. Not only did her novel challenge the government to do more for the favelados, but it also shed light on the realities of the favelas for the whole world to see.
The famous artistic mind, Helio Oiticica (1937-1980), is known for his life-art and interactive exhibits, telling the story of his life experiences. In the 1960s, the Brazilian artist lived in a favela in Rio de Janeiro named Manguiera and cultivated relationships with the people and culture, while also learning samba3. His lived experiences were incorporated into his installations like Tropicalia and Edén, using sand, water, and other natural materials familiar to Brazil to evoke the experience of being in Brazil.
Tropicalia encompasses palm trees, rocks, and sand to show the beaches and structures that surround the favelas in Brazil. Additionally, Edén is an interactive installation where visitors walk barefoot on sand, rocks, water, woods chips, etc. Edén evokes many feelings of how those in the favelas without shoes feel. Unlike faveladas like Carolina, those who walk through the installation can choose where they want to walk. The installation shows that many favelados do not have this choice and must walk barefoot through water or rocks in their daily lives.
The favelas are constantly changing. Today in Rio with 1.5 million people living in the favelas, 95% of the homes are made of concrete, brick, or reinforced steel1.Seventy-five percent have tiled floors and many have electricity and appliances1. In Rio alone, there are 1,000 different favela neighborhoods. As urban populations and rental prices increase, those living in the favelas are increasing as well. And the life of the favelados vary widely across the board. Some favelas are still in slum-like conditions, with high rates of violence, while others are moving to better the community. Projects like the Favela Painting Foundation are embracing the favelas and turning them into art. The project run by two Dutch artists Dre Urhahn and Jeroen Koolhaas looks to turn these urban spaces into monumental pieces of art, and in turn increase local morale and send a positive message to the outside world4.