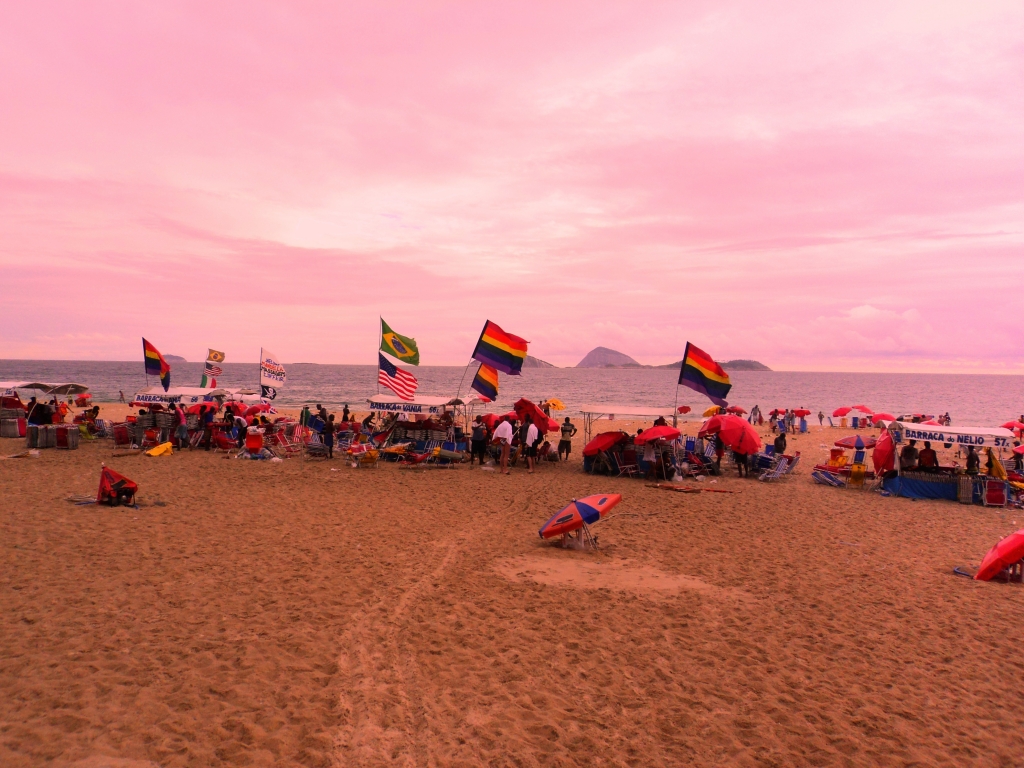 Brazil, like other Latin American countries, is multifaceted when it comes to LGBT+ rights. As a country bursting with art and culture it provides unique opportunities to showcase queer identity through art and celebrate the pride of the community. São Paulo hosts the largest gay pride parade in the world, and the Ipanema neighborhood in Rio de Janeiro is known for being a popular gay destination. However, when a controversial ‘Queermuseu: Cartografias da Diferença na Arte Brasileira’ (Queermuseum: Cartographies of Difference in Brazilian Art) tried multiple times to open it’s exhibit in Porto Alegre and Rio de Janeiro, their extreme roadblocks serve as a reminder to how multidimensional LGBT+ rights and expression are in Brazilian society.

According to the New York Times, the uproar over the queer exhibition began last September when it opened in the cultural center of the bank Santander in Porto Alegre. Protests began immediately, mostly from religious conservative groups, citing the exhibition defamed Catholic symbols and ideas as well as promoted pedophilia. Even the archdiocese of Porto Alegre issued a statement condemning the exhibition as well as Santander for hosting the art. With all the backlash Santander quickly shut down the exhibit and issued a statement of apology to the public. The actions taken by the public as well as the bank bring up important societal questions about freedom of expression and LGBT+ rights. Can queer freedom of expression be squashed by religious groups? Will enterprises bend to the will of the religious groups-- which in turn normalizes the condemnation of LGBT+ culture? The concern over freedom of art, expression, and speech are hugely sensitive in countries like Brazil who experienced brutal and repressive military dictatorships.

After the uproar in Porto Alegre the exhibition tried to move to the Rio Art Museum, but the conservative mayor of Rio insisted that they would not host such an exhibition. Luckily safe havens for gay and transgender rights can be found in cities like Rio, and Parque Lage Art School stepped up to host the exhibition. The famous art school does not shy away from controversial content. On opening weekend the exhibit successfully drew in nearly 7,000 visitors. The Rio Times hails Queermuseu as “the first curatorial platform with an exclusively queer approach,” and calls it the first demonstration of such a large-scale queer and transgender exhibit in Latin America.

Despite the obstacles, the foundations of Queermuseu itself start with support for the LGBT+ community. Brazilians initiated the most successful crowdfunding campaign in Brazil’s history, raising over R$1 million, in order to fund the exhibition. Being the first exhibit of it’s kind in Latin America, it set a new precedent moving forward that not only is controversial queer expression acceptable, but it cannot be silenced. Having societal norms where queer expression is displayed is important to the safety of the LGBT+ community.

The harsh anti-gay violence statistics can be hard to fully understand when Brazilian society is perceived as open and tolerant to expressions of sexuality, like during Carnival or São Paulo Pride. However, in the last couple of years homophobic violence has reached record highs. At the same time, the powerful evangelical caucus in Congress has gained more power and threatened the rights of the LGBT+ community. Anti-gay violence in Brazil can also be traced to the machismo culture and deep-rooted evangelical Christianity that is popular throughout the country. The struggle for Queermuseu to open its doors identifies the underlying homophobic problems in Brazil, but its success shows the evolving progression for LGBT+ freedom.